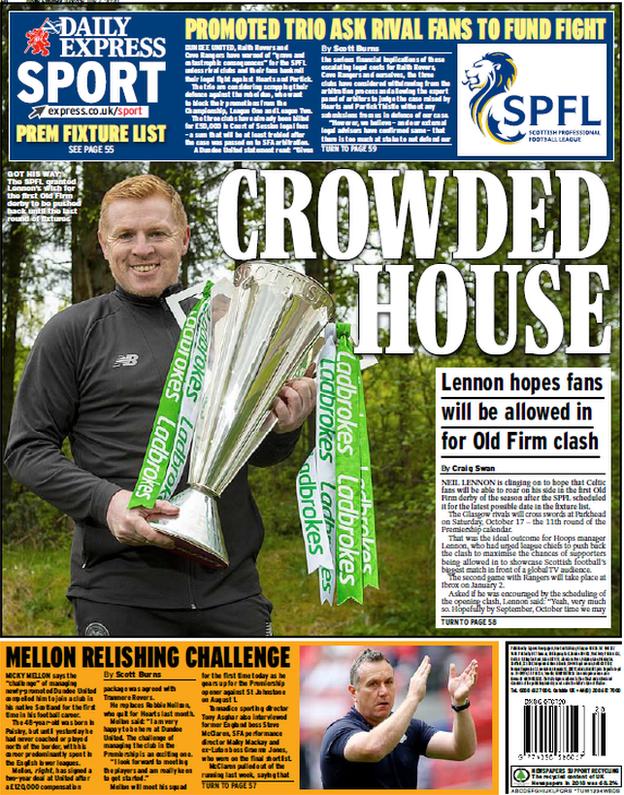 SPFL chief executive Neil Doncaster says fans could be allowed in for the first Old Firm game of the season on 17 October. (Sun)

And Celtic boss Neil Lennon is also hopeful supporters will be permitted at the match. (Daily Express, print edition) 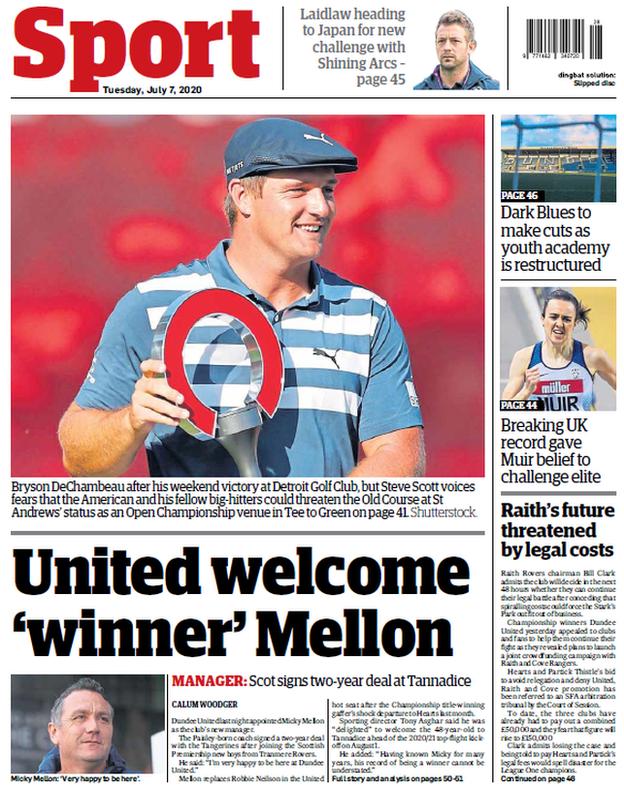 Raith Rovers chairman Bill Clark says the club will decide in the next 48 hours whether to continue their legal battle as he conceded the spiralling costs could force the club out of business. (Courier)

Assistant Michael Beale is "the brains" of Rangers' management team and would be the ideal replacement if Steven Gerrard moved on, says former Ibrox striker Kyle Lafferty. (Open Goal)

Croatia boss Zlatko Dalic has backed Rangers centre-back Nikola Katic to make a full recovery from injury and has left the Euro 2020 door open for the 23-year-old. (Daily Record)

Celtic travelled to Loughborough on Monday for a week-long training camp ahead of friendlies in France against Lyon, Nice and PSG. (Sun)

Boss Derek McInnes says Aberdeen must aim higher than European qualification as he sets his sights on bringing silverware back to Pittodrie. (Sun)

Hearts manager Robbie Neilson aims to tie down 18-year-old full-back Aaron Hickey on a long-term deal to ward off interest from the likes of Celtic. (Herald, subscription required) 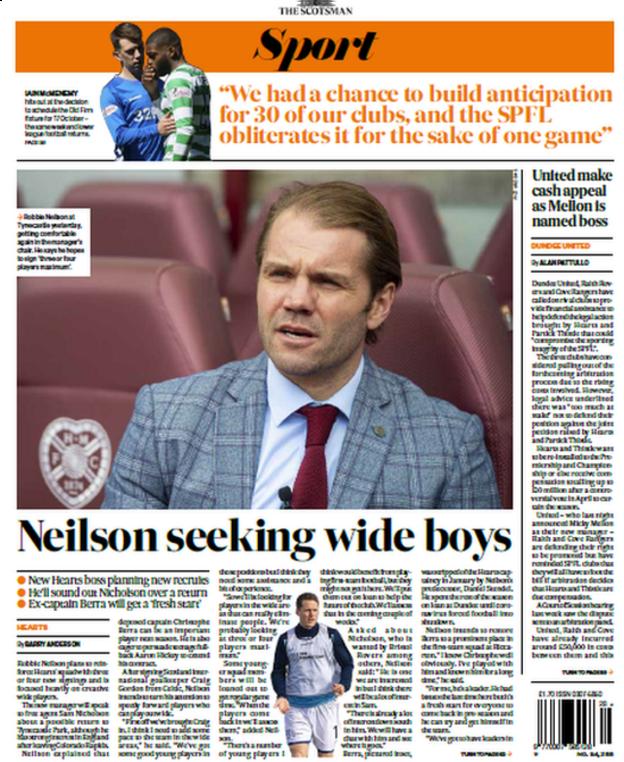 Stenhousemuir chairman Iain McMenemy has criticised the SPFL for arranging the season's first Old Firm game on the same day as the start of the lower leagues. (Scotsman, print edition)

The financial impact of Hearts' relegation to the Scottish Championship will not lead to a cut in funding for their women's team, believes manager Kevin Murphy. (TheTwoPointOne)