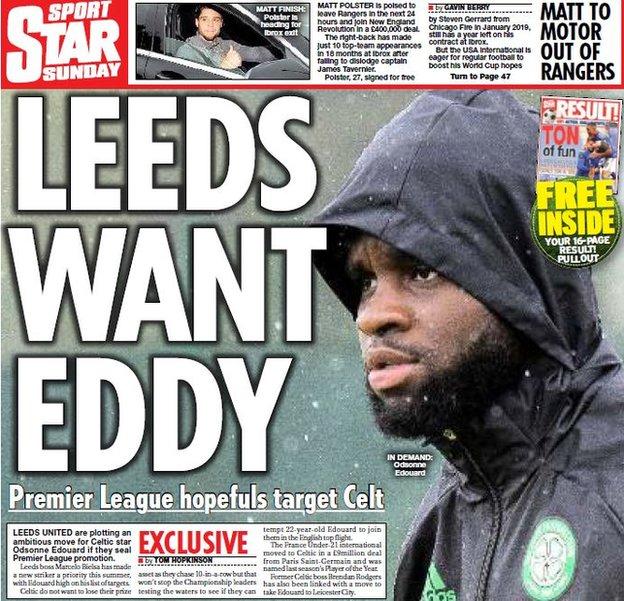 Hearts and Partick Thistle's battle to have their relegations overturned will not delay the 1 August start of the Premiership season, and the Scottish FA expects the arbitration process to begin on Monday. (Sunday Mail)

Winger Ryan Kent, who did not contribute a single assist in 21 Premiership appearances last season, will prove his critics wrong in Rangers' bid to stop Celtic competing 10 in a row, says assistant manager Gary McAllister. (Scotland on Sunday)

Hearts goalkeeper Craig Gordon says there will be "a lot of bad blood for years to come" after the SPFL's summer of carnage that saw the Tynecastle side, Partick Thistle and Stranraer relegated when the season was halted early. (Sun)