Tottenham and Arsenal will be led out by two fearsome Premier League strikers in Sunday's north London derby - continuing a tradition of striking greats in the fixture.

Harry Kane is back scoring after injury and Pierre-Emerick Aubameyang is going for the Golden Boot this season.

But where do they rank in the list of great strikers to play for either - or in one case, both - clubs in the modern age?

We asked you to put our 11-name shortlist in order and here are the results of your selections (results taken at 10:00 BST on Friday, 10 July).

You can still make your own ranked list below, but it won't count towards the result.

Which strikers come out on top? 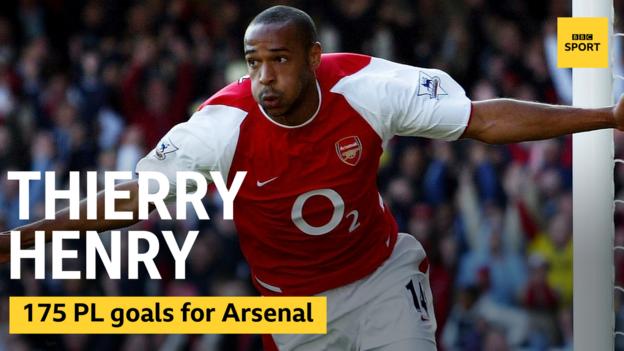 What can you say about this man? Scorer of 228 goals for Arsenal, he won the Premier League golden boot on four occasions and scored 30-plus goals for the club in five consecutive seasons.

A phenomenal player to watch, he also drifted out wide at times and picked up 74 assists in the Premier League as well. Just superb. 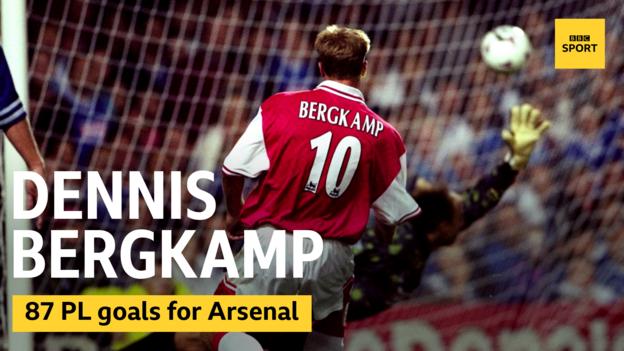 Speaking of players who were a joy to watch... no player on this list has more than Dennis Bergkamp's seven wins in north London derbies, and you can add 94 Premier League assists to his name as well.

A scorer of great goals and a perfect foil for Ian Wright, Nicolas Anelka and Thierry Henry. No wonder he's got a statue. 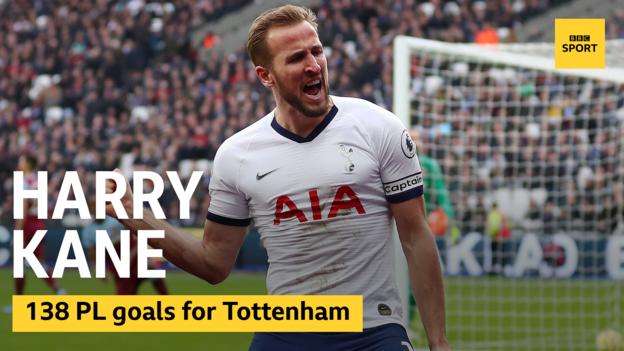 Another phenomenal goalscorer. This list is going to be tough to compile, isn't it?

Harry Kane is waiting for his first trophy with Tottenham but he is top of one list - with 10 Premier League goals in north London derbies, he's ahead of the rest and one to watch this weekend.

Only Jimmy Greaves and Bobby Smith are ahead of Kane on the all-time Spurs scoring chart. Could he break the record? He's still only 26. 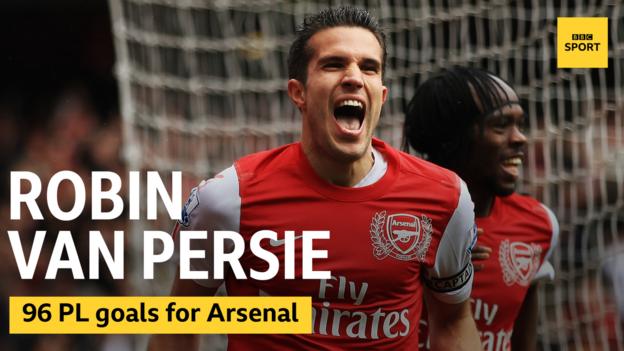 Came as a one-footed spindly winger; left as one of the best strikers in Europe and then gave Sir Alex Ferguson a final title as a retirement present.

He was £2.75m well spent. His 144 Premier League goals put him two behind Teddy Sheringham on the all-time list... 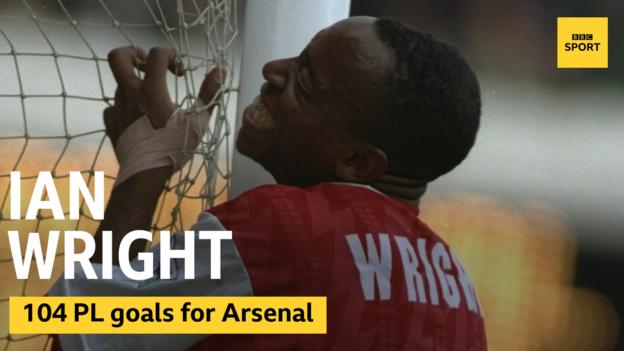 Was 27 when he signed for Arsenal but still became their all-time top goalscorer before eventually being eclipsed by Thierry Henry. Like Henry, Wright was a wonderful striker and capable of scoring all kinds of goals. From 20-yard lobs to scruffy six-yard-box headers, he was the man for the job.

Won the title in his final season with the Gunners and is now approaching national treasure status as a pundit... 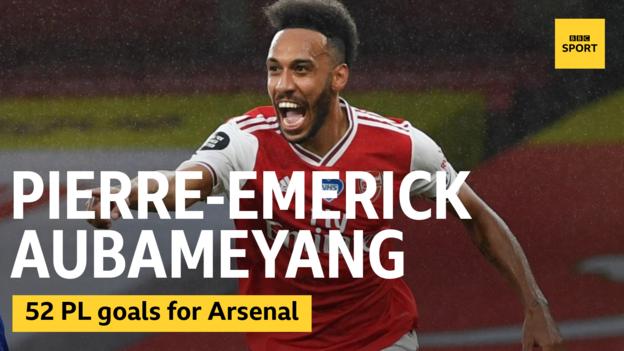 Was approaching 30 when he joined Arsenal two years ago but has made a sensational start to life in the Premier League, reaching 50 goals in just 79 appearances. His future remains uncertain - will he stay at Emirates Stadium? 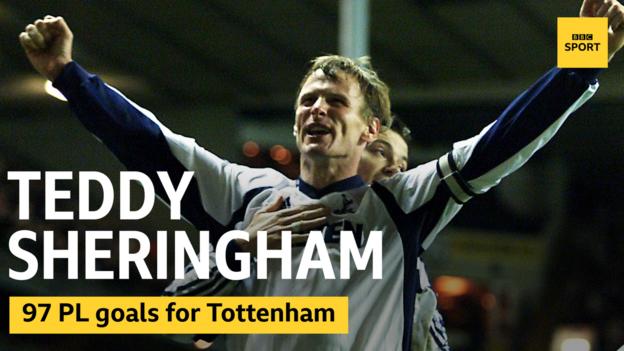 What a player, what a career. Teddy Sheringham had already scored nearly 150 career goals before the Premier League even began. He scored Sky's first live top-flight goal, plundered 98 for Tottenham, starred at Euro 96, left to join Manchester United, won the treble, came back to Spurs, scored plenty more, left again, scored for Pompey and West Ham and eventually retired at Colchester.

Scored in the Premier League at the age of 40 and is 11th on the goalscoring list and ranks 10th for assists. Not bad. 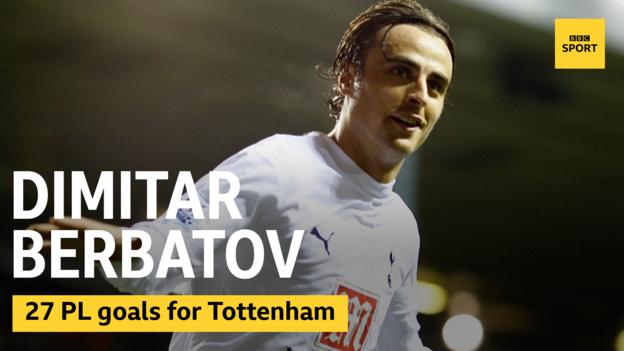 Other Tottenham forwards have scored more goals in the Premier League - apologies, Sir Les - but it was the way Dimitar Berbatov played that gets him in the list.

Iconic, laconic, a man with a golden touch. He was a player even neutrals longed to see while at White Hart Lane. 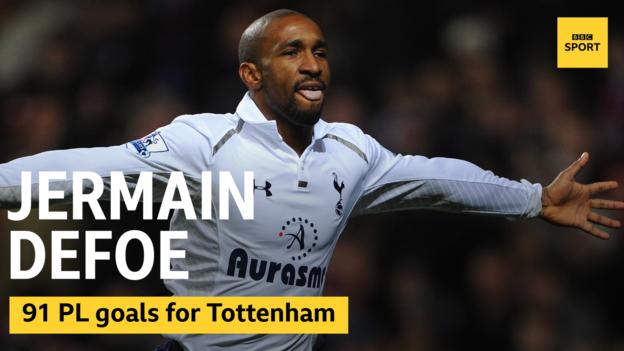 A fabulous out-and-out goalscorer who prospered during two spells at White Hart Lane. Could get a shot away no matter what and is sixth on the all-time goalscorers list for Spurs with 143 in 363 games in all competitions. Still at it for Rangers. 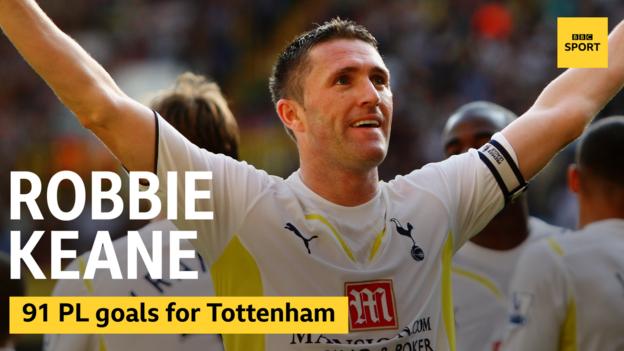 Another forward who had two spells with Spurs, Robbie Keane was prolific worldwide during his fine career. From Wolverhampton to Los Angeles via Milan, Coventry and Glasgow, he scored goals. Possessor of a vintage Premier League celebration to boot. 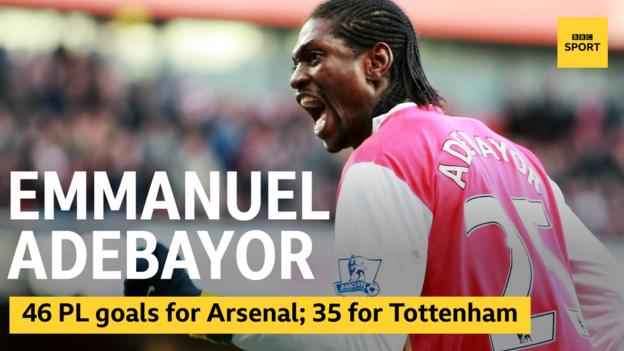 Just released from a club in Paraguay, Adebayor is still going strong at the age of 36. The scorer of 97 Premier League goals in all, he must be keen to join the 100 club at some point. He has scored eight goals in north London derbies - second on the Premier League list. Will he split the vote having played for both?