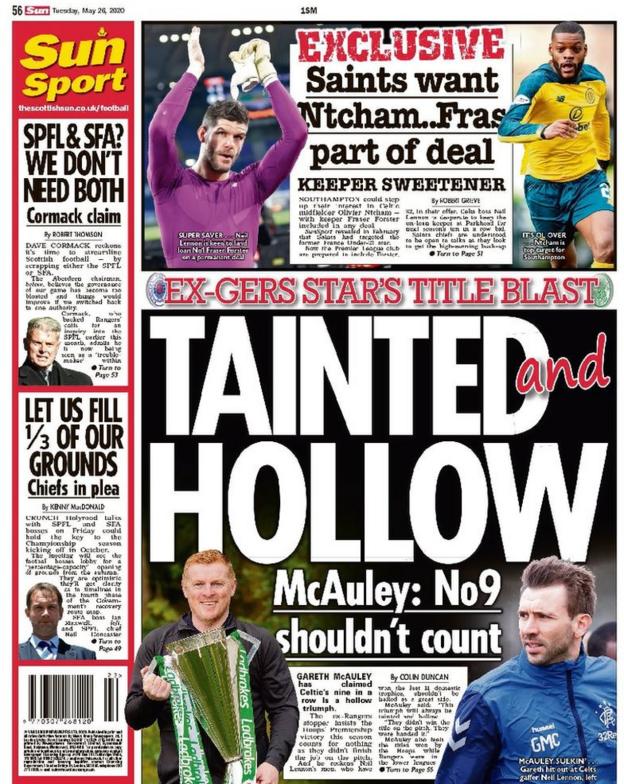 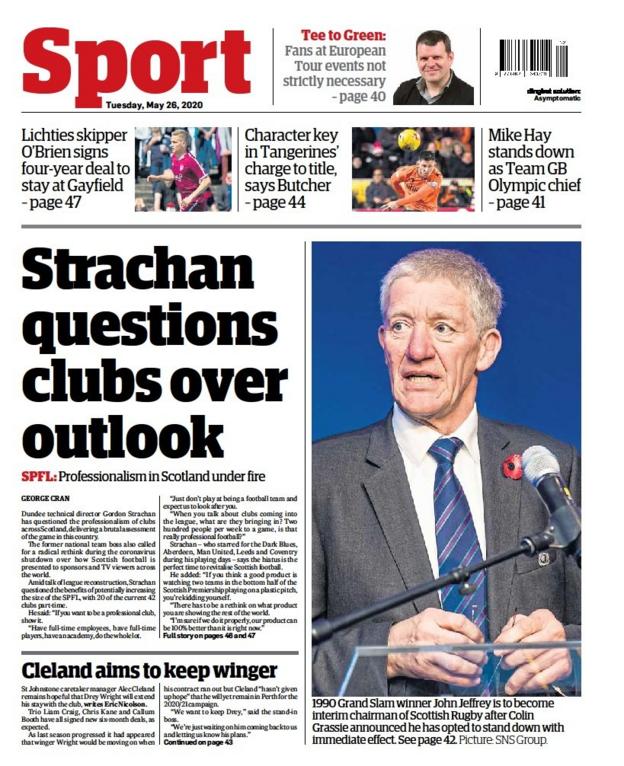 Southampton could step up their interest in Celtic midfielder Olivier Ntcham - with goalkeeper Fraser Forster included in any deal. Neil Lennon wants to bring Forster back for the new season and is prepared to let Ntcham leave the club. (Scottish Sun)

SPFL bosses are set to call an emergency board meeting in the next 48 hours to discuss the next step in the crisis facing Hearts. SPFL chief executive Neil Doncaster will call the meeting on Wednesday or Thursday of this week. (Daily Record)

Hearts face a difficult challenge should they choose to take legal action against the SPFL following the resolution to end the season early, according to a top sports lawyer. (The Herald)

Dundee want football back at Dens Park as soon as possible - even if it means playing behind closed doors. With the possibility of a 16-team top flight mooted, they are determined not to be left behind if the Premiership restarts without the lower leagues. (The Courier)

Kilmarnock captain Gary Dicker feels guilty at being kept on at the club when he sees so many fellow professionals losing their jobs as a result of coronavirus. "You feel lucky and a fortunate one. Some clubs probably will take the easy route and get rid of people," he says. (Daily Record)