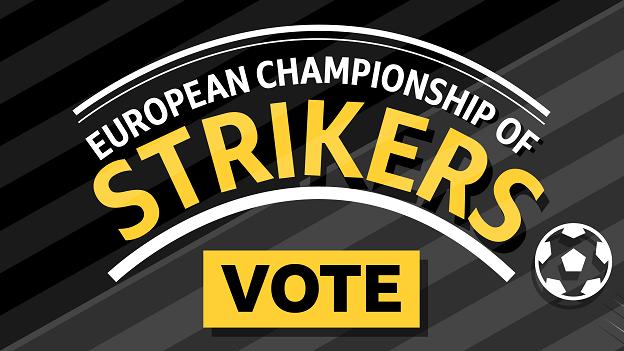 It's official. Cristiano Ronaldo is the best European striker of the 21st century so far - well, according to you anyway.

BBC Sport journalists shortlisted 32 players, who faced off in a day-long knockout competition until you picked the ultimate winner.

To be included on the shortlist, players must have scored at least 20 goals in three seasons and their international pedigree and success has also been taken into account.

The ties were drawn from a hat and throughout Thursday 4 June, BBC Sport asked people to vote for their winners in this page while running a live text commentary to share the results from each round and people's memories of the strikers, using #besteurostriker.

The final was between Thierry Henry and Cristiano Ronaldo, and it was the Portuguese who took the title.

You can see how the day's voting went below.