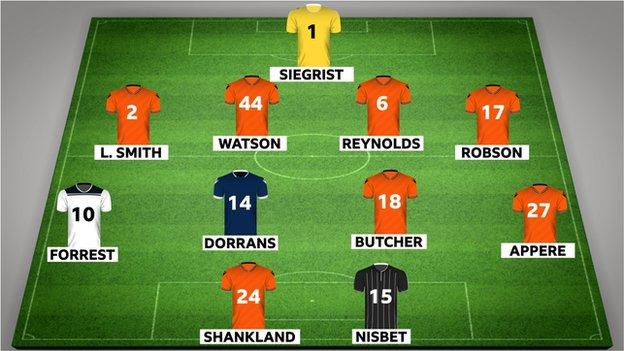 League winners Dundee United have dominated your selection for the Scottish Championship team of the season.

Robbie Neilson's side claimed eight of the 11 spots in the the team, including the entire back four and goalkeeper.

Only three of the 13 most selected players came from other clubs, with Ayr United's Alan Forrest, Graham Dorrans of Dundee, and Dunfermline Athletic's Kevin Nisbet forcing their way in to the side.

You can still have a go yourself, by picking your preferred XI below and using #bbcsportscot to share your team on social media.

Championship team of the year

Choose who makes your 2019-20 Scottish Championship team of the year - and then share it with your friends using our team selector.