Barcelona and Argentina forward Lionel Messi, 32, has denied reports linking him with a move to Inter Milan in a post on social media. (Instagram)

Everton believe that the prospect of working under manager Carlo Ancelotti can persuade Aston Villa midfielder Jack Grealish, 24, to sign for them this summer. (Football Insider)

Meanwhile, Coutinho's agent insists "everything is a possibility" when it comes to the Brazilian's future but he will not use his influences at Arsenal. (Sky Sports)

Roma have offered Chelsea midfielder Pedro, 32, the chance to join the Serie A club, with the Spaniard out of contract at Stamford Bridge this summer. (Mirror)

Some 35 players have scored three or more Premier League trebles - who are they?

Arsenal manager Mikel Arteta says he is planning "two or three different scenarios" when it comes to this summer's transfer window. (Sky Sports)

Arsenal and Manchester United are both in the race to sign Bayern Munich's 25-year-old French midfielder Corentin Tolisso. (Foot Mercato - in French)

Former Nigeria goalkeeper Dosu Joseph says compatriot Odion Ighalo, 30, has done enough to secure a permanent move to Manchester United from Shanghai Shenhua - from where the forward is on loan. (Goal.com) 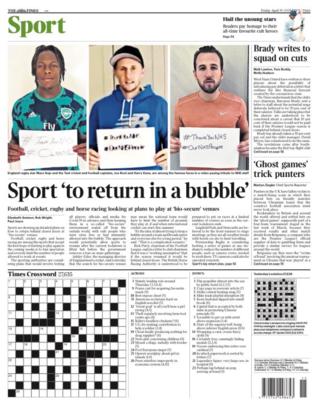