It's around this time of year that clubs start preparing to reveal their kit designs for next season.

But we might have to wait a little this time around, so we've been reminiscing and appreciating some of the most iconic kits from years gone by.

We asked BBC Sport journalists for their suggestions and, although there were plenty of classic kits that didn't make the cut, we've narrowed it down to the 20 below.

Which is your favourite? Take a look through and vote at the bottom of this page.

Don't worry if your favourite hasn't made the shortlist - you will get the chance on Thursday to get involved and tell us.

In a live text, from 11.30 BST, we will reveal the answers to the vote - while also asking for your views, memories and pictures of your own classic kits. 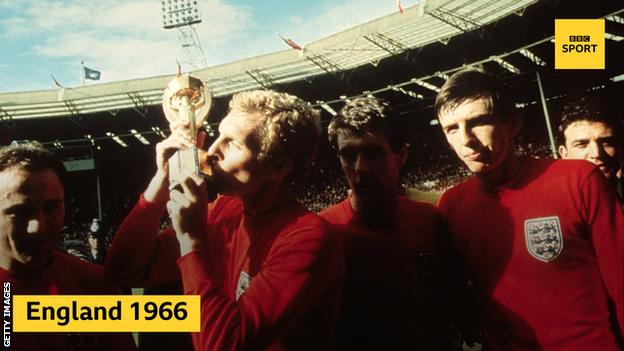 We start with the long-sleeved red Umbro shirt in which England beat West Germany 4-2 to win the World Cup in 1966. Sir Alf Ramsey's side only wore red at Wembley that day because the Germans won the toss to wear white. It's still a shirt loved by Three Lions fans and worn regularly more than 50 years later. 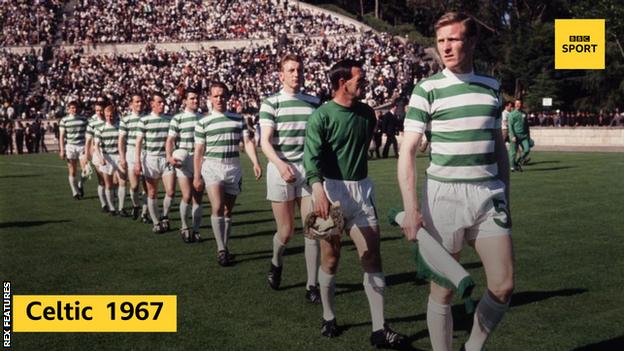 This famous shirt was worn by Celtic's 'Lisbon Lions' when they wrote their name into the history books with a 2-1 win over Inter Milan in Portugal to become the first British team to win the European Cup. 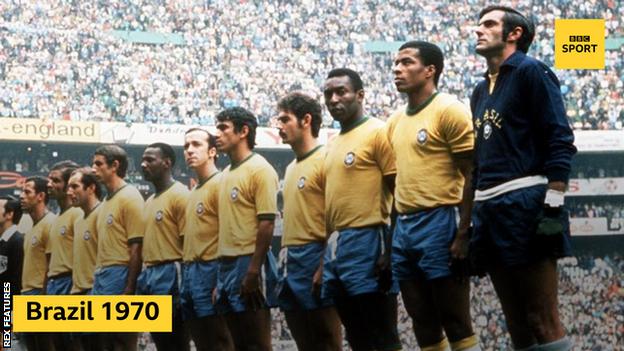 Very similar to most other Brazil kits, but this one is a retro classic. Worn by the great 1970 World Cup-winning side and the last shirt Pele sported before retiring from international duty. 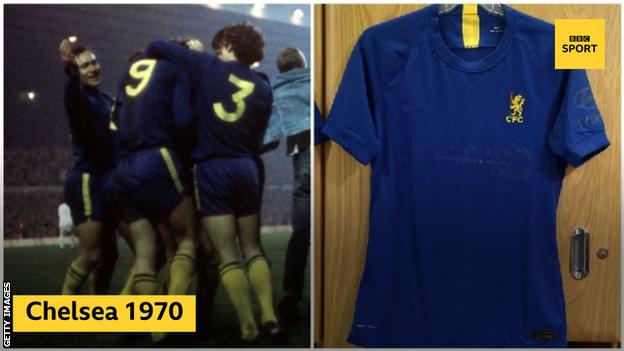 To avoid a clash with Leeds in the 1970 FA Cup final, Chelsea swapped their usual white socks, shirt piping and club badge to yellow. They went on to win 2-1, lifting the famous trophy for the first time in the club's history. To celebrate the 50-year anniversary, the Blues wore a one-off modernised commemorative replica kit for their third-round home tie with Nottingham Forest in 2020. 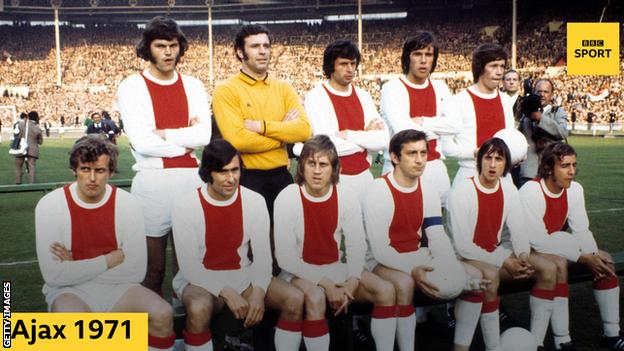 Simple but an absolute beauty. It was in this kit that Ajax beat Panathinaikos 2-0 at Wembley as they won the first of three consecutive European Cup finals. 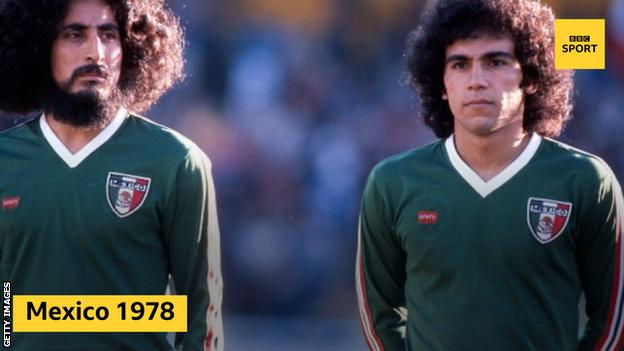 One for the history books. After missing the 1974 World Cup, Mexico arrived at Argentina 1978 in style. Their kits were designed and made by American denim giants Levi's. 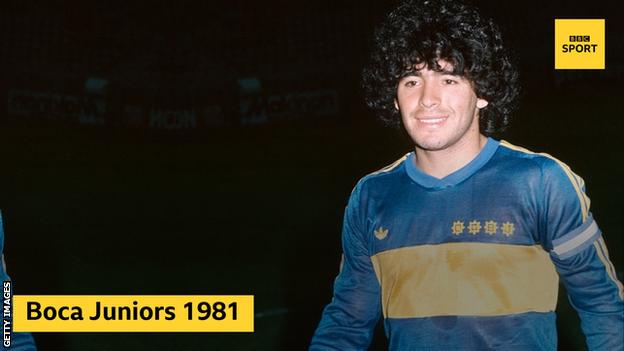 This shirt screams Diego Maradona. It was the first shirt to feature Boca's four-star crest alongside their famous blue and gold colours. Adidas pulled it out of the bag with this one by producing a shirt that is still sought after almost four decades later. 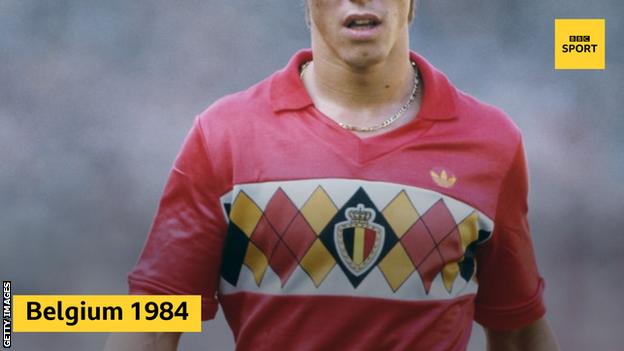 Although the 1984 European Championships were forgettable for the Belgians, who didn't make it out of the group, this shirt lives long in the memory. The national team brought back the diamond design to inspire their 2018 World Cup kit. 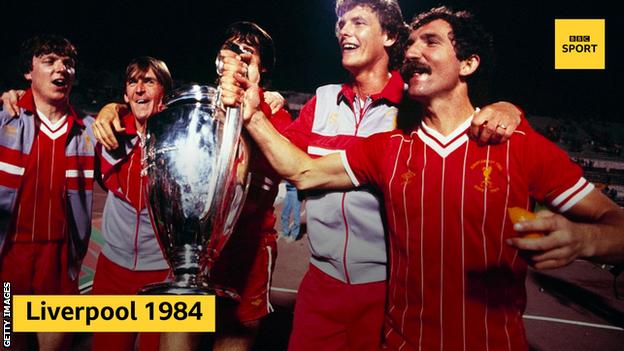 Liverpool wore a near-identical home shirt from 1983-1985, but this sponsorless edition worn for the 1984 European Cup final in Rome stands out. Joe Fagan's side beat Roma on penalties that night, and the famous shirt was used to inspire the Reds' 2019-20 kit. 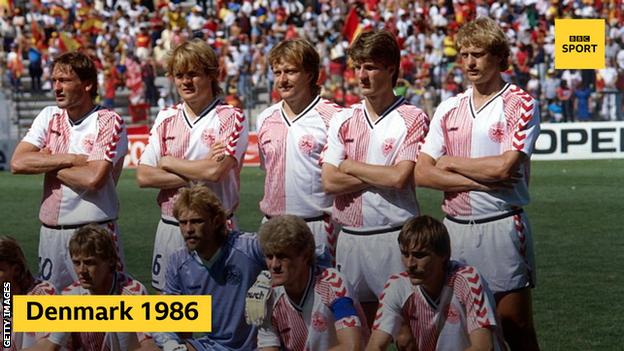 Denmark made their World Cup debut in style. Much like the shirt's split panels, the design divided opinion back in the day. But it was the first of its kind - Coventry and Southampton were among the clubs who later wore similar designs. 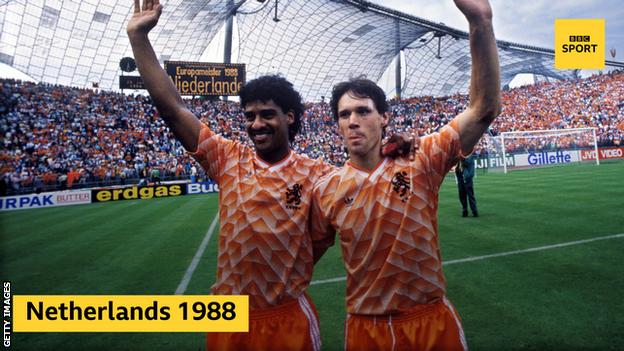 One of the most sought-after shirts of all time. It's safe to say the Netherlands looked the part as they won the European Championship for the first time. 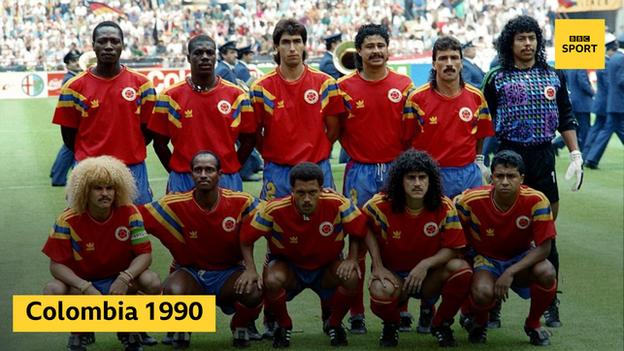 Colombia always have great kits and they arrived at the 1990 World Cup after a 28-year hiatus from the competition with this absolute belter. The iconic design was used to inspire Los Cafeteros' shirt for the 2018 World Cup in Russia. 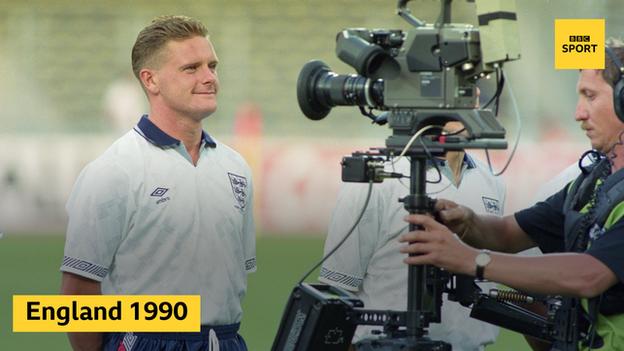 Bobby Robson's side reached the semi-finals at Italia 90 in the World Cup that had it all. From Paul Gascoigne's tears in Turin and THAT Chris Waddle penalty miss, to Gary Lineker's vital goals, there are so many memories attached to this England shirt. 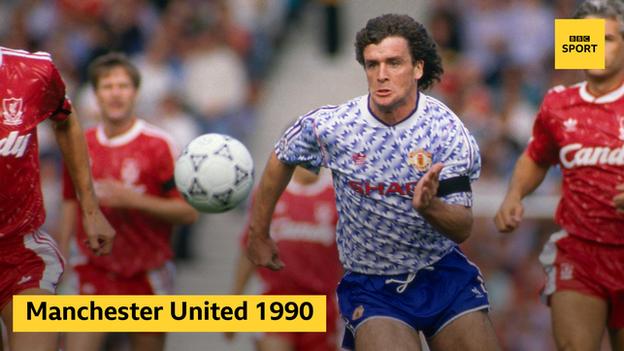 Man Utd have had some great shirts over the years but this one is truly unique. The Aztec-style graphic on the away shirt was a fans' favourite and remains popular today. 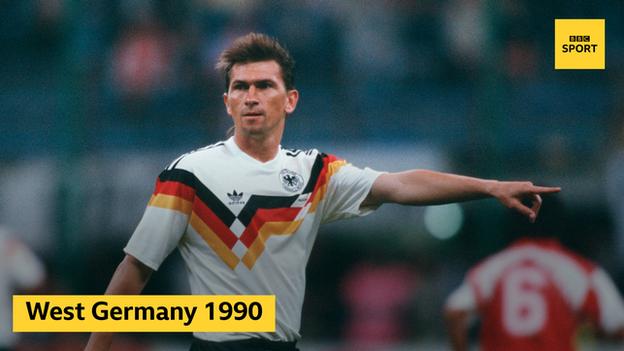 The shirt worn by the Germans as they beat Argentina to win the 1990 World Cup. The slick design has become a retro classic and is still as popular today as it was 30 years ago. 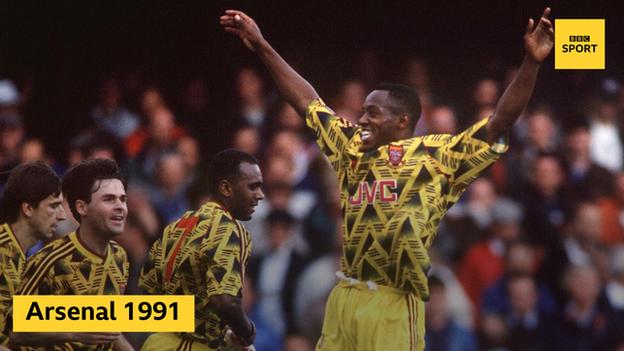 Arsenal's 'bruised banana' has to be one of the most legendary top-flight kits of the 1990s - if not ever. So popular, the Gunners used it as inspiration for their 2019-20 away shirt. 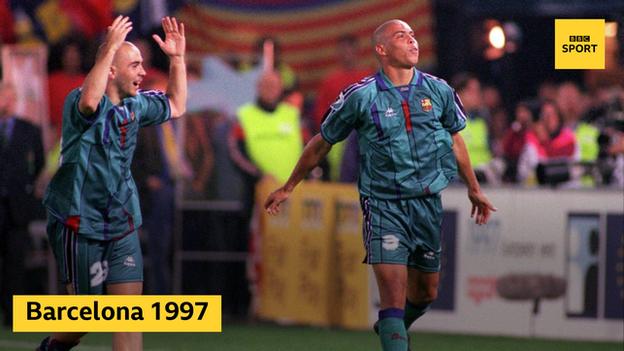 It's hard to find a bad Barca shirt from over the years but this away kit is a gem, and synonymous with Ronaldo, as this was the only season he spent with the Catalan giants. Worn in the 1997 Cup Winners' Cup final where the Brazilian's penalty was enough to beat Paris St-Germain in Rotterdam. 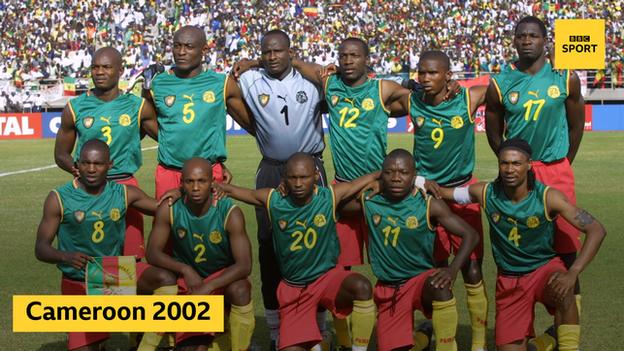 One-of-a-kind, but Cameroon's controversial sleeveless shirt didn't go down well with everyone. It was banned by Fifa for the 2002 World Cup in Japan because 'they're not shirts... they're vests'. 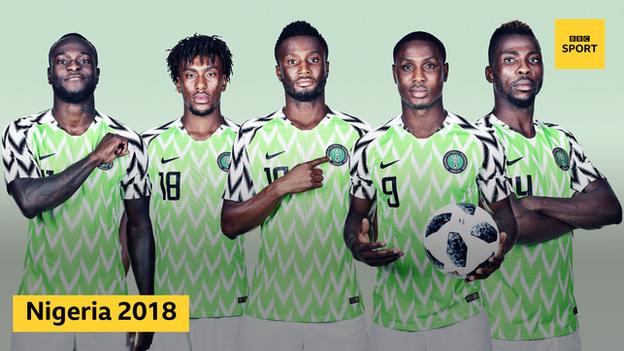 Nigeria took the world by storm with this release for the 2018 World Cup. Fans queued for hours outside Nike's flagship store in London to get their hands on one, and with three million pre-orders of the replica shirts, they sold out almost immediately after they were released. 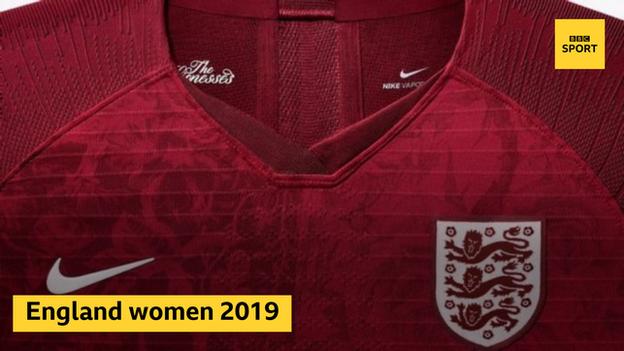 There was a lot of hype around this release before the 2019 Women's World Cup. It was the first time the Lionesses had their own exclusive kit, and the rose detail on the crimson shirts made it truly unique.