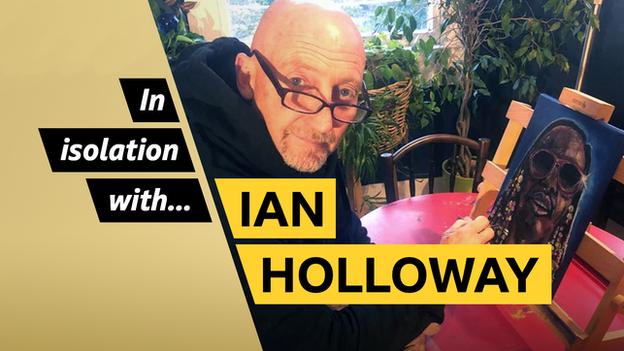 With much of the planet in lockdown because of the coronavirus pandemic, people from all walks of life have had their worlds turned upside down - including sports stars who have been left with no sport to play.

In the second part of our 'In isolation with...' series, Grimsby Town manager Ian Holloway, who guided both Blackpool and Crystal Palace to the Premier League, talks about how his love of painting is helping him through isolation.

My whole life feels worthless right now because I'm in the entertainment business and we've been shut down, yet the earth's still turning.

And you know what? It's quite a nice feeling not to be important because it makes you think about other things that are real.

Community, looking after each other and recognising the real heroes around us - those people working for the NHS who are protecting us. These are things we should place real importance on.

Football isn't a necessity, but I also want people to again see it as one because it can make you feel part of something. When you support a club you are part of a tribe, a community and that is something everyone is finding to be incredibly important right now.

At this moment in time we are without football. I don't think I'm alone in saying that, for me, football is something that takes over your mind and everything else.

I wouldn't say it's keeping me sane. I'm trying to keep away from the DIY, to be honest, because I'm absolutely rubbish at it.

I've always been into art and did a lot of it when I was younger. My father wanted me to be dedicated and from the age of six I wanted to be a footballer. Being dedicated also meant not going out much, so I drew and did all sorts of things. 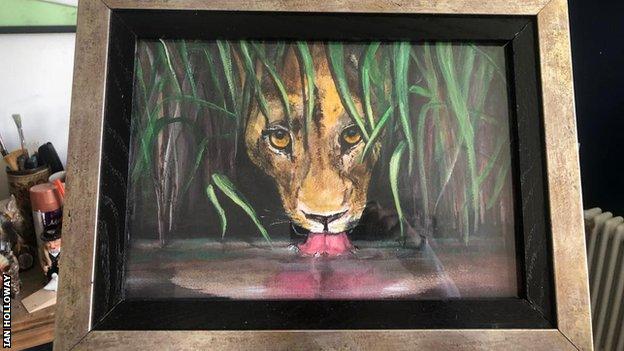 I've always loved working with black pens - deep down all I really want to do is draw because I feel so much more comfortable with a pencil in hand, but right now I'm trying to experiment with paints. It's not my best, but I'm having a go.

At the minute, I'm at work on a portrait of Stevie Wonder. What I do is copy images I like and this particular piece is the image of him on the cover of his 'Hotter than July' album.

I took an acrylic course last year in the local village, so I'm trying to use acrylics and can't say I've cracked it at all.

Kim is the one who is very, very good. She is the artist.

We've always tried to find things to share because she is my best friend as well. Right now I'm tinkering with the portrait and it's at a very delicate stage - and, oh my word, what she's done is tell me to change the background! And you know what? I think it's worked. She has given me the thumbs up.

The background was red and she said it was just terrible, so I've gone back to the blue. She doesn't muck about, she tells it how it is. That's the best way to be, isn't it? If you scroll to the bottom of this page you can see the finished article.

I'm really exploring what I'm doing with paints right now, it is more heavy brush strokes than fine detail. I've taken inspiration from Zinsky. He is an incredibly talented artist who is becoming very famous. 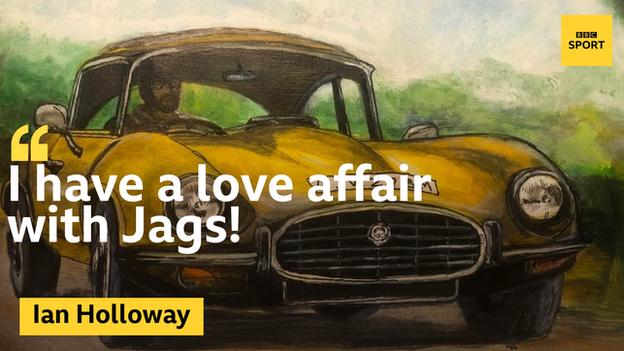 One of the many pictures I have up on the wall is a painting someone did of me a few years ago when I was Blackpool manager. After that I went on and did the Blackpool Tower myself while I was really just learning.

It was actually in Blackpool that a friend of ours, who had paintings up at a local pub, said to both Kim and I that we should have a go.

He bought us a canvas each and we just used his oils. That was the start of it all and that was 11 or 12 years ago now.

Really, I got to a stage where I wanted some lessons because I have to constantly be improving at things.

Life is all about practice, and you have to work at the things you enjoy doing. I enjoy being both busy and affecting people, making them believe in themselves while sometimes I struggle to believe in myself.

If you see the work my wife has done, it's just wow! Some of her stuff is so, so lovely. And she is only now calling herself an artist. She has always been artistic, but never had that belief in herself.

She inspires me because she just goes for it, she has done so many different things, it's unbelievable. It's all straight out of her head, I'm nowhere near that. 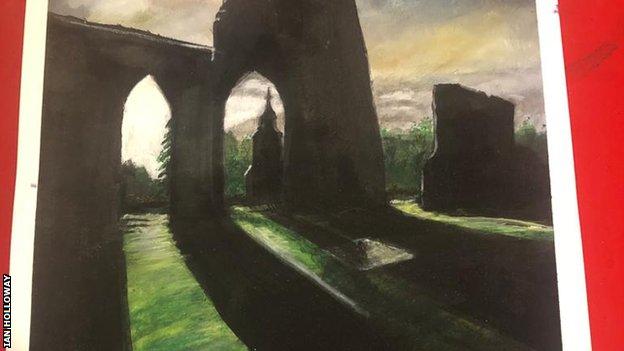 These are ruins I copied from a picture. Kim showed me how to do it, she put all the grass in and it took her about half a minute. Then she said I could go right over the top of it.

It took me ages doing the sky and I got more and more annoyed with myself. Then she said 'now for the fun bit', which was whacking in all the dark ruins and shadows with one brush followed by putting tiny bits of white down the side. And just like that, it went 'pop'.

We are at home with one of our daughters and it's no trouble to be home for any length of time because we just don't get on each other's nerves at all. We just blend in.

I've got a lot of jobs to do as well, but I've done a lot of them so now I want to inspire myself to do something, a painting, and like it rather than get angry with it.

What I usually have to do is put them away and leave them because I don't like what I've worked on when I've finished because I only ever see what is wrong with them.

That, I think, has to do with football where you get your lads to play and then you review it, then you redo things because you are always looking for faults and correcting them.

What I'm trying to do is enjoy every second of life, but right now that's impossible because I'm not with all my family and life is very different and I'm worried for others.

But Kim and I have a lot of life still to do, before the lockdown I even went metal detecting with her.

It is her hobby and not really mine because I'm not that patient, but you have got to enjoy the time we have together. And we are. 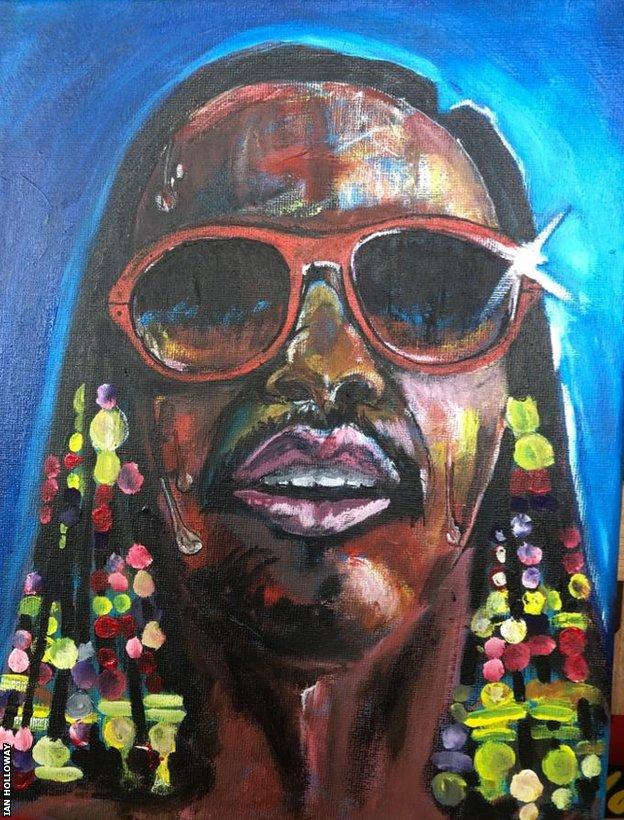