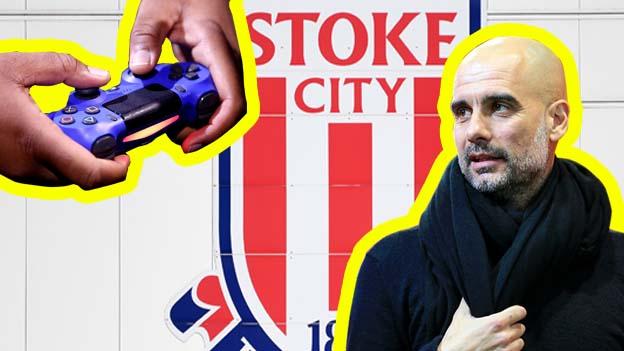 Some people have been getting productive during lockdown.

It’s been 18 days (and counting) since elite football was halted in England, Scotland, Wales and Northern Ireland and a week since the UK went into lockdown.

How have you used the time?

Have you finally sorted out your tax returns?

Have you launched that makeup tutorial channel?

Simply taken the opportunity to reconnect with family?

Or have you done something really impressive, like winning the quadruple with Salford City?

We asked people online to tell us how their virtual football seasons have been going in the footballing computer game world over the past few weeks.

Here’s what they told us…

Can he do it on a cold rainy night in Stoke? 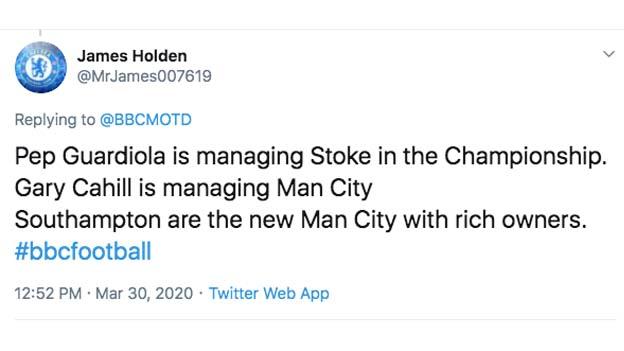 For anyone who’s ever wanted to see Pep test his mettle without the usual budget, this could be their chance.

Meanwhile, in an alternate universe, Southampton are no longer a feeder-club for Liverpool and may be poaching some of the Reds’ youngest prospects.

In a world that exists exclusively in one man’s household, Rangers have not only eclipsed Celtic’s European record (the Hoops won the European Cup in 1967), but Scotland are World Cup contenders.

Where next for Greenwood? Management? Punditry?

He was one of United’s top scorers that season and an international call-up for Euro 2020 beckoned. To think of the storied career he’s had since. Will he take over management at Old Trafford one day?

Guy Mowbray has a point to prove

In a world where anything seems feasible now, would it be that strange to see Guy hanging up his mac and picking up the phone to Tamworth?

Salford City are the biggest club in Greater Manchester 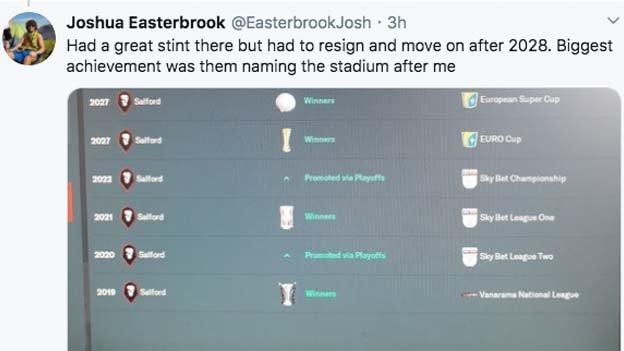 The year is 2028 and, almost 30 years after Manchester United completed a historic treble, their neighbours Salford City – no longer the minnows of Manchester - have just gone one better with a glorious quadruple.

Aidy Boothroyd brings the kids through at Liverpool

After proving himself able to nurture young talent with the England Under-21 team, the Yorkshireman has now taken up residence on Merseyside. Will he be able to continue the legacy Jurgen Klopp started there?

Sheffield United in Europe? Not having it…

Okay, so, this one, you couldn’t write. Sheffield United qualifying for Europe in their first season in the big time? Too far-fetched. Hang on… could it happen?

We’ll have to see when/if play resumes for the 2019-20 Premier League season – Sheffield United currently sit seventh in the table – two points behind fifth and five points off the top four, with a game in hand.

Meanwhile, if you like football games you can touch – and, also, if you like your football past-times to have a pleasing, poetic profundity to them, you will most likely enjoy what this Cliftonville fan has done in recreating the Solitude stadium, whilst the real one sits empty during lockdown.