Match of the Day: Top 10 podcast

Newcastle United are keen on taking Burnley midfielders Robbie Brady and Jeff Hendrick, both 28, on free transfers. The Republic of Ireland internationals are out of contract at Turf Moor in the summer. (Newcastle Chronicle)

Arsenal midfielder Henrikh Mkhitaryan hopes to turn his loan move to Roma into a permanent one this summer. Arsenal want £18m for the 31-year-old Armenian, but the Italian club only want to pay £10m. (Mail)

The Premier League have been informed of a bid led by the Public Investment Fund of Saudi Arabia for the proposed £340m takeover of Newcastle United. (Telegraph - subscription required)

Putting Premier League players in quarantine in hotels for a month is one idea being considered to get the season finished in June. (Mirror)

Barcelona and Spain legend Xavi says he is ready to manage the La Liga club but insists there cannot be any “toxicity” in the dressing room. (La Vanguardia - in Spanish)

Aston Villa's 33-year-old English goalkeeper Tom Heaton wants to go into coaching at the end of his career and is hoping to return to former club Burnley. (Independent)

Everton remain hopeful of getting planning permission for their proposed new stadium this summer, despite the coronavirus pandemic. (Liverpool Echo) 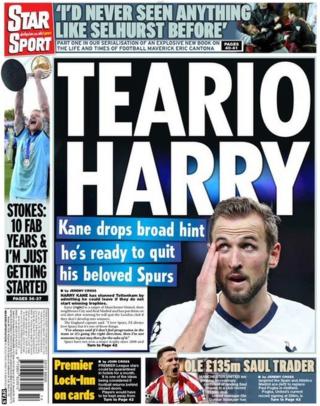