The Premier League has featured some of the world's best players since it began in 1992.

So picking the first two inductees when it launches its Hall of Fame isn't exactly the easiest job.

That's why we asked you to get involved by ranking your favourites from a shortlist drawn up by BBC Sport. And you did exactly that, with almost 80,000 of you taking part.

So who did you select? We asked you to rank the 10 in the order in which you thought they should be inducted into the Hall of Fame, with your preferred selections for the initial intake as numbers one and two.

You can see the results below.

You can still play along at the bottom of the page but the vote is now closed.

The two inductees selected are: 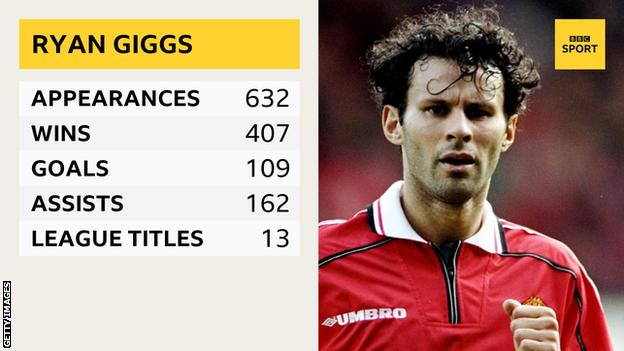 Unsurprisingly Ryan Giggs - the Premier League's most decorated player with 13 Premier League titles and 632 appearances to his name - heads your list.

The division's original wing wizard, Giggs' early career was characterised by his searing pace, trickery and his ability to get up and down the left touchline. His later years saw him modify his game as a central midfielder, where he showcased his ability to pick a pass.

He holds the record for the most assists in Premier League history, was awarded an OBE in 2007 and was voted BBC Sports Personality of the Year in 2009.

Did you know? Giggs assisted a Premier League goal for 45 different team-mates during his Premier League career, more than any other player in the competition. 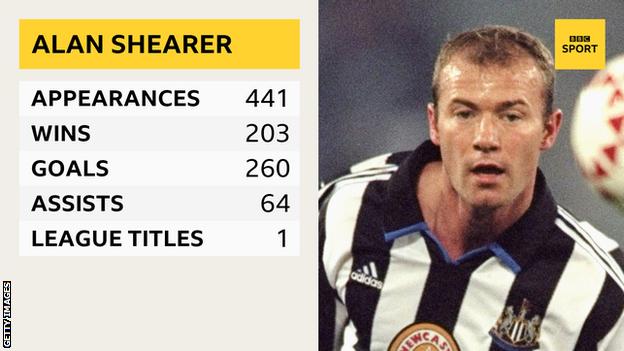 On sheer weight of goals alone, Alan Shearer has no Premier League equal.

During his career, Shearer made two record-breaking British transfers. His £3.6m move from Southampton to Blackburn took place in the summer prior to the Premier League beginning and helped Rovers break the hold of the big-city clubs to become champions in 1994-95. In the summer of 1996 he joined hometown club Newcastle in a record-breaking £15m move and he is one of only five players to win the PFA Players' Player of the Year award more than once.

While he was unable to add any further winners' medals to his collection while in the north east, the former England forward scored a deluge of memorable goals and became a legend for the Toon Army.

Did you know? In 1993-94, Shearer's goals were worth 32 points to Blackburn Rovers - a record for a player in a single Premier League campaign.

Here's how you ranked the other shortlisted players' 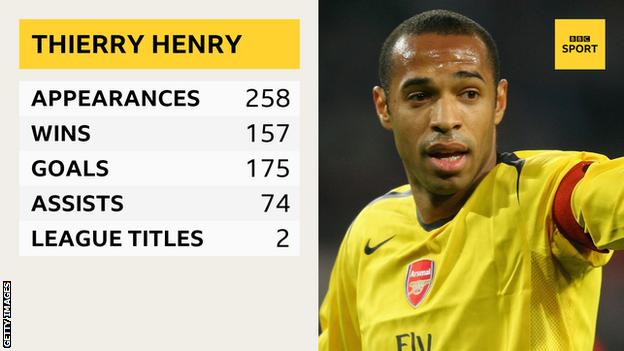 Arsenal fans were still perplexed by the sale of French forward Nicolas Anelka to Real Madrid when his compatriot Thierry Henry arrived at Highbury in the summer of 1999.

After struggling to make an impact for Juventus in Serie A - albeit he was largely played as a winger - few would have guessed that the Gunners' £11m signing was going to become one of the best forwards in their history, if not arguably the best the Premier League has seen.

Possessing lightning pace, superb dribbling skills and a predatory eye for goal, Henry flourished in a central role and as many a Premier League defender would testify, was unplayable on his day.

Did you know? Henry's 175 goals made him the highest-scoring overseas player in Premier League history - until Aguero overtook him this season. 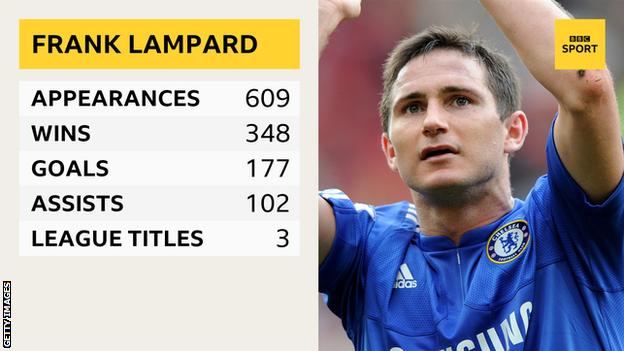 While Frank Lampard had started to make a name for himself at West Ham, it was not until after his £11m move to Chelsea in 2001 that he became recognised as one of the Premier League's top midfielders.

An ever-present in the side that claimed Chelsea's first top-flight title for 50 years during the 2004-05 campaign, Lampard's ability to drive forward and shoot accurately from distance brought him goals and adoration alike, with former manager Jose Mourinho once calling him the "best midfielder in the world".

A Champions League winner in 2012, Lampard's enduring ability took him to Manchester City and New York City before he brought the curtain down on his 21-year professional career.

Did you know? Lampard has scored against a record 39 different Premier League clubs. 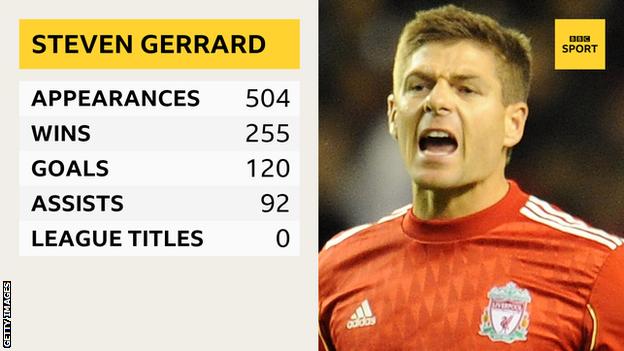 There were times during Steven Gerrard's 17-year Liverpool career when it appeared as though the midfielder was propelling the club forward on his own.

Often played on the right in his early Anfield days, Gerrard became the ultimate box-to-box central midfielder who was capable of inspiring those around him.

Blessed with superb stamina, a powerful shot and excellent crossing ability, he scored 120 goals in 504 top-flight appearances and is sixth on the Premier League's all-time list for assists.

Did you know? Gerrard has been directly involved in more Premier League goals for Liverpool than any other player (120 goals, 92 assists). 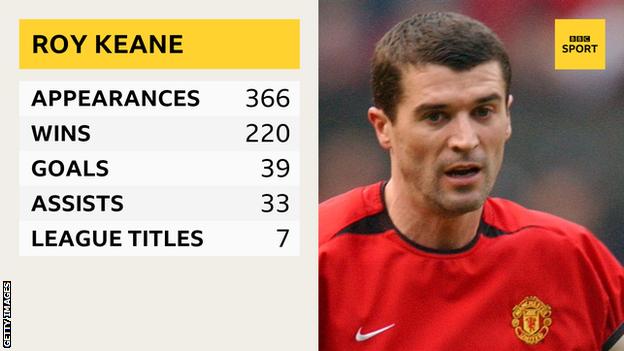 Roy Keane had already earned a reputation as a fiercely competitive midfielder at Nottingham Forest before he joined Manchester United in 1993 for a then British-record transfer fee of £3.75m.

A key component of two Double-winning sides, the Republic of Ireland international was thrust into the role of captain after Eric Cantona's sudden retirement in 1997 and was instrumental in United's Treble-winning season in 1998-99.

Keane was feared and respected by team-mates and opponents alike and his range of skills and qualities ensured he was regarded as a world-class midfielder and as one of United's greatest captains.

Did you know? Despite leaving Old Trafford 15 years ago, only four players have won more matches with United in the Premier League than Keane - Giggs (407), Paul Scholes (321), Gary Neville (256) and Wayne Rooney (250). 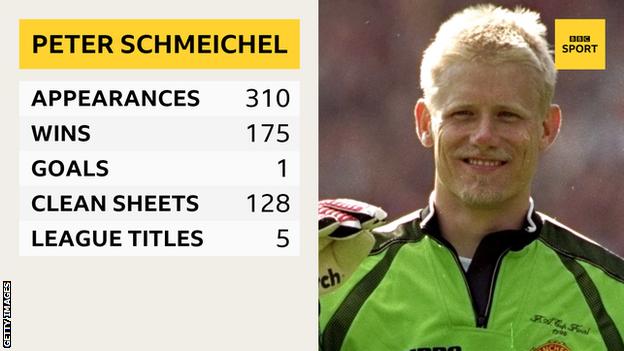 While the signing of Eric Cantona from Leeds is often cited as the masterstroke from Sir Alex Ferguson that transformed Manchester United into the Premier League's first dominant force, the acquisition of Schmeichel, from Brondby - for a little over £500,000 - was arguably just as important.

Big, strong and supremely reliable, Schmeichel's powerful and accurate throw contributed to many a Premier League goal for the Reds, while his trademark "starfish" saves kept out a number of certain goals at the other end of the pitch.

Widely regarded as one of the greatest goalkeepers ever, Schmeichel won five Premier League titles in his eight-year career at United before leaving for Sporting Lisbon and then spending a season each at Aston Villa and Manchester City at the end of his career. 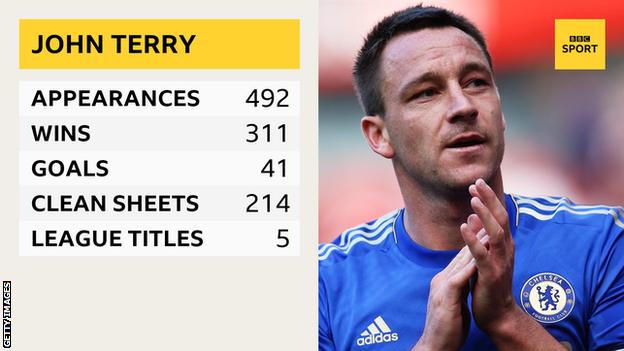 Captain, leader, legend. John Terry was the rock at the heart of the Chelsea defence for the best part of 19 years. He made his first-team debut in 1998 and went on to play 492 Premier League games for the club.

His passing ability, excellent positional play and bravery more than made up for any lack of pace and he had already established himself as a leader before Jose Mourinho appointed him as his captain.

He rewarded the Portuguese by leading the Blues to successive Premier League titles between 2004 and 2006. Three more would follow before he made an emotional departure from Stamford Bridge in 2017 - dropping down to play for Aston Villa in the Championship. 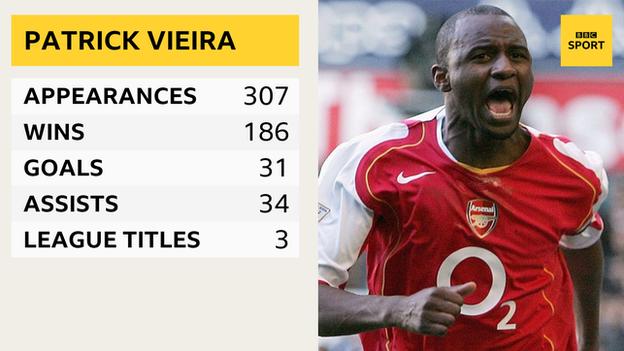 Patrick Vieira is another example of a player who had underwhelmed during a brief spell in Serie A but then went on to become an Arsenal legend.

While AC Milan were unable, and unaware, of just how to accommodate Vieira in their line-up, Wenger slotted him straight into central midfield, where he formed a formidable partnership with fellow Frenchman Emmanuel Petit.

A ruthless midfield enforcer, Vieira's talent of breaking up attacks and scoring at the other end was critical as the Gunners claimed a Premier League and FA Cup double in 1997-98.

Inheriting the captaincy from Tony Adams in 2002, he went on to lead the side that went unbeaten through a 38-game Premier League season to win the title in 2003-04.

Did you know? No player has been sent off in more Premier League games than Vieira (eight - level with Duncan Ferguson and Richard Dunne). 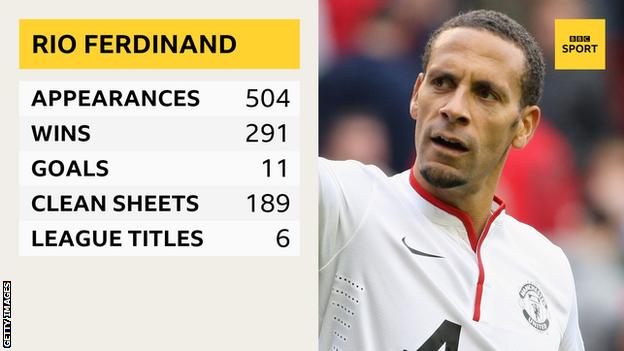 Touted as the "next Bobby Moore" after graduating from West Ham's youth system, Ferdinand made a record-breaking £18m move to Leeds and then impressed on England's run to the quarter-finals in the 2002 World Cup in Japan.

Another record-breaking fee (£30m) saw him head to Manchester United in 2002, where a trophy-laden spell began. His ability to read the game, coupled with speed and athleticism, helped United win six Premier League titles between 2002 and 2014 before he departed for a season at QPR.

His career was not without controversy, most notably an eight-month ban for missing a drugs test.

Did you know? Ferdinand scored more than once against just one Premier League side, netting three goals versus Liverpool.

In which order would you rank these potential Premier League hall of famers?