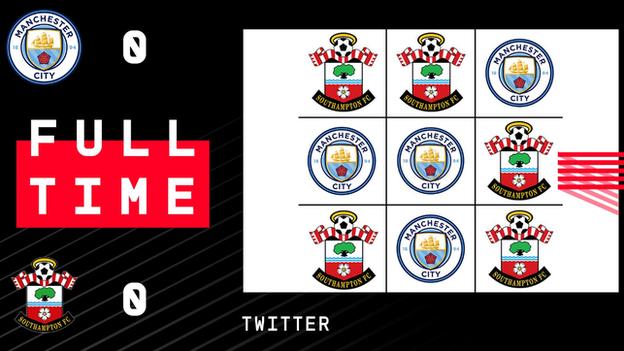 We know that there are some things more important than football, and that the coronavirus shutdown is for the greater good.

But that still doesn't alleviate the boredom of a Saturday with a blank fixture list, does it?

There were, though, some clubs and players that did their best to entertain us.

Given the amount of football-related video games there are, it was inevitable that someone would simulate their fixture.

Step forward Watford, who had their home match with Leicester City played out on Football Manager.

Despite playing most of the match with 10 men after a horrible challenge by Etienne Capoue on Dennis Praet, the Hornets earned a creditable point.

League Two Leyton Orient took the simulation of their match at Bradford even further, asking fans to vote on which teams should be selected, getting a pre-match comment from actual manager Ross Embleton, then live tweeting the match in real time.

After all that, Orient couldn't even scrape a point, going down to a 1-0 defeat.

Unable to play football, Southampton tried to engage their scheduled opponents Norwich in a game of noughts and crosses.

The two sides battled to a thrilling draw.

Probably a fair result. Imagine the humiliation of being beaten at noughts and crosses in front of the entire world.

Not content with getting involved in a game of noughts and crosses that should have had nothing to do with them, Manchester City also invited fans to get in touch with their artistic side.

On the subject of City, midfielder Ilkay Gundogan yesterday took to Twitter to give his message to fans.

Even in these gravely serious times, you do wonder if it's OK to unfurl the flip flops and socks combo.

The simulations were not just limited to English football, with Spanish outfit Leganes getting in on the act.

Unlike Watford and Leyton Orient, who weren't able to simulate themselves a win, Leganes were able to overcome Real Valladolid 2-1.

He may not know when he will next take to the field, but that didn't prevent Sergio Ramos from staying match-fit. The Real Madrid defender was on the treadmill with his shirt off, obviously.

Meanwhile, Arsenal defender Shkodran Mustafi managed to fit a lot into one Instagram video. He does kick-ups while washing his hands, but even that didn't impress a pair of young children (presumable his son and daughter).

There's no pleasing some people.