Tottenham midfielder Christian Eriksen, 27, will travel to Milan and have a medical early next week before completing a move to Inter. (Guardian)

The Denmark international will sign a deal that could see him earn up to £320,000 per week. (Sky Sports)

Manchester United fans are planning a mass walkout during the club's Premier League match against Wolves at Old Trafford on 1 February in protest at the club's owners. (Mirror)

Real Sociedad boss Imanol Alguacil says he will decide if Tottenham target Willian Jose is selected to play against Mallorca on Sunday. The 28-year-old Brazilian forward was left out in midweek as a transfer appeared imminent. (Marca)

Arsenal are reportedly in talks with Atletico Madrid over a possible deal for France midfielder Thomas Lemar, 24. (RMC Sport, via Talksport)

Tottenham's pursuit of AC Milan striker Krzysztof Piatek could go right down to deadline day with the Italian club holding out for £30m for the 24-year-old Poland international. (Star)

Arsenal are set to treble Gabriel Martinelli's wages to £30,000 a week to ward off Real Madrid's interest in the 18-year-old Brazilian forward (Mail)

Manchester United are also to treble the wages of their England youth international Angel Gomes, 19, who is out of contract in the summer and has been linked with Chelsea. (Sun)

Manchester United are interested in Shanghai Shenhua's Odion Ighalo, 30, or Leicester's Islam Slimani, 31, who is on loan at Monaco, as they seek striking cover for the injured Marcus Rashford. (Sky Sports)

Lille head coach Christophe Galtier admits he is uncertain if French defender Boubakary Soumare, 20, linked with Manchester United, will still be at the club at the end of the transfer window. (Goal)

Manchester United will recruit a number of first team scouts before the summer transfer window. (Mail)

Former Manchester City, Arsenal and France defender Bacary Sagna is in talks with Nantes. The 36-year-old is a free agent after his contract with Montreal Impact expired. (L'Equipe - in French)

Argentina forward Paulo Dybala, 26, says he was "close to leaving" Juventus in the summer amid interest from Manchester United and Tottenham. (Guardian)

West Ham have made a bid worth up to £12m for Nottingham Forest's 22-year-old English right-back Matty Cash. (Sky Sports)

Tottenham may be forced to lower their £7m valuation of Victor Wanyama as they struggle to find a buyer for the 28-year-old Kenya midfielder. (Standard)

Liverpool hope to beat Real Madrid and Barcelona to the signing of Benfica's Portugal U19 midfielder Rafael Brito, 18, who has a release clause of £38m. (Record via Star)

Leeds United are close to completing the signing of French striker Jean-Kevin Augustin. The 22-year-old is currently on loan at Monaco from RB Leipzig but is struggling for game time. (L'Equipe - in French) 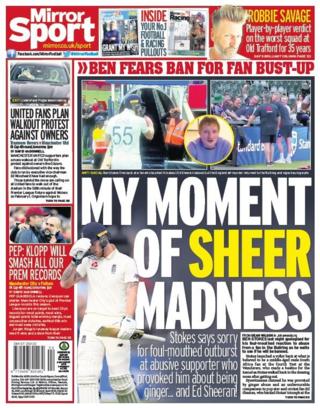 Read more on City fight back to win at Real Madrid