However, Barcelona have made an enquiry about signing Denmark international Eriksen this month. (Sky Sports)

Arsenal's Gabon striker Pierre-Emerick Aubameyang, 30, is open to a move to Barcelona. (Mundo Deportivo - in Spanish)

How to follow the FA Cup on the BBC

Chelsea have reopened talks with Lyon over a deal to sign French striker Moussa Dembele, 23, this month in case they miss out on Paris St-Germain's Edinson Cavani, 32. (Sun)

Manchester United's move for Bruno Fernandes is off because they refuse to meet Sporting Lisbon's £68m asking price for the 25-year-old Portugal midfielder. (Mail)

The Magpies have agreed a deal to sign Inter Milan midfielder Valentino Lazaro on loan with the option to sign the 23-year-old Austrian for £20m in the summer. (Sky Sports)

Leicester have rejected Aston Villa's bid to sign Islam Slimani, 31, on loan for the rest of the season. The Foxes would only consider a permanent deal for the Algeria international, who is on loan at Monaco. (L'Equipe, via Star)

Inter Milan have opened talks with Napoli over a deal to sign 34-year-old Spanish striker Fernando Llorente, which could see the club end their interest in Chelsea's France forward Olivier Giroud, 33. (Sky Sports)

Tottenham are confident of completing a deal for Real Sociedad striker Willian Jose but will need to increase their offer for the 28-year-old Brazilian. (ESPN)

Crystal Palace are in talks with Chinese Super League side Dalian Yifang over a loan deal for Belgium winger Yannick Carrasco, 26. (Mail)

Manchester United are set to recall English defender George Tanner, 20, from a loan spell at League Two Morecambe, with a view to sending him out again to a different club. (Manchester Evening News) 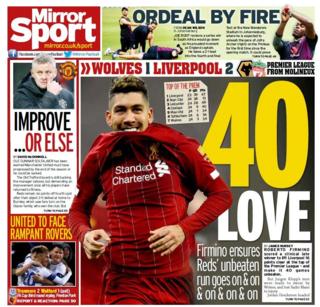