England struck twice late on to end a 55-year wait for a knockout tie victory over Germany amid scenes of huge tension and elation at Wembley to reach the Euro 2020 quarter-finals.

Gareth Southgate's side battled hard to earn the statement victory that has so often eluded England, and it was their talisman of this tournament, Raheem Sterling, who made the decisive breakthrough.

Sterling, who scored the winners against Croatia and the Czech Republic in the group stage, steered in Luke Shaw's cross after 75 minutes to send England's fans, with more than 40,000 inside Wembley, into wild celebrations.

The win was secured with another moment of significance four minutes from time when captain Harry Kane, who had once again struggled to influence the game, headed in from substitute Jack Grealish's perfect delivery for his first goal of Euro 2020.

England were again thankful for the brilliance of Everton goalkeeper Jordan Pickford, who has yet to concede a goal in the tournament and saved crucially from Timo Werner and Kai Havertz in each half, while Thomas Muller missed a glorious chance to equalise before Kane struck.

England now face Ukraine in the quarter-finals in Rome on Saturday after they scored a last-minute winner in extra time to beat Sweden. It will be live on BBC One and BBC iPlayer.

Southgate's team selection raised eyebrows when he decided to leave the creative talents of Grealish and Phil Foden on the bench and showed huge faith in Arsenal teenager Bukayo Saka by starting him after his fine performance against the Czechs.

Saka was excellent, the early spark when England struggled, while Grealish added the crucial X factor when he came off the bench to finally help break Germany down.

The scenes at the final whistle demonstrated just how important this win is for Southgate and England, digging deep and surviving periods of struggle to overcome old rivals who have so often got the better of them.

And this may just rank as the biggest and most important victory of Southgate's time in charge.

The last 16 was a round that carried so much jeopardy for England when the draw was made, with the knowledge that topping their group would likely mean a meeting with the ever-dangerous Germany, World Cup holders France or reigning European champions Portugal.

While Group F minnows Hungary very nearly caused a huge upset, in the end it was Germany who confronted them and Southgate, who must be tired of seeing replays of his penalty miss against them in the Euro 96 semi-final, now has a happy memory to cherish from this fixture, not to mention a potentially favourable route forward in this tournament.

England will feel confident but not complacent against Ukraine, and the shock exit of France to Switzerland shows no-one can be taken lightly.

But this win, against these opponents, will be of huge psychological value as England go forward.

Just how important will that second goal from Kane prove to be for both Southgate's captain and England's hopes of winning Euro 2020?

Kane again looked a shadow of his world-class self as he laboured to have any meaningful involvement as nerves grew around Wembley, failing to pounce on a scramble in first-half injury time and often cutting a forlorn figure as he tried in vain to make his mark.

At one stage it looked like he may have to come off injured but he recovered and his contribution in the last 15 minutes may just be the turning point for a striker so trusted by his manager.

Kane played a part in the opening goal as he linked up with Grealish and Shaw for Sterling to finish the job - but the big moment came with the goal that settled this game.

Grealish, so confident when he came on, sent in the perfect cross to find Kane in the six-yard area to head home.

The mixture of joy and relief in his expression was obvious, as was the delight of his team-mates.

If this is the game where England's captain finally sprang to life, everyone in the camp knows just what a difference a fit and firing Kane can make at the business end of Euro 2020.

Pickford and Maguire make their mark

England had question marks over their defence before the start of Euro 2020 with Manchester United captain Harry Maguire carrying an injury and Southgate still working out his best personnel.

Here he switched to a three-man central defence with Kieran Trippier and Shaw as full-backs and it worked as England kept an impressive fourth clean sheet to maintain their flawless record in the tournament.

And at the heart of it all has been the rejuvenated goalkeeper Pickford, who has emerged from a slump in form at Everton to show exactly why Southgate's faith has never wavered.

Pickford has made crucial saves throughout the tournament but this game was his best yet as he raced from his line to block Timo Werner in the first half then showed great athleticism to turn over Havertz's rising drive with the scoreline still blank after the interval.

Maguire was another important figure and also showed why Southgate regards him as someone he can always count on.

Now fully fit after an ankle injury, he showed great authority alongside John Stones while adding an extra dimension at set-pieces and with his ability to bring the ball out of defence.

These have been two huge pluses for Southgate as he now tries to plot a way past Ukraine.

This was the end for Joachim Low as Germany coach after a glittering career that brought a World Cup win in 2014 in Brazil.

He now makes way for Bayern Munich's Champions League-winning coach Hansi Flick - and this performance showed there is rebuilding to be done.

Germany still have plenty of talent in the shape of players such as the elegant Havertz, Joshua Kimmich and others but this may well have been the last fling for older stars like Mats Hummels, Toni Kroos and Muller.

It was Muller who gave England their biggest scare when he strode through late on with the score 1-0 only for the man who has scored so many vitals goals to almost unbelievably steer a low finish inches wide.

He fell to the floor in despair while Sterling did the same in relief as it was his mistake that created this clear opportunity.

Germany will be back - they have too much talent and a fine new coach in Flick - but this is a team in need of renewal.

'We have given people another day to remember'

England boss Gareth Southgate speaking to BBC Sport: "I am just so pleased. I was looking at the big screen and saw David Seaman up there. For my team-mates that played with me [at Euro 96] I can't change that [his famous penalty miss against Germany in the semi-finals] so it will always hurt, but what is lovely is we have given people another day to remember and now we have to do it in Rome.

"We have talked about bringing enjoyment to the nation and afternoons like this are what it is about. The players were immense right the way through the team and the fans were as well. It was as good an atmosphere I can remember at Wembley." 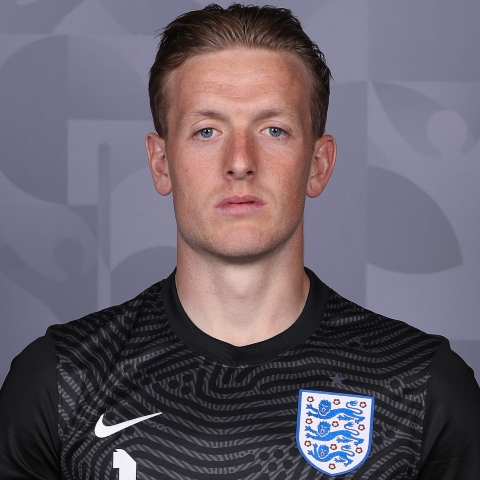