If you are viewing this page on the BBC News app please click here.

After five years in charge Mauricio Pochettino's spell as Tottenham manager has come to an abrupt halt.

The international break is always a worrying time for a manager under pressure but despite Spurs' disappointing start to the season - they are currently 14th in the Premier League - not many saw this sacking coming.

After all, Pochettino is the the man who led Tottenham to the Champions League final last season.

As you'd expect, this sort of news is manna from heaven for the social media world. With under 12 hours between the announcement of Pochettino's departure and the confirmation of Jose Mourinho's appointment it was a rollercoaster on social media. Here's a look at the good, the sad and the remarkable from an extraordinary few hours on Twitter.

Credit where credit's due, Matt Law and John Percy of the Telegraph had been reporting that Pochettino's days might be numbered before the news officially broke. At 22:36 GMT on 18 November Law tweeted:

Not that some fans were having it, mind.

You have to say; both journalists deserve even more credit for not going the full Alan Partridge with a series of "needless to say, I had the last laugh" messages after being proved right.

But then, it was true! At around 19:30 on Tuesday, Spurs announced the news: Poch out!

Shock. Anger. Disbelief. And gifs. So many gifs.

Plenty of people were pretty upset.

Fans of other clubs, not so much. 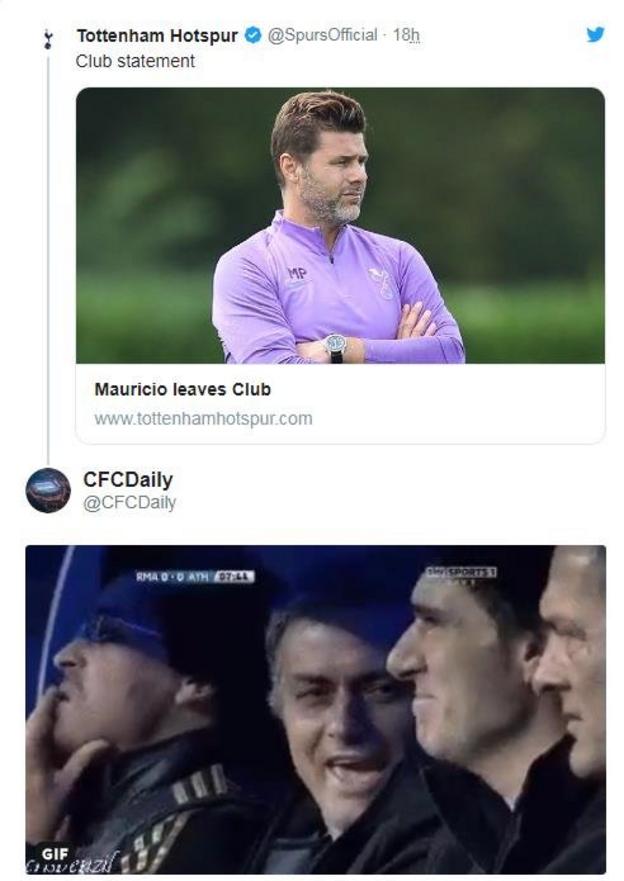 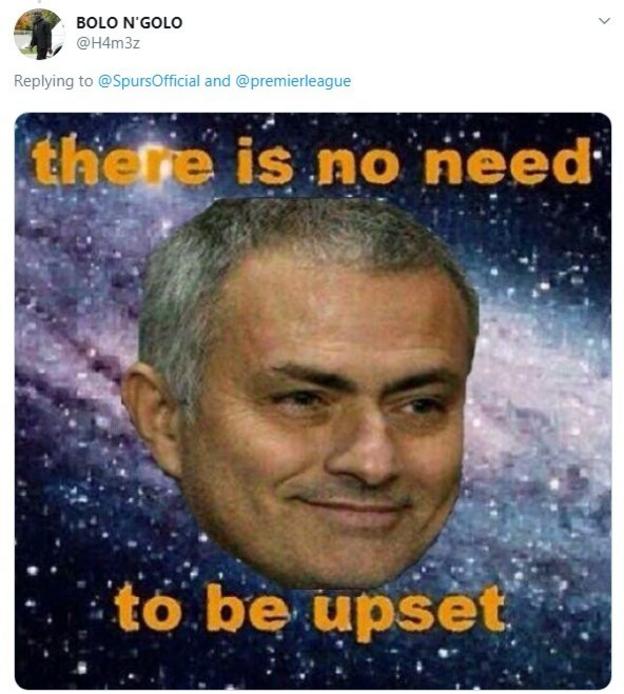 And of course, several thousand people made the inevitable joke: 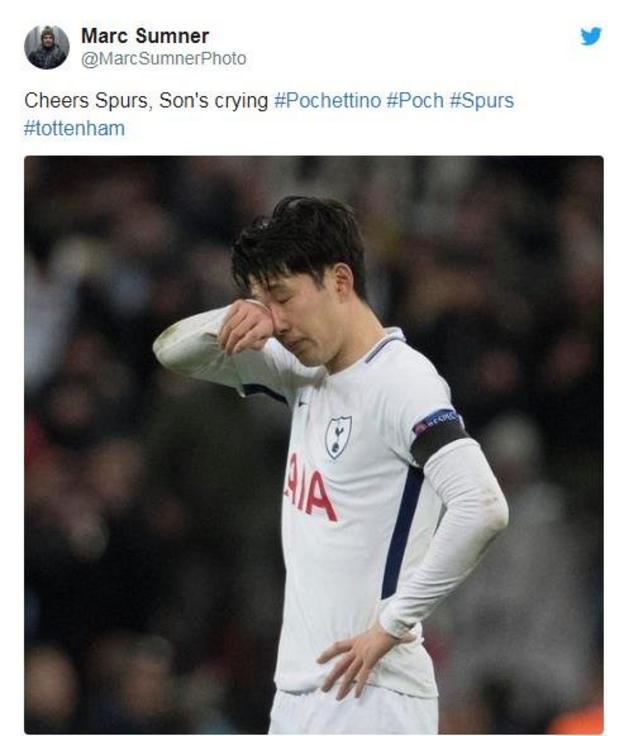 'Good luck and hope to see you again my friend'

The player reaction was, as you'd expect, far more measured, with heartfelt messages from Dele Alli and Harry Kane as well as a message from the departing assistant manager Jesus Perez that really tugged at the fans' heart-strings.

As one door closes, another one opens. And so the rumours of who would come in began circulating. Some were more, shall we say, realistic than others. 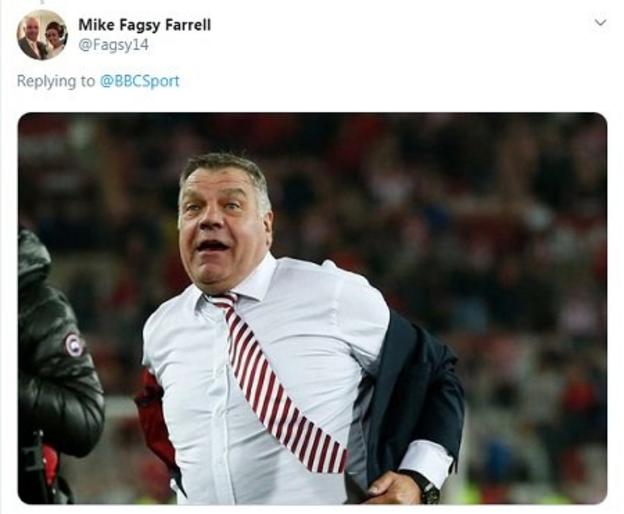 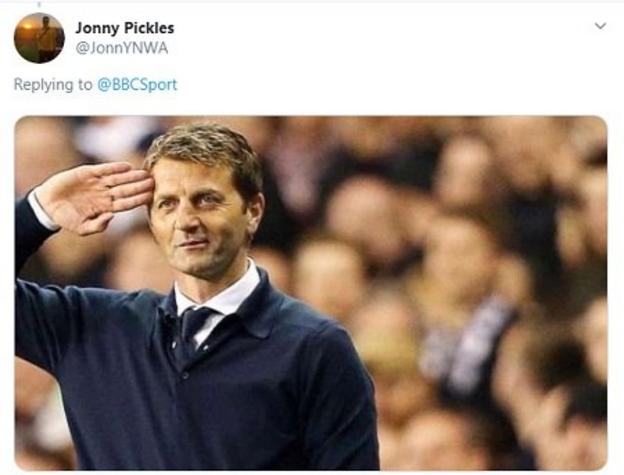 And then in the morning, at just after 06:30, the news that was pretty much known the world over already: Spurs had sent for the Special One!

The man who, lest we forget, has won three Premier League titles (three: respect, respect, respect) is in the hot seat. There's a definite difference of opinion on whether this is a good or a bad thing.

Some are not too impressed:

Others are much more positive!

How's it going to go? We're not sure. One thing we can be sure of: it won't be dull.