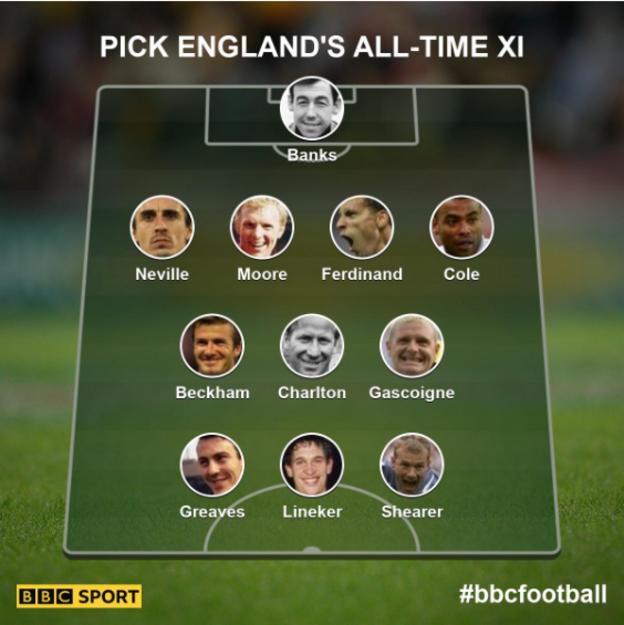 England's men play their 1,000th match when they face Montenegro on 14 November, and to mark the occasion we asked you to pick your all-time Three Lions XI.

Over 147 years, 19 managers have selected 1,244 players, but through consultation with a collection of BBC Sport's finest football minds, we narrowed it down to 53 of the best from which you could choose.

We had over 126,000 submissions and you can see information about the team you selected below.

The results were discussed in a special programme on BBC Radio 5 Live on Wednesday.

You can still select your own XI for fun using the selector at the bottom of this page, but your choices will not count towards the final results. 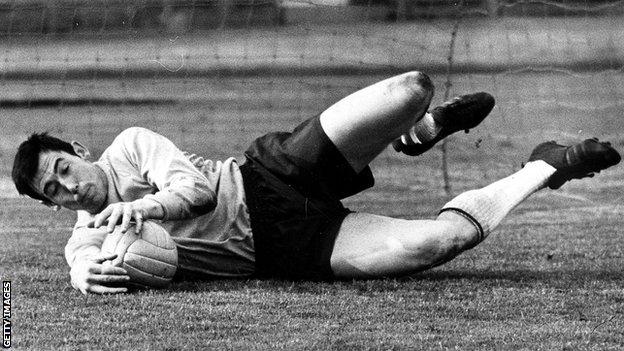 World Cup winner who kept 35 clean sheets for England and made 'that' save from Pele. Named Fifa goalkeeper of the year six years in a row from 1966 onwards. 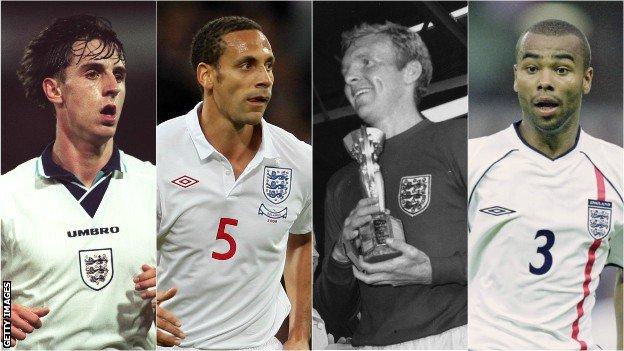 At home in a back three in his early career or more regularly at right-back, and was first choice for more than a decade. England's finest right-back? You clearly think so.

Was the youngest defender to play for England when he made his debut in 1997, one of only three players to be named in four World Cup squads but never played at a Euros - he sat out Euro 2004 after missing a drugs test.

An icon. Was England's youngest captain at the age of 22 and went on to lead the team on 90 occasions - a record shared with Billy Wright. Lifted the World Cup at Wembley in 1966.

No outfield player has played more times for England without scoring - the left-back was truly world class for the majority of his time in the white shirt. Only Peter Shilton has played in more World Cup finals games for the Three Lions. 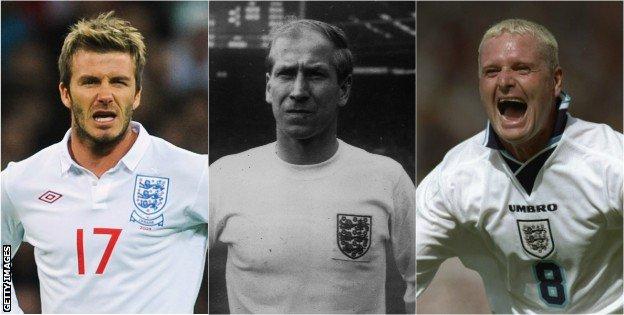 Went from the ignominy of being sent off in France in 1998 to carrying England to the next World Cup virtually single-handed. Scored in three World Cups - the first Englishman to do so. Captain on 59 occasions which puts him fourth on the overall list.

One of three men to be picked in four World Cup squads and was England's record appearance holder and goalscorer when he retired after the 1970 World Cup. Made his England debut two months after surviving the Munich air disaster - won the Ballon d'Or in 1966.

The best player of his generation? 'Gazza' was a genuine superstar who captured a nation's hearts in 1990. Only played in two tournaments and lost a semi-final in a shootout to German opposition in both. Iconic player who scored one of England's finest ever goals against Scotland in 1996. 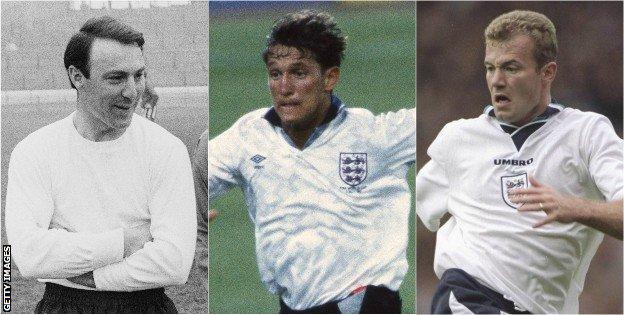 Scored on his debut at the age of 19 and barely stopped - firing six hat-tricks during his career. Injured during the 1966 World Cup and lost his place to Geoff Hurst for the final. Was England's top scorer when he stopped playing and is only behind Wayne Rooney, Bobby Charlton and Gary Lineker to this day.

Golden Boot winner at the 1986 World Cup, where he scored a hat-trick against Poland, and scored four more in Italy four years later. His World Cup total of 10 goals is only bettered by seven players in history. Ended his career one goal shy of Bobby Charlton's record and is now third on the nation's all-time scoring list. The oldest player to score a hat-trick for England.

Scored on his debut alongside Gary Lineker and on his final appearance alongside Michael Owen. Captained England at his only World Cup and was top scorer at Euro 96.

These are the players who narrowly missed out on your XI and the percentage of teams they were selected in...