Cristiano Ronaldo will not be fined by Juventus for his reaction to being substituted for the second game running but the Portuguese forward, 34, will be expected to apologise to his team-mates. (Gazzetta dello Sport, in Italian)

Manchester City are ready to challenge for the signature of Rennes' starlet Eduardo Camavinga, 17, after the Angola-born midfielder's impressive start to the Ligue 1 season. (90min)

Barcelona are interested in Salzburg's 19-year-old striker Erling Braut Haaland as a replacement for 32-year-old Luis Suarez, but are reluctant to meet the Austrian club's £85m valuation. (ESPN)

Manager Frank Lampard has been keeping a tight-grip on the Chelsea dressing room by setting a fine of £2,500 if his players are late to training. (Mirror)

Lyon and Netherlands forward Memphis Depay, 25, says he "does not want to talk about rumours" after being linked with a £50m move to Tottenham. (Football.London)

Napoli president Aurelio de Laurentiis has received a 560m euros offer for the Serie A club from Qatar amid fan protests and player strikes. (Mail)

Swiss midfielder Granit Xhaka, 27, has been house-hunting in Italy before a proposed move to AC Milan in January after being stripped of the Arsenal captaincy. (RSI via Star)

Nemanja Matic wants to leave Manchester United, possibly as early as January, with Italy the most likely destination for the Serb midfielder, 31. (Telegraph)

Tottenham manager Mauricio Pochettino could be sacked if Spurs lose to West Ham after the international break. (Telegraph)

Fiorentina have made an approach for ex-Inter Milan boss Luciano Spalletti with patience running low with Vincenzo Montella. (Football Italia)

Arsenal have handed a week-long trial to Colorado Rapids midfielder Cole Bassett and the 18-year-old American could join the Gunners in January. (Sun)

Wolves have agreed a deal to bring 17-year-old Dutch defender Nigel Lonwijk from PSV Eindhoven in January for £170,000. (ED via Birmingham Live)

Lyon want Real Madrid striker Karim Benzema, 31, to finish his career where it began - with the French club. (Mundo Deportivo, in Spanish) 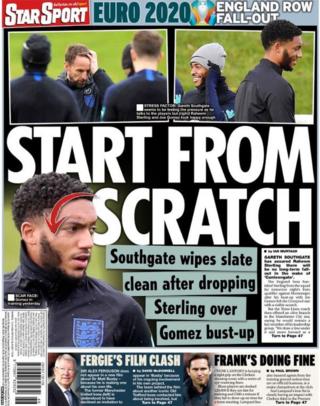