People are already asking: 'How do you beat this Liverpool team?' But I am sure Manchester City boss Pep Guardiola will believe he has the answer on Sunday.

The Reds remain undefeated after 11 Premier League games and are six points clear of City at the top of the table. However, while their results have been extremely impressive, their progress this season has not all been plain sailing.

The biggest problems Jürgen Klopp's side have had have come against teams using a 3-5-2 formation, with Sheffield United, Manchester United and even Genk on Tuesday in the Champions League being recent examples.

I am sure Guardiola has spotted it too, so it would not surprise me if he changes his side's shape from their usual 4-3-3 for this weekend's match at Anfield.

We know how hard it is to finish Liverpool off - they have not lost in the league since a 2-1 defeat by City at Etihad Stadium in January, and have earned a reputation for being able to fight back and win after going behind.

But Guardiola will have seen there is a way to hurt the leaders, and he knows the defending champions are better than the teams that have already tried that system and failed.

His players will be able to execute the plan better, because they are more comfortable on the ball when they are high up the pitch, and they are also more clinical to punish Liverpool when they get scoring opportunities.

So why wouldn't he implement the same tactics, play with three at the back, and believe that City can become the first team to see the plan through?

Why does 3-5-2 work against Liverpool?

Using a 3-5-2 formation against Liverpool's 4-3-3 shape allows your two centre-forwards to run in behind, either on the left of the Reds' defence in the channel between Virgil van Dijk and Andy Robertson, or on the other side, in the area around Van Dijk's centre-back partner and Trent Alexander-Arnold.

That stops Liverpool's full-backs from advancing and closing down their opposing wing-back, because they are thinking they cannot move too far up the pitch and leave the centre-half on their side isolated and/or forced wide.

The knock-on effect I've noticed in the past few weeks is that the opposition wing-backs progress further up the pitch, and that drags Liverpool's midfielders and forwards deeper too.

So, while Liverpool are usually so dangerous - especially down the flanks - when they press and win the ball back high up the pitch, they have been left with much greater distance to travel when they get possession and look to attack.

That has left them needing to find a different approach to get forward and create chances. So far, Klopp has always found a way, but he has not taken on a team as good as City so far this season.

Guardiola has used three at the back before, most recently in the Champions League against Atalanta at the Etihad last month, and he has got some quality players to play as wing-backs.

Benjamin Mendy and Kyle Walker - when he's not filling in in goal, obviously - are both extremely dangerous when they fly forward. Walker could also play as one of the centre-backs, if required.

From an attacking perspective, it would definitely work - we've seen it happen against Liverpool before.

Defensively? Well, City were not great when they tried a 3-5-2 shape against the Italian side, but they have not been too convincing at the back at any point this season.

John Stones and Nicolas Otamendi are both fit again now to play alongside Fernandinho and, with the right personnel, this might actually be a way for Guardiola to give his side a bit more security.

Replay showed how close these sides are

I know Guardiola does not often worry about the opposition, or let them dictate his side's tactics or team selection, but he did exactly that in this fixture last season - a cagey 0-0 draw at Anfield in October 2018.

City changed to a 4-1-4-1 formation in that game, with Raheem Sterling and Bernardo Silva, who are usually their wide men, staying very narrow, basically to try to outnumber Liverpool in midfield.

Their full-backs stayed deep and they also had Fernandinho sitting in front of the defence to stop the ball being played into the Reds' front three.

That is another reason why I think Guardiola will adapt his approach this time and, like Klopp, he also has ways of changing things during the game if things are going wrong.

They are both very clever managers and Sunday's game is probably going to change tactically six or seven times during the 90 minutes.

Whatever is happening, and whoever is in the ascendancy, it will just be a question of how quickly the other manager can change that situation.

It was a similar story when City beat Liverpool in January. I actually watched that game back in full this week, and there was very little between the teams.

City were dominant in possession in that match if you just look at the stats, but a lot of what they did was actually just Vincent Kompany and John Stones passing it around at the back.

The midfields nullified each other and City tried to target Dejan Lovren by setting traps when he was in possession. In contrast, they just left Van Dijk on the ball because they knew Lovren was the weaker of the two.

We will see more of the same on Sunday as both teams try to find any advantage, and it is going to be fascinating to find out which small margins decide the game this time.

Why Anfield will play its part

There has been a little bit of a war of words between the two managers in the build-up to the game as they try to get the psychological edge.

Where Liverpool definitely have the advantage is the fact they are playing at Anfield because I have seen a real difference in their mentality when they are at home, where they are on such a long unbeaten run.

I am not talking about the famous atmosphere as in the amazing way it helped them overcome Barcelona in last season's Champions League semi-final, more the fact the crowd never gets on the players' backs.

The biggest influence the Liverpool fans have had has come when things have gone wrong for their team. There has been no moaning or groaning about misplaced passes from the stands - instead it is more a case of 'don't worry, we will score soon'.

They get backed to the hilt, which is huge for any team. Along with their results, it has helped them almost feel invincible at Anfield - as if they are just going to roll teams over and that it is only a matter of time before they start playing well or get the goal they need.

Even if they fall behind on Sunday, Liverpool will still believe in themselves, and think they are going to get the job done. 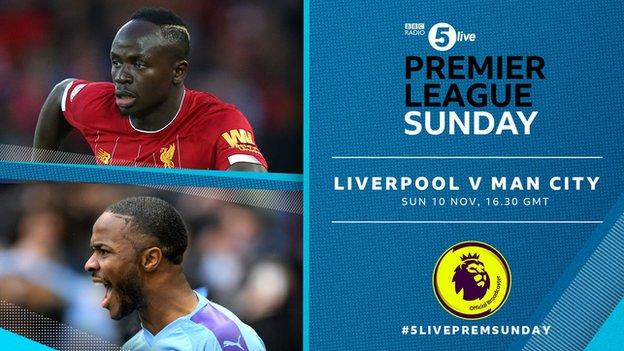