The latest round of European Championship qualifying is complete, with six countries securing their place at next summer's tournament during October's matches.

Belgium, Italy, Russia, Poland, Ukraine and Spain are all certain of a place at Euro 2020.

The group stage will draw to a close in November, with England on the brink of qualification.

So what do they need to do and what is the state of play for the other home nations and the Republic of Ireland? 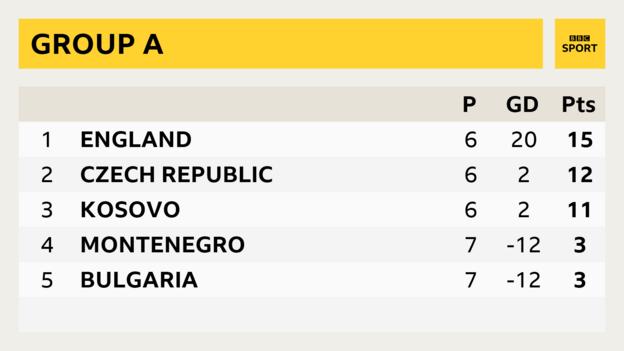 Gareth Southgate's England moved to the verge of qualification with a 6-0 win in Bulgaria and will qualify with a draw at home to Montenegro on 14 November, or if Kosovo lose to the Czech Republic on the same night.

A win for the Czechs will also secure qualification. Kosovo are guaranteed a play-off spot if required because of their Nations League campaign.

England complete their campaign in Kosovo on 17 November. 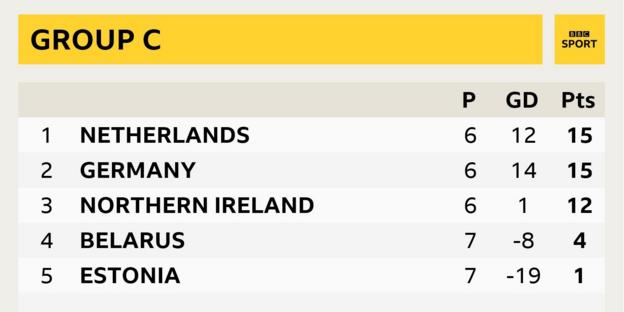 Northern Ireland slipped out of the automatic qualification spots after an agonising 3-1 defeat by the Netherlands, who scored twice in injury time, on Thursday.

Michael O'Neill's side host the Dutch and travel to Germany in their final two games next month.

Netherlands moved closer to qualification with a 2-1 win in Belarus on Sunday, with Germany following suit after a hard-fought 3-0 win in Estonia later that day.

The Dutch will clinch qualification if they draw against Northern Ireland in Belfast on 16 November, a result which would see Germany join them if they beat Belarus on the same day.

Germany will also go through if they draw and Northern Ireland lose.

If Northern Ireland's hopes are not ended on that night, it would go down to their final match against Germany in Frankfurt on 19 November.

If they do fail to make it, Northern Ireland may still have a shot at qualifying through the play-offs. 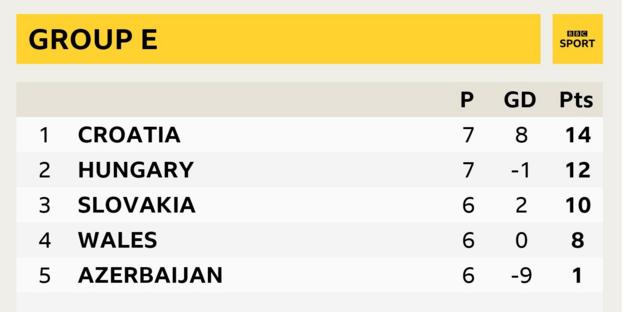 Wales' draws against Slovakia and Croatia mean they will be eliminated if they lose in Azerbaijan on 16 November.

World Cup finalists Croatia were made to wait for qualification by Gareth Bale's equaliser in Cardiff, but will clinch their place with a draw at home to Slovakia on 16 November.

Wales finish with a game against Hungary on 19 November - a fixture which could determine both sides' fates.

Wales may also have the fallback of a place in the play-offs. 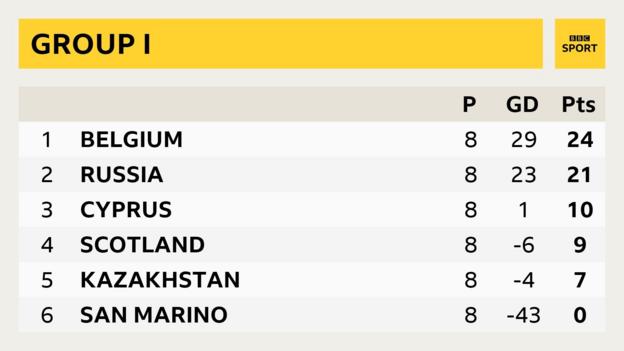 Scotland's hopes of finishing in the top two are over after a 4-0 thrashing in Russia on Thursday. However, the Scots are guaranteed a play-off place next March thanks to the Nations League.

Scotland finish their campaign with matches against Cyprus (away) and Kazakhstan (home) in November.

Belgium became the first team to qualify for Euro 2020 by hammering San Marino 9-0, while Russia joined them with a 5-0 win in Cyprus on Sunday. 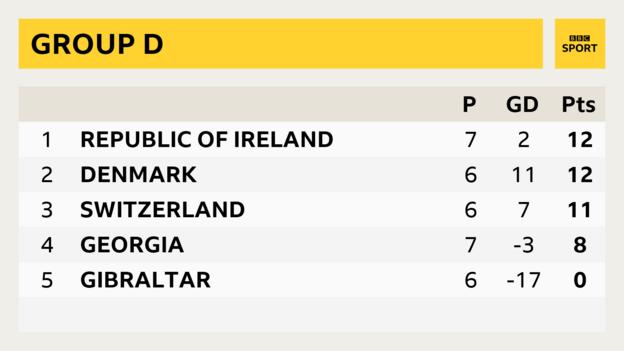 In addition to the home nations, the Republic of Ireland could have secured their Euro 2020 spot with a win in Switzerland on Tuesday but a 2-0 defeat means they will almost certainly have to beat Denmark on 19 November to qualify.

They know a win will be enough to pip the Danes, although they will need to win by two goals if the Swiss only get four points from their final games against Georgia and Gibraltar.