Manchester United may wait for the results of scans on French forward Anthony Martial, 23, before allowing the loan move of Chile international Alexis Sanchez, 30, to Inter Milan. (Guardian)

Paris St-Germain have told Real Madrid they will only consider selling Brazil international forward Neymar, 27, if the Spanish club's 19-year-old Brazilian striker Vinicius Jr is part of a permanent deal. (AS)

Barcelona directors met on Monday to discuss a bid for their former playmaker Neymar. (Marca)

Inter Milan may turn to former Manchester City forward Wilfried Bony, the 30-year-old Ivory Coast international currently without a club having been released by Swansea in the summer. (Goal.com)

Arsenal are prepared to allow Spain international Nacho Monreal to join Real Sociedad this week if the 33-year-old defender asks to leave. (Sun)

Javi Gracia is fighting to save his job as Watford manager after beginning the Premier League season with three defeats. (Telegraph)

Chelsea striker Tammy Abraham is in line for a new contract that could more than double the 21-year-old England forward's £50,000-a-week wages. (Telegraph)

Christian Eriksen's representatives will not consider Tottenham's £200,000-per-week contract offer and the 27-year-old Denmark international, whose current deal expires next summer, is holding out for a move to Spain. (Mirror)

Eriksen is all-but resigned to staying at Tottenham in the short-term, with his dream of joining Real Madrid or Barcelona this summer failing to materialise. (Mail)

'For Bolton to no longer exist is unthinkable'

What next for League One club facing liquidation?

Celta Vigo's Danish winger Pione Sisto, 24, is on the verge of joining Torino after a move to Aston Villa broke down. (Marca - in Spanish)

Manchester United's English defender Luke Shaw, 24, is facing up to a month out with a hamstring injury. (Talksport)

Jurgen Klopp believes his "all or nothing" style of management increases the possibility of him taking a sabbatical when his Liverpool tenure ends in 2022. (Times)

Kevin De Bruyne has backed former Manchester City team-mate Vincent Kompany to silence the critics and make a success of his new role as player-boss at Anderlecht, having taken only two points from the first four games of the season. (Manchester Evening News) 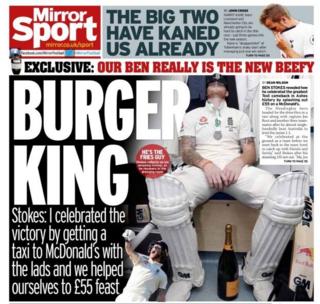