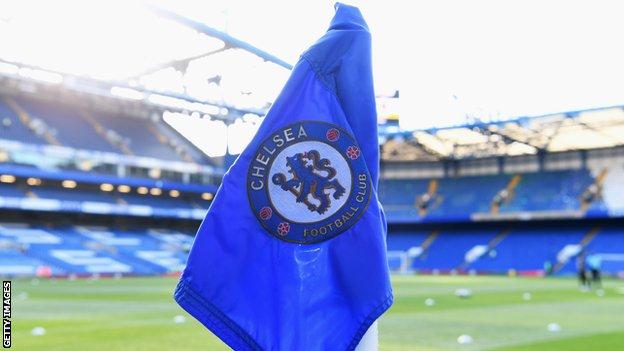 Young Chelsea players were targeted for years by a "prolific and manipulative sexual abuser" who was able to operate "unchallenged", says a damning report.

Evidence from 23 witnesses details how ex-chief scout Eddie Heath, who died in 1983, groomed and abused young boys aged between 10 and 17 in the 1970s.

An external review said some adults at Chelsea must have been aware of Heath's abuse but "turned a blind eye".

In a statement, Chelsea's board apologised "unreservedly".

The report - led by barrister Charles Geekie QC - is also heavily critical of former assistant manager Dario Gradi, who is accused of failing to tell more senior club staff about an allegation regarding the sexual conduct of Heath, brought to him by the parent of a young player.

Gradi's alleged failure to report the claim "was a lost opportunity to expose Heath and prevent further abuse".

The BBC has approached 78-year-old Gradi for comment. In his evidence to the review, he denied trying to "smooth over" the matter in a meeting with the boy's father. He also said he reported the allegations to the club's assistant manager.

Meanwhile, a separate review into allegations of racial abuse from 1982 up until the late 1990s conducted by charity Barnado's concluded that "black players were subjected to a daily tirade of racial abuse".

Heath was employed by Chelsea from 1968 until he was sacked in 1979 and, as far as the review was able to establish, was not investigated nor charged with any offences before his death.

The reports details how most of the witnesses recalled Heath being "inappropriate" and using "sexual innuendo" in the changing room, but that he "took care that his most serious sexual assaults took place in private".

Of the 23 witnesses, 15 reported "serious and unambiguous sexual assaults", including rape by Heath when he was alone with a boy, while three witnesses detailed abuse in the presence of other young players.

One witness recalls Heath being regarded as "nightmare Eddie" by youth players and that the boys were intimidated by his physical presence and fearful of him because of the influence he had over their careers.

Geekie concludes that Heath targeted vulnerable children in particular, manipulated their families, used pornography to "sexualise" boys and abused his role at the club to secure "compliance" and "silence" through fear.

Most of the witnesses told the report that the abuse can still affect their "day-to-day" lives and many stopped playing football as a result.

The report states there is not enough evidence to "provide ground for concluding that any adult related to Chelsea had actual knowledge of the serious acts of abuse described by the 15 witnesses as having taken place in private".

It also said "there is no evidence to support a conclusion that the Chelsea board knew of Heath's conduct".

However, Geekie adds that adults at Chelsea "were aware of and observed Heath's lewd...behaviour" and that "the unhappy reality is that some must have seen things and turned a blind eye to what they saw".

Gradi was suspended by the Football Association from his role as a director at Crewe Alexandra in 2016 pending an investigation into claims he "smoothed over" a complaint of sexual assault against Heath.

He has always denied having any knowledge of the crimes of convicted paedophile Barry Bennell, who is serving a 31-year sentence for abusing boys while a coach at Crewe in the 1980s, when Gradi was manager of the club.

In the Geekie report, one witness said Heath had "grabbed and caressed" him at the training ground, and Gradi subsequently visited them at their home after the boy's father had contacted Chelsea to complain.

In his interview for the report, Gradi repeatedly claims the boy's father said he "did not want to get Heath into trouble" and that "took the pressure off me as far as I was concerned". Geekie said the boy's father was "shocked" when told of Gradi's claim he did not want the matter to go further.

Gradi said he thought the allegation related to sexual touching of the boy's "privates" but he "hadn't been raped or anything like that".

According to the report, Gradi also said he had not recognised the boy on his visit, suggesting to him that the youth player was not an outstanding prospect and "he is blaming the sexual stuff going against him becoming a footballer".

The witness told the review Gradi had said he would "have a word" with Heath, but Gradi denied telling the chief scout of the complaint. Instead, Gradi claimed he decided on the drive home to report the complaint and, on hearing on the radio that the Chelsea manager had been sacked, told an assistant manager, who died in 2015.

The witness said the next time he saw Heath after meeting with Gradi, the chief scout said "do you still love me" and "publicly tore into" him during training, which led the witness to feel "humiliated" and he "stopped enjoying football".

The report concluded that Gradi spoke to Heath and not the assistant manager, and that "by telling Heath alone, Gradi exposed the victim to bullying and intimidating behaviour by Heath".

"Gradi should have reported the matter to more senior staff," said the report. "It was a lost opportunity to expose Heath and prevent further abuse."

Gradi said reporting the allegation to the assistant manager was "the end of my involvement in the matter".

He added: "I completely deny that I ever attempted at any stage to 'smooth over' the matter as has been reported in the press."

What about the separate bullying & racism claims?

Chelsea began an investigation in January 2018 into allegations by three former youth players that former youth team coaches Graham Rix and Gwyn Williams racially abused them during the 1980s and 1990s, before seven more players made further claims.

Rix joined the club in 1993 and left in 2000, a year after being jailed for having sex with an underage girl. Williams joined Chelsea in 1979 as youth development officer and worked as assistant manager under former boss Claudio Ranieri before leaving the club in 2006.

The review by children's charity Barnardo's interviewed 22 people, during which process the culture at the club was described as a "dog-eat-dog environment".

Former players who were interviewed gave examples of bullying between players including throwing excrement, deep heat rubbed in genitalia and beatings - carried out irrespective of race.

The report stated that this "bullying" helped create a culture "in which racially abusive behaviour also could take place".

Some former players said Williams would claim he was preparing young players for abuse they would receive if they went on to represent the first team.

Former staff told the report that Williams and Rix were "quite aggressive" but that Williams was "on a par with what football was like in those days", while a former first team manager said Rix had "a great ability to deal with young players and had a good emotional empathy".

The review said there was "much less information" available on allegations against Rix and that the three former youth players who initially spoke to the Guardian did not come forward to be interviewed by Barnardo's.

In conclusion the report found, despite "clearly conflicting accounts", the evidence "strongly indicates" that there was "racially abusive behaviour towards black young people at Chelsea during the 1980s and 1990s and that based on information from those spoken to, that Gwyn Williams was the instigator of such abuse".

It added that while Rix "could be aggressive and bullying", on the evidence presented to the report, "he was not racially abusive" but "the same cannot be said about Williams".

In response, Williams wrote to the review, saying he "denies any and all allegations" and that "he did not act in a racist way towards any youth or other player" at Chelsea.

He claimed the extracts of the report shown to him were "biased, untrue, unfair and artificial and part of a concerted effort to scapegoat him".

Rix also gave a statement to the review through his solicitor, saying he "denies he was bullying or aggressive. He denies he was (or is) a racist".

What did Chelsea say?

If you, or someone you know, have been affected by any of the issues in this article, information and support is available via BBC Action Line.