New Liverpool signing Harvey Elliott has apologised for a video in which he appears to use derogatory language about Tottenham striker Harry Kane.

Elliott, 16, posted a video on Snapchat during Spurs' loss to Liverpool during the Champions League final in June.

In a statement, Elliott said he is "truly sorry" and the contents of the video "do not represent who I am as a person or how I've been brought up".

"I realise that my actions were both immature and senseless," he said.

"The video was taken whilst messing around with friends in a private environment and was not directed at any individual."

He added: "I would just like to wholeheartedly apologise for any offence caused on the back of a video of me currently circulating on the internet."

The midfielder, who made his professional debut aged 15 years and 174 days, joined Liverpool from Fulham earlier this week. 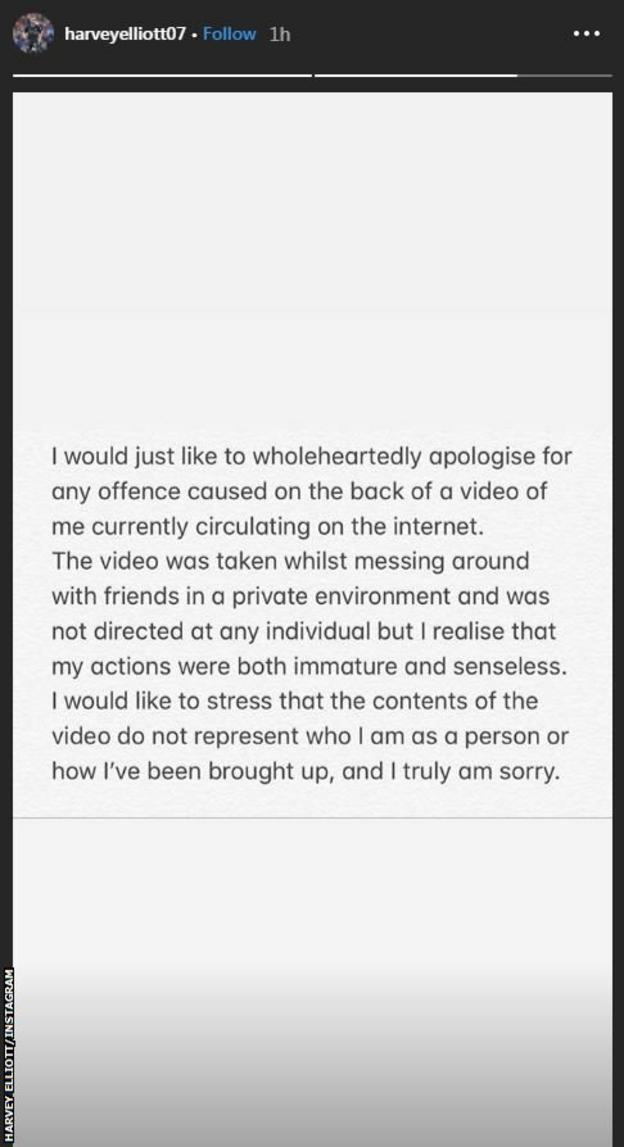