Inverness Caledonian Thistle have loaned nine players to Fort William - but the Highland League strugglers have denied it is "some sort of takeover".

Fort have been bottom of the Highland League in the last two seasons, conceding 245 goals and scoring just 21 in two winless campaigns.

Championship side Inverness approached them last month with the proposal.

And after "lengthy discussions", a deal was struck for what both clubs describe as "a groundbreaking initiative".

"Our policy has always been about nurturing young talent whilst at the same time improving our team so this was clearly attractive to us," read a Fort statement.

"We understand some might be concerned that this is some sort of takeover, but this is far from the case. We have driven this initiative forward and believe it will benefit ourselves, Caley Thistle and Highland football as a whole."

Inverness CT told a meeting of the Highland League in May that they would be interested in submitting a colts team to the division after Cove Rangers' promotion left it with an odd number of teams.

However, the proposal was ruled out, with Highland League president Raymond Cardno saying there were "a few issues" with that plan.

"We see this as a benefit for both clubs and Highland football in general," said Inverness CT of the deal with Fort. "We look forward to seeing the boys develop in the Highland League."

Fort considered dropping into junior football last summer but opted to remain in the Highland League and finished last for the 15th time in 21 seasons.

They drew just two matches last season - and finished on minus seven points after a deduction for fielding an ineligible player - and last won a league match in April 2017.

You can watch 'The Fort', the story of Britain's worst football team, on the BBC Scotland channel on Tuesday at 22:00 BST and on the iPlayer shortly afterwards. 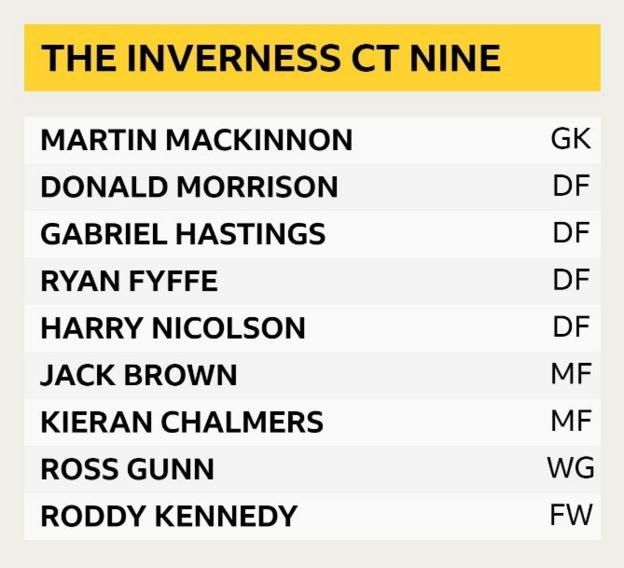