Connah's Quay Nomads beating Kilmarnock is "one of the biggest upsets in the history of Europa League" and a "bigger result" than Barcelona losing 4-0 in Liverpool, says manager Andy Morrison.

The Welsh part-timers set up a second qualifying round tie with Partizan Belgrade after a stunning 2-0 win at Rugby Park overturned a 2-1 deficit.

"What we've achieved is something quite remarkable," said Scots-born Morrison.

"You could see for large periods what a good team they are, but we were too savvy and too clever and worked them out. We always believed we'd get a chance and we took them."

Callum Morris' 79th-minute penalty was the decisive goal, and came after Ryan Wignall opened the scoring just after the interval.

It was a third win in Scotland inside 10 months for Connah's Quay, who beat both Falkirk and Queen's Park in the Challenge Cup last season before losing to Ross County in March's final.

However, the side who finished second in the Welsh Premier League last term and attract an average attendance of around 270, needed a penalty shootout to beat Edinburgh City five months ago.

"I heard some stuff before the game - I think it was the Queens' Park manager who said 'it'll be six but I wouldn't be surprised if they get 10'," Morrison told BBC Scotland.

"There's a little message for them there... you don't write off teams of men. My skipper is 37 years old, Michael Wilde is 35, but they have the hearts the size of lions, and never back down.

"It's a monumental achievement by them all. The lads are going to get back home at five in the morning, six of them have work tomorrow and then we've got to get ready for Serbia next week."

'Greatest Welsh result of all time' - what they said 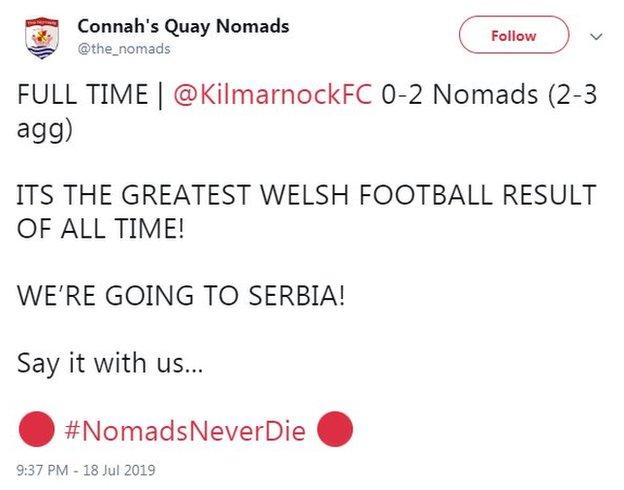 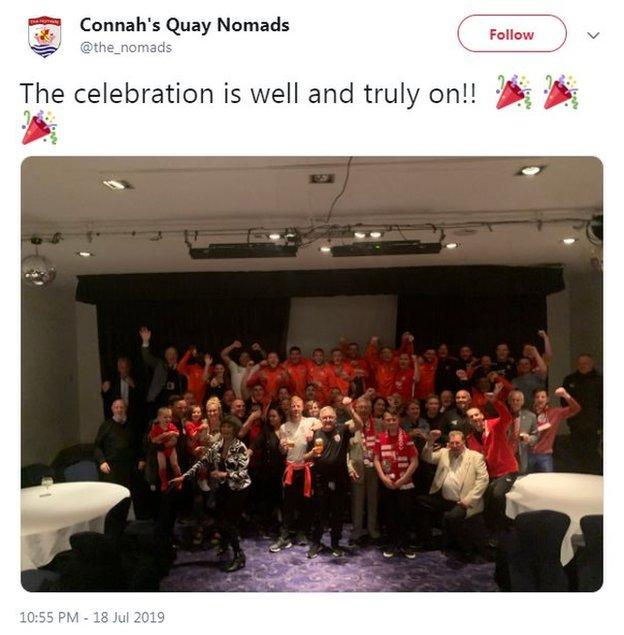 'I didn't know they had that in their locker' - analysis

In the second half, Nomads started to play a little bit. I didn't know they had that in their locker and their first goal was a cracker. They had Kilmarnock where they wanted them and they started to panic.