United striker Romelu Lukaku's move to Inter Milan is in doubt as the Italian side are questioning whether the Belgium international, 26, is worth the £75m asking price. (Sun)

Tottenham are looking to break their transfer record for a second time this summer with a £70m bid for Real Betis' 23-year-old Argentina midfielder Giovani lo Celso. (Mirror)

Paris St-Germain and Schalke are interested in signing England full-back Danny Rose from Tottenham, who value the 29-year-old at £20m. (Sky Sports)

New Newcastle manager Steve Bruce is expected to hold talks with Sean Longstaff, 21, in the coming days, in an attempt to convince the English midfielder to resist any interest from Manchester United. (Sky Sports)

Matthijs de Ligt and Juventus - are they perfect for each other?

The Gunners are hopeful of completing a loan deal for Real Madrid and Spain midfielder Dani Ceballos, 22. (Goal)

Ivory Coast forward Wilfried Zaha has told Crystal Palace he wants to leave the club, with Arsenal interested in the 26-year-old. (Sky Sports)

Palace are considering a bid for Arsenal's full-back Carl Jenkinson, 27, as they seek a replacement for fellow Englishman Aaron Wan-Bissaka, who left for Manchester United. (Star)

Sheffield United boss Chris Wilder has revealed he is chasing a further four signings this summer as the Blades prepare for life in the Premier League. (Sheffield Star)

Aston Villa are interested in signing former Liverpool striker Daniel Sturridge on a free transfer and have already held talks with the 29-year-old England international. (Mirror) 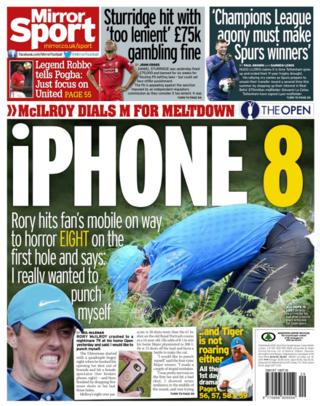 Read more on Racism is a pandemic - Joshua

Read more on No positive results in top-flight tests