Wednesday marked Frank Lampard's first game in charge of Chelsea, six days after the club legend was appointed manager of the Premier League side.

His debut saw Chelsea draw 1-1 with Dublin-based Bohemians - and by Thursday morning, #LampardOut was the top trend on Twitter in the UK.

So, why was it trending, and how does such a hashtag gain momentum? BBC Sport takes a look...

Cast your mind back to April, when Lamps was still manager at Pride Park.

The first time the hashtag #LampardOut was used was after Derby were charged by the Football Association for failing to control their players during a 3-3 draw with Brentford - on 12 April.

A little over two weeks later, the second mention came courtesy of a Chelsea fan who claimed giving Lampard the Blues job would "tarnish his legacy and everyone will be #LampardOut". 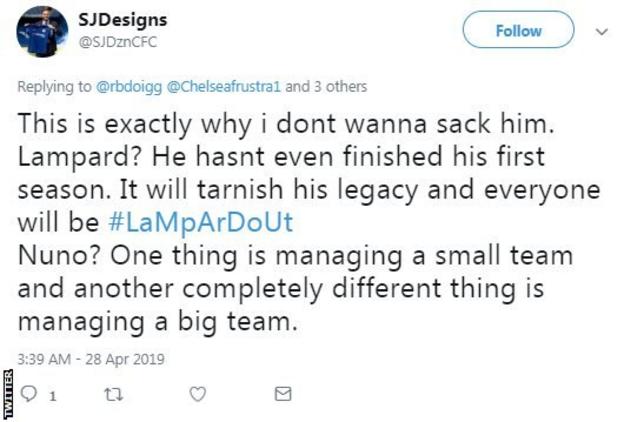 Further mentions appeared on Twitter, with 199 tweets between the first use and the announcement of Lampard as Chelsea boss on 4 July.

One fan was optimistic with his six-month prediction; it only took six days for the hashtag to gain proper momentum.

Others backed the appointment, adding they would "stand with Lampard" when the predictable tweets came...

There were 257 tweets using the hashtag between Chelsea's announcement at 09:00 BST on 4 July, and 19:25 BST on 10 July - when the team was announced for Chelsea's pre-season friendly against Bohemians.

A further 12 tweets appeared between the team announcement and kick-off, with a dozen supporters wading in on Lampard's team selection - although, given injuries to some of the Blues' young stars, clearly not all of them were intended seriously. 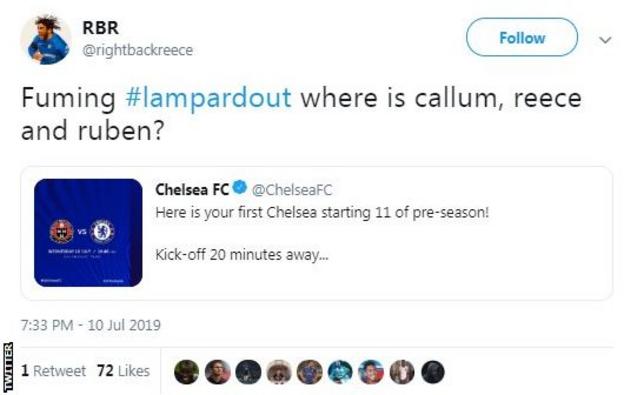 After kick-off, up until 07:30 BST on Thursday morning, the total number of tweets mentioning #LampardOut had grown to more than 4,500.

If its inception was clearly tongue-in-cheek, there there were still some fans who were genuinely perplexed by the top trend. 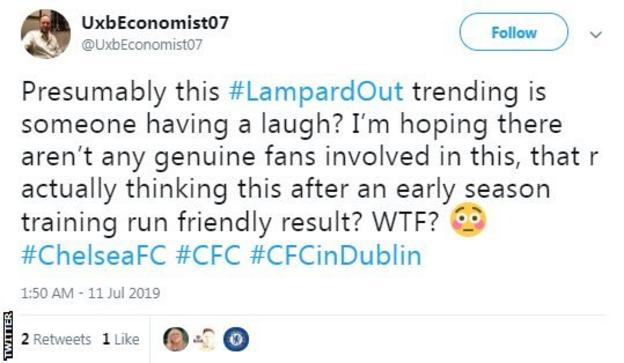 The aftermath of a pre-season draw

Those who might not have seen the result of Wednesday night's pre-season friendly were genuinely confused as to why #LampardOut was all over their timelines.

But some Chelsea fans appeared genuinely unimpressed about a 1-1 draw in Ireland... 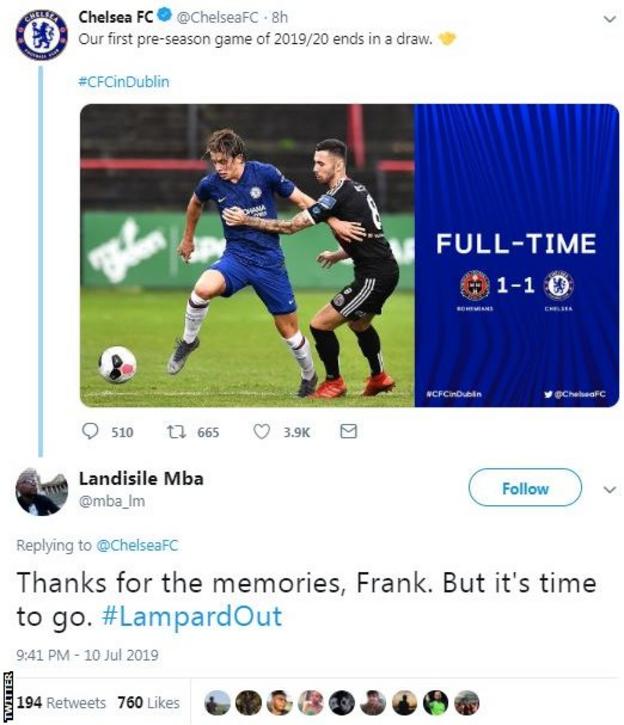 The playful trolling continued, with one fan even going to the lengths of creating a 'Lampard Out' Twitter account. Others suggested fans of rival clubs might have been wading in to help the hashtag trend.

And one fan attempted to change the narrative, calling for a #LampardIn hashtag. 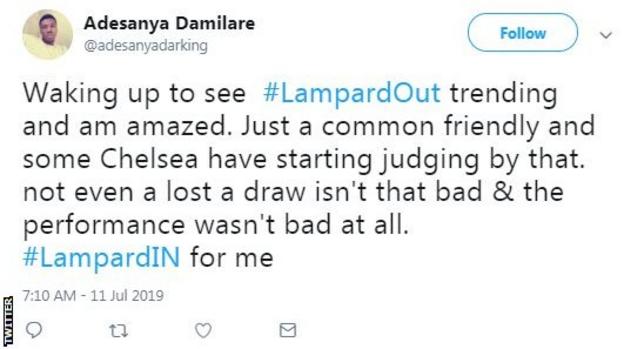 No matter how well the new boss performs this season, it's likely that we've not seen the last of the hashtag.