It was a game that united football lovers across the world in shock, excitement, nerves, joy and admiration.

The second leg of Tottenham's away-goals victory over Manchester City in the quarter-finals of the Champions League was a showcase for why football is called 'the beautiful game'.

It started with four goals in the first 11 minutes. Then another came to make it five in 21 minutes.

A pulsating hour of football followed with two more goals (one of which was awarded after a lengthy VAR review), before one of the most dramatic finishes to a game we've ever seen.

Needing a goal to keep their hopes of the quadruple alive, Raheem Sterling netted for City in the 93rd minute causing pandemonium in the stands but the goal was then ruled out for offside by VAR.

Spurs manager Mauricio Pochettino said the drama was "why we love football" with Match of the Day presenter Gary Lineker describing it as "one of the greatest, most enthralling, dramatic and emotional games of football I've ever been at".

Lineker, like many of us, said he had sympathy for those who don't like football and weren't able to enjoy the pulsating 90 minutes. 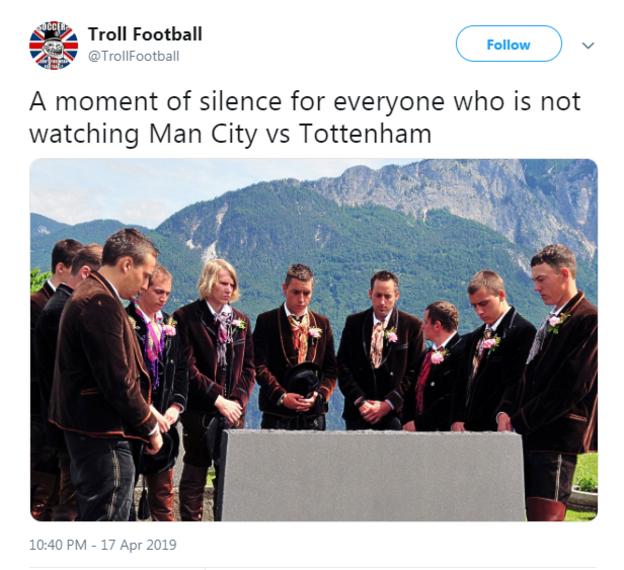 'Football sometimes is a joke'

We got just a little excited when it looked like Sterling had snatched the most remarkable of late winners. 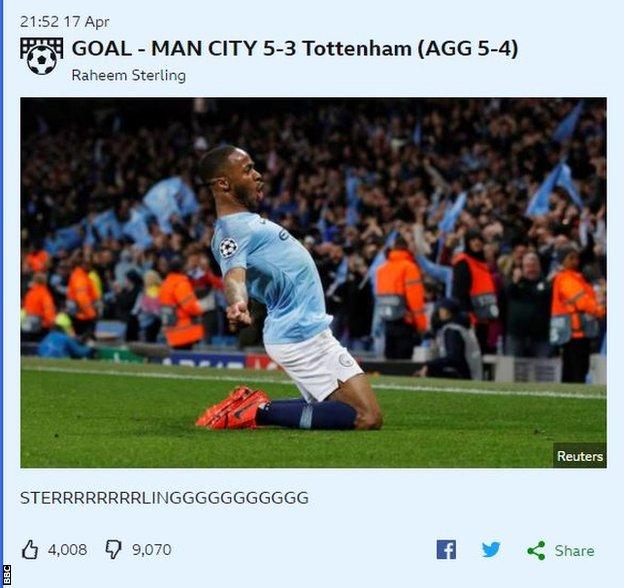 And there was more to come when the goal was ruled out. 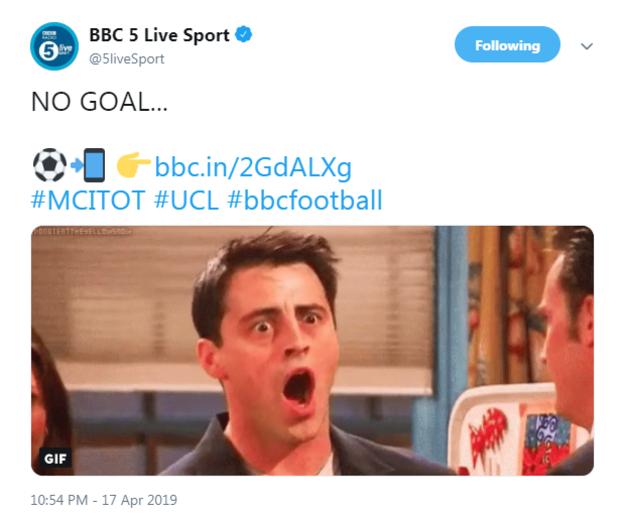 A tweet from Barcelona defender Gerard Pique just summed up what we were all feeling at that point.

'Thumbs up to VAR'

Unsurprisingly Tottenham's players were delighted with the result and the VAR decision to rule out Sterling's winner.

Striker Harry Kane was on his feet celebrating in his living room despite that ankle injury which ruled him out of the game. 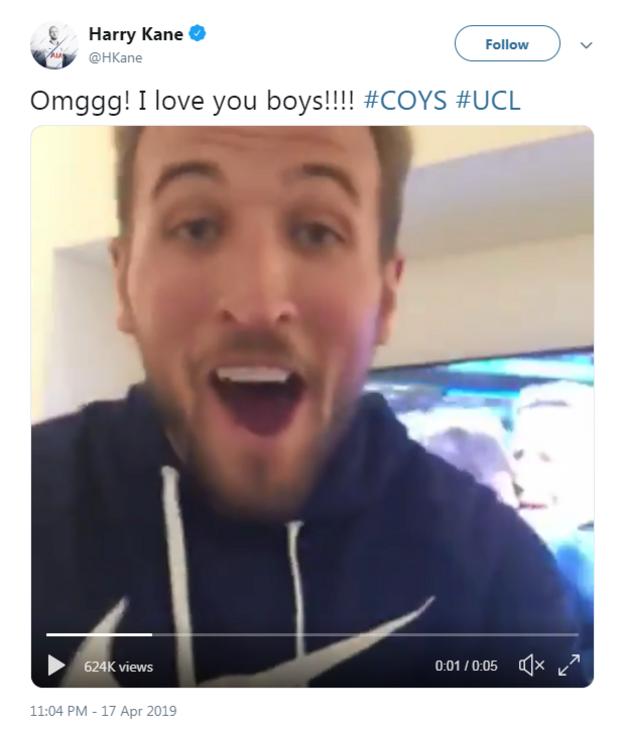 And centre-back Toby Alderweireld is already thinking about the semi-final with the Belgian and team-mates Eriksen, Jan Vertonghen and Davinson Sanchez set to return "home" to play former club Ajax. 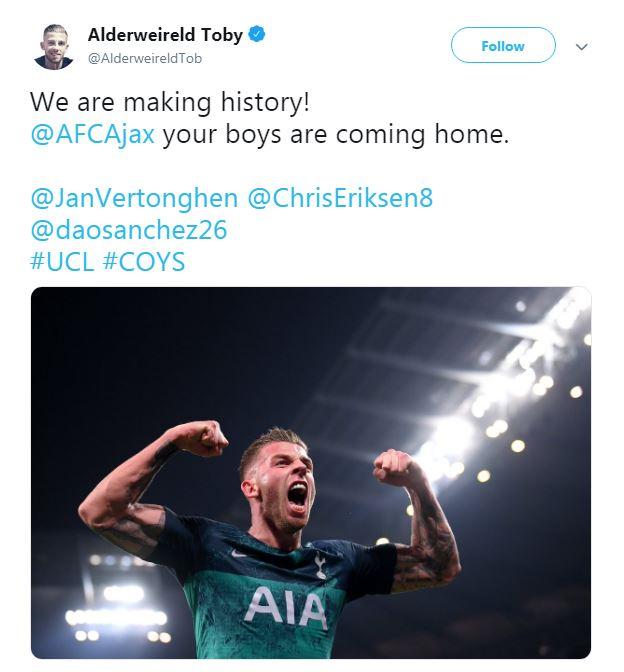 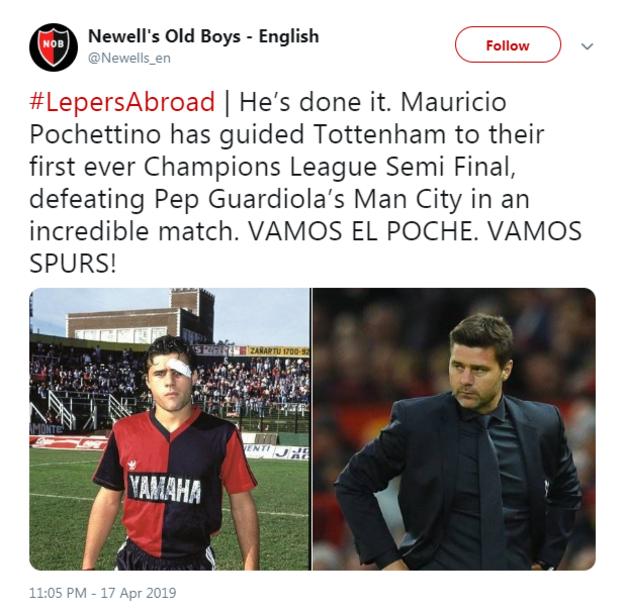 And it wouldn't be fair to end without some of your comments sent to #bbcfootball.

Ellis Nordhoff: Never ever seen a game like that in my life. Had everything, and the dramatic twist of emotions at the end. Unreal match.

Tom McQuillin: I'm a wreck. I can't walk I'm such a bundle of nerves. Best game I've ever seen. COME ON TOTTENHAM!

Rachel T: I have been supporting Spurs for almost 40 years and I have NEVER, EVER seen anything like that. Pochettino, he's magic you know and so are the rest of them!

Rob: Please spare a thought for those of us who do love football and can't watch an apparent thriller as well.

Spare a thought for Ritchie who sent this before the game...

Ritchie: Out for dinner with the missus for our anniversary. Selfishly hoping for a dire game (sorry!) but suspect it will be a thriller. 3-1 City with Spurs missing a late pen. PS. Love you Claire!