Manchester City have three players on the six-man shortlist for the Professional Footballers' Association Players' Player of the Year award.

Liverpool forward Mohamed Salah was the winner for 2017-18 and Sterling is also up for the PFA Young Player of the Year award, which he won in 2018.

Among his rivals for that prize and the main award is his City team-mate Silva.

To be eligible for the award, players must be 23 or under at the beginning of the season.

The winners, voted for by Professional Footballers' Association (PFA) members, will be announced at a ceremony at London's Grosvenor House on Sunday, 28 April. 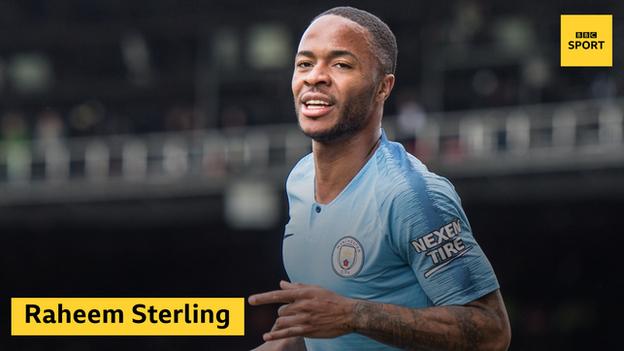 Manchester City and England forward Sterling is enjoying a prolific season at club level having already scored 23 goals in all competitions.

That is equal to his best tally (in 2017-18) and there are signs he has also added greater awareness and composure to his game - as one of the Blues' creator-in-chiefs - to complement his blistering pace and eye for goal.

The 24-year-old has been a key player in a City side aiming to win a domestic treble and back-to-back top-flight titles for the first time in the club's history.

Did you know? Sterling has had a hand in 36 goals this season (23 goals, 13 assists), a haul only Aguero can better among Premier League players (39). 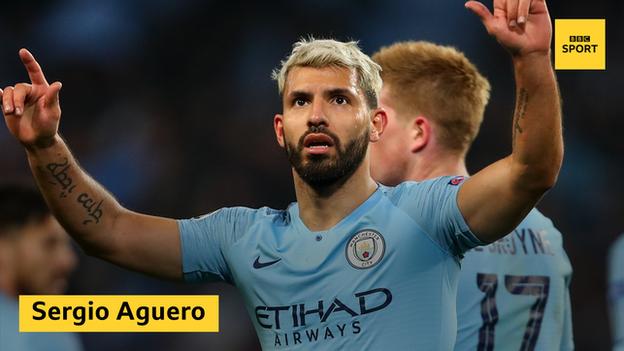 Argentina forward Aguero has again provided the firepower to propel a Manchester City title challenge as they aim for a fourth Premier League crown.

The 30-year-old, who was in the PFA's team of the year for 2017-18, has averaged a top-flight goal every 109 minutes and has already scored 30 goals in all competitions for the fifth time in eight seasons.

Seventeen of those strikes have come since January and, with 19 goals, Aguero is level in the race for the Premier League Golden Boot with Liverpool's Salah, despite playing almost 900 fewer minutes than the Egypt international.

Did you know? Aguero's tally of 30 goals in all competitions is more than any other Premier League player during 2018-19. 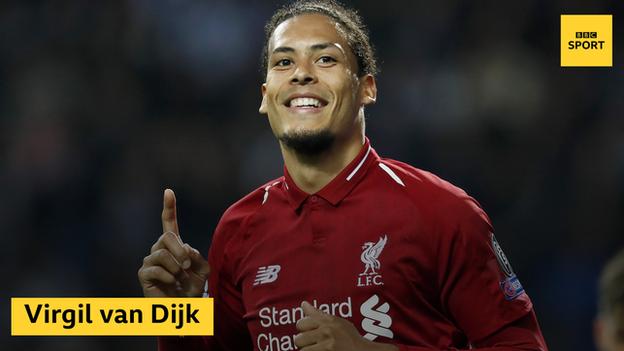 Van Dijk's acquisition for £75m in January 2018 is one reason Liverpool have been able to mount a concerted Premier League title challenge in 2018-19.

The 27-year-old Netherlands defender has been instrumental to the Reds' improvement, with 17 of his 34 appearances resulting in clean sheets and Jurgen Klopp's team having conceded 15 fewer goals than at the same stage last season.

It has contributed to Liverpool to bridging a 25-point gap to champions City, to lead the table as the title race enters its final stages.

Did you know? Van Dijk has the best duel-success rate (77%) of any defender with more than 25 in the Premier League this season. 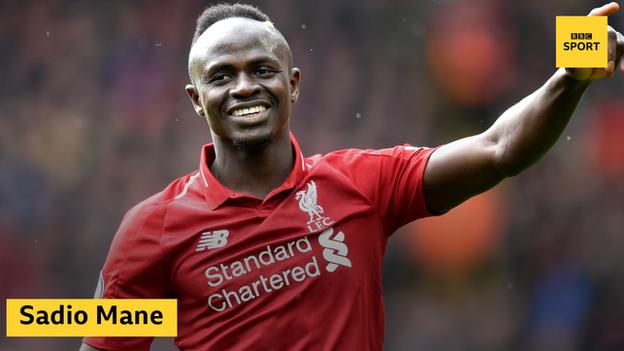 Senegal forward Mane featured in the PFA's team of the year in 2016-17 and the 27-year-old has arguably hit even greater heights since then.

Terrorising defences as part of a potent three-man attack alongside Salah and Roberto Firmino, Sane, with 18 goals, is just one behind the Egyptian and Aguero in the race for the Golden Boot.

His 22 goals in all competitions this term is also his best return since Southampton signed him from Red Bull Salzburg in 2014.

Mane has also shown a penchant for the big occasion, scoring twice in Liverpool's Champions League last-16 victory over Bayern Munich in Germany.

Did you know? Only Steven Gerrard (21) has scored more European Cup/Champions League goals for Liverpool than Mane (14). 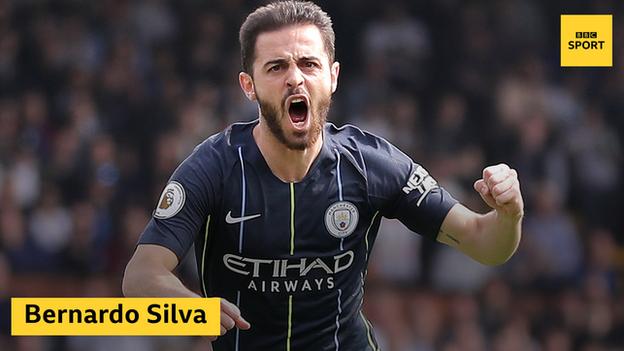 During the absence of Kevin de Bruyne, Portugal international Bernardo Silva has established himself as an integral part of the Manchester City midfield.

In his second full season at the club after joining from Monaco for £43m in 2017, Silva has already started 31 top-flight games, over double his total in 2017-18. campaign.

And most of those appearances have come from a central midfield role, where the 24-year-old's inventiveness alongside David Silva has sparked City's attacking play.

Did you know? Silva has been directly involved in 23 goals in 45 games in all competitions for City this season (12 goals, 11 assists), four more than he managed in 53 appearances last season (19). 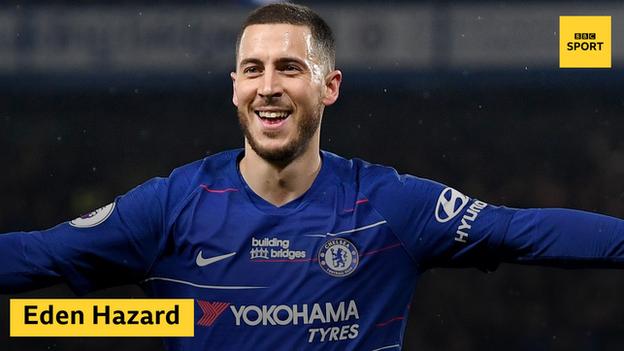 While transfer speculation has swirled around Hazard since he helped Belgium reach the semi-finals of the World Cup in Russia last summer, it has barely impacted on his performances for Chelsea.

Manager Maurizio Sarri has been at pains to reiterate the 27-year-old's value to the club throughout the season, suggesting he could be "the best player in the world".

Hazard, who has appeared in the PFA's team of the year four times in the past five years, has again been the focal point for the Blues' attacking, providing more goal involvements than any other player.

Did you know? Hazard has been directly involved in 28 goals in the Premier League this season (16 goals, 12 assists), more than any other player.

All statistics correct when the shortlist was revealed at 12:15 BST on Saturday, 20 April.