Juventus Women beat Fiorentina 1-0 in their first game at the Allianz Stadium in front of a capacity 39,000 fans - a record for a women's game in Italy.

Tickets were free for the league game and supporters flocked to the stadium in Turin, smashing the previous record of 14,000 for a women's match.

Only 121 Fiorentina fans reportedly made the trip.

Last weekend, a crowd of 60,739 watched Barcelona beat Atletico Madrid 2-0 at the Wanda Metropolitano - a record for a top-flight domestic women's game in Europe. 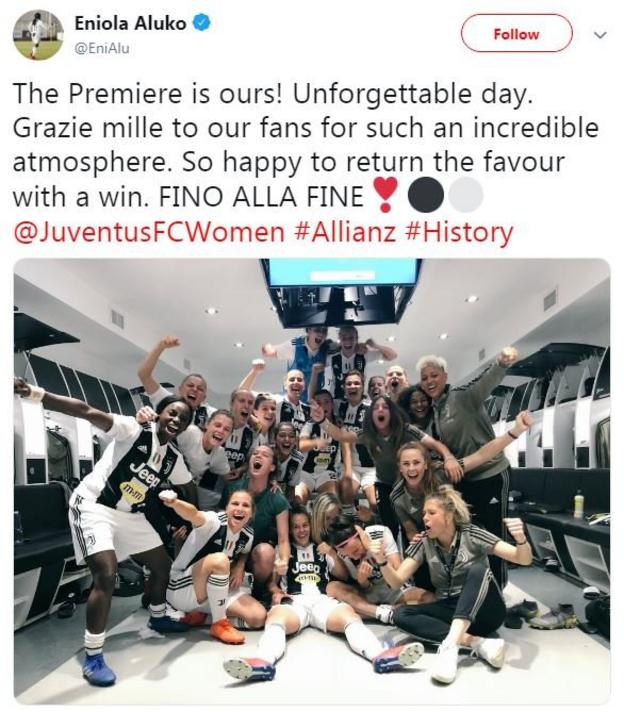