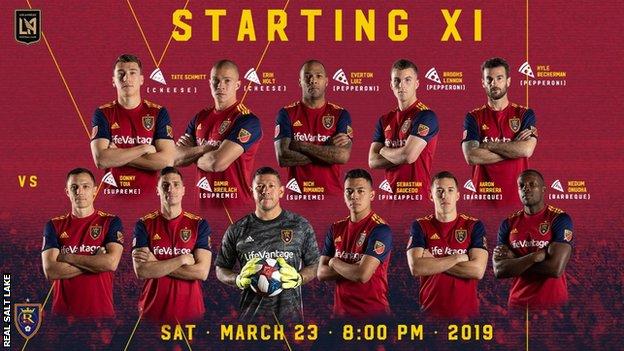 This team announcement will take some topping - a Major League Soccer side in the US was named according to their pizza preferences.

But Real Salt Lake, who had former Manchester City defender Nedum Onuoha at centre-back, failed to deliver on the pitch, as they lost 2-1 to Los Angeles FC.

The team's pizza choices were not without controversy, with midfielder Sebastian Saucedo, known as Bofo, opting for pineapple.

"Kick Bofo off the team for his terrible choice in pizza," wrote one Twitter user.

Real's social media team certainly earned their crust with the announcement and they were not done there, also naming the team by height and by star sign. 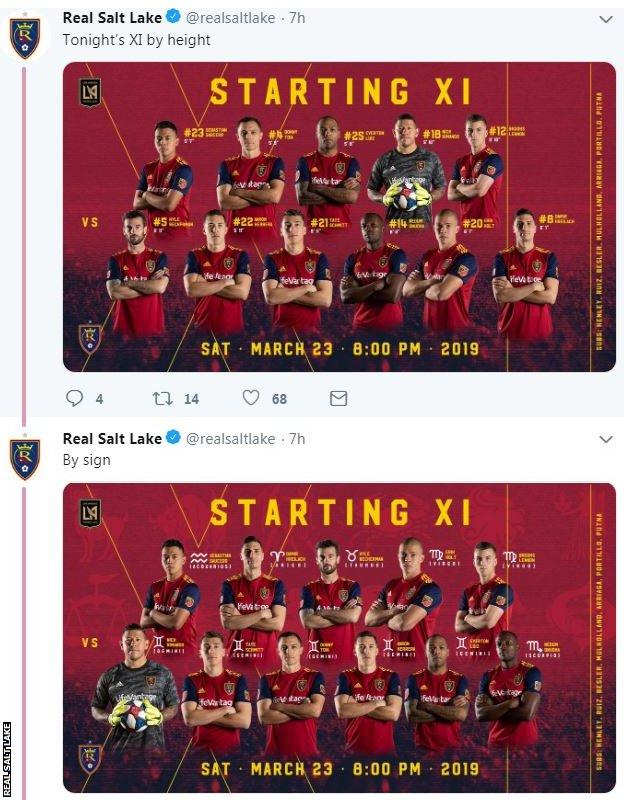