Burnley and Republic of Ireland striker Jonathan Walters has announced his retirement from football because of an Achilles injury.

The 35-year-old was on-loan at Championship side Ipswich this season, but made just three appearances after suffering the injury in September.

"It's been epic," Walters wrote on Twitter. "I am now retired from playing football."

He added: "Isn't it ironic...my Achilles heel has literally been my Achilles heel and finished me off! Veni vidi vici," a Latin phrase attributed to Roman emperor Julius Caesar that translates as, "I came, I saw, I conquered."

Walters played a large portion of his career in the Premier League with Stoke where he was an FA Cup runner-up in 2011, as well as playing five seasons in the Championship with Ipswich, where he won the club's Player of the Year award in 2007. 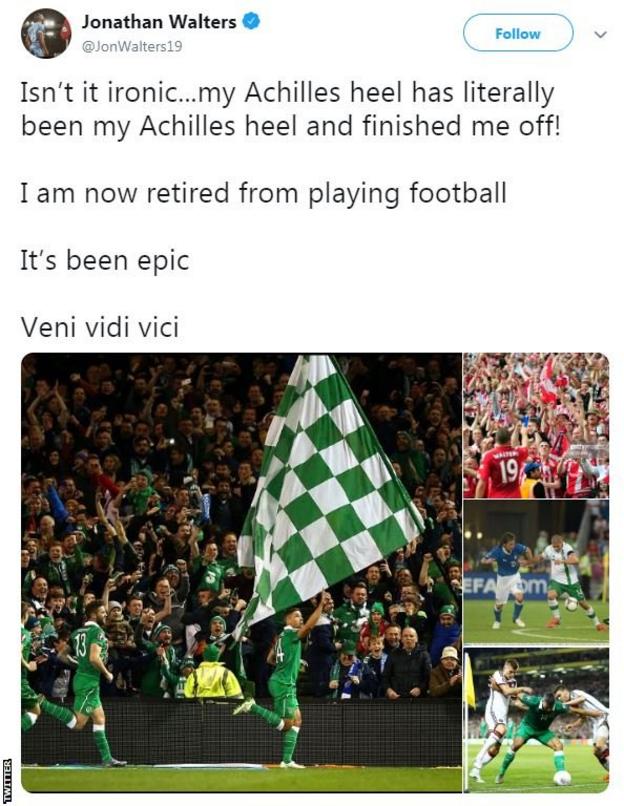