Leeds United hiring Marcelo Bielsa was never going to be a conventional or safe option, but the signs are it might just be a choice that could return this former footballing giant to the top flight for the first time in 15 years.

Over the past week, I spent four days immersed in his world at Leeds for a documentary for BBC Radio 5 live, which will be broadcast on Thursday at 20:00 GMT. Doors were opened so we could talk to players, staff and fans, plus we were able to observe training and grab some time to talk to Bielsa himself.

One of the more unusual features our team noticed was the fireplace where players and staff can meet, talk, relax and generally chew the fat. Its true importance might be discovered if they can find someone who can actually light it. For the time being, not unlike what is happening at Leeds more widely, it is a work in progress.

All around the club the talk is of the "one-off", complicated, obsessional Argentine coach. For once, when the fans sing "one Marcelo Bielsa, there's only one Marcelo Bielsa", they are actually hitting the nail on the head.

He was head-hunted in the summer by Victor Orta, the club's director of football, after he had agreed with owner Andrea Radrizzani, during a taxi-ride, to approach Bielsa. Orta followed that with the bold step of leaving a message on the Argentine's answering machine.

Soon after they visited him at his home in Buenos Aires. Bielsa had watched five Leeds games in the 24 hours before their arrival. By the time Orta made a second visit with chief executive Angus Kinnear, neither man could believe the extent to which Bielsa had already immersed himself in all things Leeds.

The 63-year-old had received tentative approaches from both Swansea and West Ham and was thought to be planning a trip to England to discover what it would be like to coach in England. Leeds would give him the chance to find out first-hand.

He joined because of the history of the club, because it is in England - a football land where he wanted to test himself - and mostly because he received assurances from Radrizzani, Orta and Kinnear that whatever Leeds would promise, they would deliver. That was the most important thing, bearing in mind he had been given promises that were broken while at Lille and Lazio, two short-lived adventures.

It tells us much about the man. With Bielsa it is all about personal relationships and mutual trust.

By the time he signed on the dotted line it was reported he had watched every single minute that Leeds had played the previous season.

"Poor chap," tweeted one wit. "What's he done to deserve that?"

Change of culture since Bielsa's arrival

It was "spygate" that brought him to the attention of a wider public away from Elland Road, when his snooping on rivals' training in order to try to gain some advantage became public knowledge.

But that is Bielsa right now: a man doing things differently. He is unique in his detailed approach to everything to do with the game. His assistants send videos regularly by Whatsapp to the players with clips of their own performances or of the rivals they are about to face. Bielsa, who prefers his helpers to have more contact with the footballers than himself, is obsessed by opponents.

Tactical dossier presentations aside, he keeps the media at a distance, something he is perfectly content about. But he does know, and points out to head of communications James Mooney, if one of the regular journalists, like BBC Radio Leeds' Adam Pope, is not in the room.

Much was made of a story about players being made to collect litter near the ground. It was done so they could realise that the world was not made up of people living in elitist and privileged bubbles, but rather "normal" human beings who had to work very hard and frequently had to do things they would rather not.

It's all about setting high standards that will stay with the club long after he has gone. He has changed the culture of Leeds for good.

He walks the four miles from his home to the training ground. His intense walking during games and his moments of crouching down on what looks like a plastic bucket is his way of dealing with constant back pain that has not left him since his time as a player.

There are also places for the players to stay in the training ground when Bielsa decides they have to.

The attention to detail is palpable. Specific reading lights have been put in the rooms and even the positions of the light sockets have been changed because they were not perfectly straight on the walls. And then there's that fireplace, installed to try to create that homely feel.

Training sessions are as intense as they are detailed. On Wednesday it is 11 v 11, with the preferred side playing against those aiming to break into it and sometimes one of the substitutes shines and earns a place in the starting line-up.

Thursday is more detailed and concentrates on repetitions of moves, explanations of what they need to do next, then more repetitions. This is all because Bielsa realises that, on the pitch, decisions are made by the players so there has to be a certain level of independence, born of instinct and natural talent. Over time a coach can also dictate those decisions to make them part of players' DNA.

From the office people to those who look after the facilities, all want to be part of what is happening. There is a buzz at the club - they feel like participants of something special.

Will everyone at Leeds 'get it' with Bielsa?

One doubt on his arrival in England was whether a group of Championship players would understand his methodology and his way of working.

These are still early days as those at the club come to understand him deeply and to realise that his philosophy is based on how he sees life, not just football. I am not sure that has fully reached those who Bielsa is trying to influence and help. But it will.

In the simplest sense, like the very best top coaches, he makes players better.

I asked if it had been difficult to get to the hearts of the English players and he replied: "No, exactly the opposite. They have running through every part of them the ability to respond to emotional stimulus."

Manchester City manager Pep Guardiola once flew to Argentina and drove for miles just to meet Bielsa, and to talk football with him. "Everyone who works with him is a better player and the teams are better," said the Spaniard. "This is why he is a special manager, and a special person. He knows the game and reads the game like few managers in the world."

His coaching methods might not be the most advanced but they are meticulously detailed. It is on the back of this obsession about his rivals that 'Spygate' had its origins.

"The truth is," he once said of himself. "I have within me the capacity to be passionate, but not just about football. If tomorrow I cannot employ that capacity for passion into football then I will place it somewhere else."

He explains so much about his romantic understanding of football and life that he has built a following of pupils and admirers that have been working with him or have learned under him, like Eduardo Berizzo, head coach of Paraguay, and former Barcelona and Argentina manager Tata Martino.

And just like Guardiola, Tottenham boss Mauricio Pochettino has always admired Bielsa, even though they understand football quite differently. Above all, their teams do not change much depending on who they are playing, something that is an essential rule of Bielsa's tactics.

What is his philosophy?

Expectations at Leeds are high, with everyone at the club yearning for a return to their former glory days.

Promotion to the Premier League - they are currently in third place, two points behind leaders Norwich - would be a massive achievement, especially bearing in mind a significant number of the squad are the same players who finished 13th last season. The difference is that now everyone has improved.

"I think that the expectations of the fans are legitimate ones," Bielsa says.

"We know what a fan feels about the possibility of having the team promoted. But we have the same hopes as the fans. First of all because we desire the same things as them, and second because we assume we are representing the feelings of many people and this has to increase our strength."

This is not just a one-man band. Bielsa is surrounded by assistants, all of whom sing from the same songsheet, and interns from all over the world who come to learn, and compete to get close to him.

Bielsa is under no illusions as to the task and is customarily philosophical about how he can achieve it. This is him explaining his job with Chile, but can be used in our case study: "You have to work and give it everything but also recognise certain things could be improved. Very often I will insist on something, go through it again, revise it, multiply it, look at it again and then say to myself: probably best I went to the cinema, so I can see things from a different perspective. Sometimes it is easier to sort problems out if we do something different rather than keep obsessively looking at them." 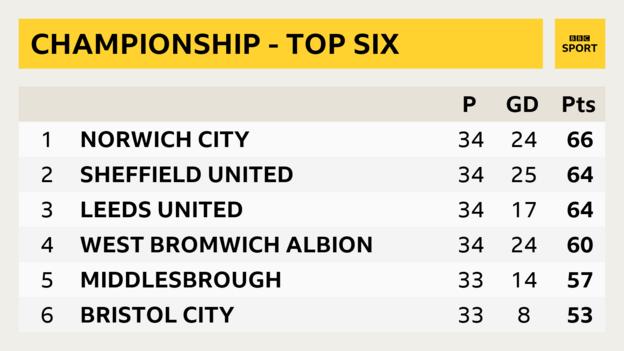 What he does know is that he will only be able to achieve what he wants from the players if he loves them. Anything else will not work. "Whoever is loved will always feel safer and have that sensation of strength that will put him in a superior position to confront the battle," he said during his time as Chile manager. "I am quite clear in my mind that one has to feel sincere love for those he leads, and if he doesn't feel it naturally, then he must learn how to feel it."

Perhaps the best description of what Bielsa is comes from the Chilean sociologist Eugenio Tironi, who said he is "an excellent reference and role model for youth because he achieves results through discipline, rigour, but most importantly through enthusiasm".

Tironi added: "He is like a character in a novel, someone who sees the world from the point of view of a game and who lives with the obsession of achieving perfection."

161 comments
Back to top
unknown