Alfredo Morelos scored four goals on his return from suspension as Rangers demolished 10-man Kilmarnock to book a Scottish Cup quarter-final at Aberdeen.

The Colombian striker had already tapped in by the time visiting keeper Daniel Bachmann was contentiously sent off after 25 minutes when his elbow nudged Glen Kamara's head.

Morelos added a second, then three goals in six second-half minutes closed out the win. Substitute Andy Halliday netted, then Morelos struck twice to take his season's haul to 27 goals.

The Scottish Premiership's top scorer was a constant menace to a Kilmarnock defence that looked decidedly unsteady after the reshuffle enforced by Bachmann's red card.

Morelos has now racked up eight goals against Steve Clarke's side this term - more than any other team has managed.

Without Morelos, Rangers were limp in their goalless Ibrox draw with St Johnstone on Sunday. They fell eight points behind league leaders Celtic and manager Steven Gerrard demanded a response.

He got a sizeable one on a night of tumult that began with clamour for a Kilmarnock penalty. After just three minutes, Eamonn Brophy broke into the box from the right, bamboozling Joe Worrall, who put an arm around the striker. Down he went. Brophy hammed up the challenge, but despite the exaggeration was unfortunate that Alan Muir did not point to the spot.

Three minutes later, Kilmarnock fell behind to a wonderful goal. James Tavernier's incisive pass put Daniel Candeias away up the right, and Morelos clipped his cross into the empty net from two yards out.

That combination would prove deadly, but before that came the turbulence - as if Scottish football needed more refereeing controversy.

The incredulous Bachmann was sent off after being deemed to have elbowed Kamara in the head. The goalkeeper had raised his arms high in preparing to defend a corner, and as he lowered them again, caught Kamara, who fell to the ground holding his face. The contact appeared minimal, and the force little, but it was enough for the officials to decide red was merited.

Bachmann's departure and an injury to Alex Bruce forced Clarke into an awkward restructuring. Gary Dicker dropped to centre-back and Alan Power was shunted into a wider role, nullifying Kilmarnock's dynamic central-midfield unit. Forward Conor McAleny was substituted so Jamie MacDonald could come on in goal.

Rangers - and particularly Morelos - feasted on their uncertainty. Tavernier galloped forward and rasped one off the underside of the bar before Candeias and Morelos linked brilliantly to make it 2-0. The 22-year-old slunk free of Dicker's attentions and nodded Candeias' beautifully arced cross into the net at the back post in first-half stoppage time.

Rangers' superiority swelled after the break. Scott Arfield went close on the counter. Morelos miscued a cross when he had a chance for a hat-trick, then his blasted shot was tipped wide by MacDonald after the striker had bullied Greg Taylor off the ball.

He was revelling in Rangers' dominance and he would not have to wait much longer for more glory. Substitute Halliday emphatically swept home Ryan Kent's cross before Morelos thundered home from yet another Candeias pass.

And, in the dying minutes, when Youssouf Mulumbu was dispossessed on the edge of his own box, the ball rolled to Morelos, the swaggering star of the show. He took one touch to shift it into space, and with his second, rifled low beyond MacDonald.

A ruthless finale to a rousing night in Govan, and a reminder of the colossal importance of Morelos to Rangers' aspirations.

'It was a game that had to be won' - analysis

It was a pressure game, a game that had to be won. Everybody knew that or else there was going to be a lot of stick coming Steven Gerrard's way, and the club's way. The players were under a degree of pressure but it was a comfortable victory in the end up. Kilmarnock were tired physically and mentally and Rangers destroyed them.

It's really hard to evaluate the whole Rangers performance because of the early red card. Especially because it was a goalkeeper, because that means another substitution, another reshuffle. What you have to complement them on is their ruthless streak. They didn't look back, they didn't feel sorry - they just were relentless in trying to get more goals. 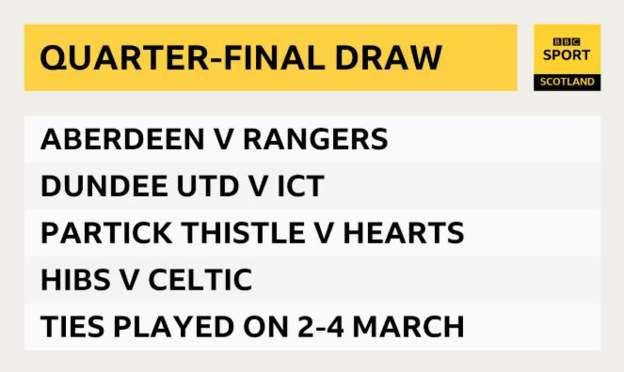