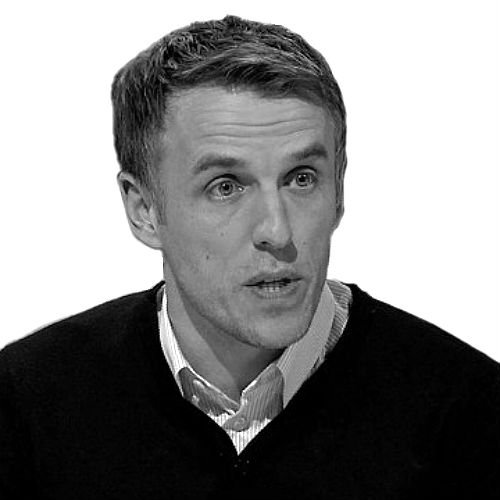 Tuesday's defeat by Paris St-Germain should not define Manchester United's season, or decide whether interim boss Ole Gunnar Solskjaer gets the job permanently.

Yes, it was a disappointing defeat on a flat night at Old Trafford, but that is not a reflection on Ole - more a reminder of how far this United team is from being a side that can win the Champions League.

I thought that after they lost at home to Juventus in October and, although they now have a different manager, as a team they are still in exactly the same place, which is well behind the leading European sides.

From what we have just seen in the first leg, it is extremely hard to make a case for United turning the tie around in Paris on 6 March.

With Paul Pogba suspended it is going to be a very tough ask for them to make progress, even if Anthony Martial and Jesse Lingard are fit.

I think we have to accept that United are not good enough, and move on.

Realistically, they were never going to win the Champions League anyway but what they can achieve is finish in the top four of the Premier League, and continue their progress in the FA Cup. That has to be the focus now.

Their final league position, in particular, is what actually will define United's season and I am sure that is the way Ole will look at it too, when he decides on his priorities in the next few weeks.

This is a bump in the road for him, but United were up against an extremely good team and that is the only reason they were second-best.

Could United have done anything differently?

I think Ole should get the job on a full-time basis based on what he has done since taking charge - not just with his fantastic results but because of the way he has changed the whole outlook of the club.

As I said on BBC Radio 5 live before the PSG game, whatever happens in this tie does not change any of that.

There has to be some realism about the level that this group of players is at, despite the way Solskjaer has improved them since replacing Jose Mourinho before Christmas.

We have seen them start to play at their expected level in the Premier League, which has brought them some fantastic results but, as we saw, the last 16 of the Champions League is another step up in class.

I don't think there is much that Solskjaer could have done differently against PSG, and he was not helped by having Martial and Lingard both forced off.

People have said Solskjaer has enjoyed the rub of the green in his first few weeks in charge - but he was very unlucky there.

Injuries to two of United's fastest players, at virtually the same time before half-time, took a lot of speed out of their team down the flanks, and disrupted their rhythm.

They lacked the necessary intensity during the period at the start of the second half when PSG scored both their goals, and could easily have got a couple more.

I think the best way to illustrate where United are in comparison to the leading European clubs is to ask which of their players would get in a full-strength PSG team, when Neymar and Edinson Cavani are available.

I would say a maximum of two - Pogba and David de Gea - which tells you how far United are away from mounting a serious challenge in the Champions League.

While PSG had the better players, you also have to give credit to their coach Thomas Tuchel because he got his tactics absolutely spot on too.

Pogba has been the best player in the Premier League since Solskjaer took charge, and he has played a key role in setting up so many of United's goals as well as scoring some himself.

But Tuchel recognised he was United's most influential player and used Marquinhos to nullify him completely.

That took away the threat of his service to Marcus Rashford and meant Pogba had no space to impose himself on the game. He was so frustrated with his inability to get forward effectively or dictate play from deep that he ended up getting himself sent off late on.

United tried to find another way through by putting crosses into the PSG box but Thiago Silva and Presnel Kimpembe, two of the French side's centre-backs, took up some fantastic positions and dealt with every single ball.

A world class defender would make a big difference

Defence is the area where I think United need to improve the most, especially at centre-back which is where they still look vulnerable.

Having a solid back-line like PSG's would make such a difference to the whole team and it is possible they could do that by making only one signing.

What they need is a player who is going to have a positive impact on the players around him, in the same way Virgil van Dijk's arrival has transformed Liverpool's back four.

United have got decent defenders like Eric Bailly and Victor Lindelof, who is another player that has been impressive under Solskjaer, but both of them would be better alongside a really commanding centre-half.

It is no different to what Mourinho said in the summer, when he wanted to buy Bayern Munich's Jerome Boateng and Leicester's Harry Maguire. He knew United were short there, and they still are.

If United are going to get back to where they want to be then that is a position where they need to identify someone who is world-class and available, and bring them in.