Arsenal earned an important win in a pulsating London derby against Chelsea to keep themselves in the race for the Premier League top four.

The victory moves the Gunners to within three points of fourth-placed Chelsea and back above Manchester United, who had gone fifth by beating Brighton.

Alexandre Lacazette put Arsenal ahead in the 14th minute when he made the most of a poor Hector Bellerin cross with a fine first touch before turning and beating Chelsea goalkeeper Kepa Arrizabalaga at his near post with a fierce strike.

Arsenal's intense pressing hampered Chelsea's ability to play the ball from the back, particularly in the first half, and the Gunners deservedly added a second through captain Laurent Koscielny in the 39th minute.

Chelsea failed to mark well enough at another set-piece and Koscielny missed a free header but the ball fortuitously looped in off his shoulder.

Maurizio Sarri's Chelsea struggled to create in the first half but did hit the post on the stroke of half-time through Marcos Alonso's header at a corner.

They posed greater threat in the second half but failed to have a shot on target until the 82nd minute as Arsenal's defence, led by the excellent Koscielny, held firm.

Arsenal show there is life in Emery's debut season

Arsenal and Chelsea both appointed new managers in the summer and both came into the game at the Emirates with questions marks over their progress after difficult recent results.

Defeat to the Blues would have seen a seven-point gap open between the Gunners and the top four but their intensity and work-rate in the early stages put their opponents on the back foot from the outset.

Arsenal seemed to have been set up with a clear plan by manager Unai Emery to press high up the pitch to prevent Chelsea playing from the back.

Their intensity was made clear on two occasions in the first half when striker Pierre-Emerick Aubameyang twice ran back into his own half to make challenges.

Arsenal should have scored as early as the fourth minute when Bellerin played in Lacazette who then crossed for Aubameyang, but the Gabon international failed to make contact with his finish from inside the area.

Both of Arsenal's goals came from set-pieces, another area that looked to have been worked on pre-match, and Koscielny could have scored earlier than he did but put a free header straight at Arrizabalaga at another.

Aaron Ramsey is set to leave Arsenal on a free transfer in the summer but started as the most attacking player in Arsenal's midfield and he played a key role both going forward and leading the north Londoners' press.

He constantly hassled Chelsea's Jorginho - a key player in the Blues' creativity - and no player had covered more ground than the Welshman when he was substituted in the 67th minute.

The only down side to Arsenal's night was what looked to be a serious injury to right-back Hector Bellerin who went down clutching his knee despite there being no contact in the challenge. 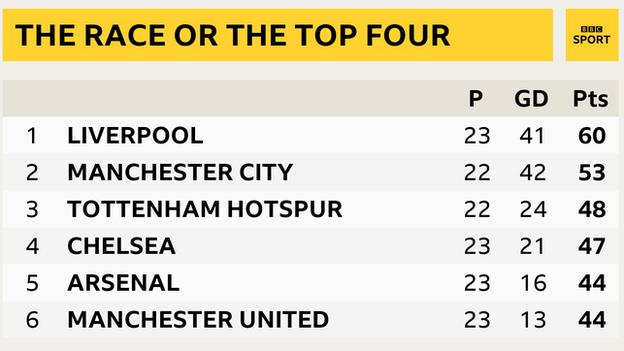 For Chelsea the problems are familiar ones which have been apparent in the Blues' matches in recent weeks.

Eden Hazard was again played in a false nine role but dropped deeper and deeper in search of the ball before eventually Olivier Giroud was introduced as a central striker in the 68th minute and the Belgian was able to play from a wider position.

Chelsea had 64% possession but failed to create any clear opportunities from open play with their passing and build-up too slow. Their one shot on target came from Alonso from a tight angle on the left-side of the box and was easily parried away from Bernd Leno.

The Blues often worked the ball into wide areas 30 yards from goal but they had too few players in the box and were crowded out by Arsenal's impressive defence.

Koscielny repeatedly cut out crosses and both he and fellow centre-back Sokratis Papastathopoulos, who had one of his best games since joining Arsenal last summer, headed away any high balls.

Chelsea have been heavily linked with a move for Juventus striker Gonzalo Higuain, currently on loan at Juventus, who Sarri worked with at his former club Napoli and on this evidence some increased attacking potency is clearly needed.

'We can be optimistic' - manager reaction

Arsenal manager Unai Emery: "I'm very pleased with this victory and these three points. After our defeat at West Ham we needed to show our supporters a strong moment.

"I'm very happy with the last 20 minutes and how we defended against them. The first half made the difference with the result, but in the second half we showed how we can defend together."

Chelsea manager Maurizio Sarri: "I'm disappointed and I'm angry. I was disappointed with our mental approach more than anything else.

"From a mental point of view we suffered a similar kind of approach against Tottenham Hotspur. I thought that we'd overcome that, but it would now appear that there's still a great deal of work to do to be able to get these players truly motivated and up for playing these games.

"I think particularly in the first half our pressing wasn't good enough. We didn't press far enough up the pitch and I think there was a definite lack of determination, particularly in our own penalty area. The first goal was a pretty massive example of how we lacked determination."

Arsenal's next fixture is in the FA Cup fourth round against Manchester United at home on 25 January (19:55 GMT) live on BBC One. The Gunners' next league game is at the Emirates against Cardiff on Tuesday, 29 January (19:45 GMT).

Chelsea have their Carabao Cup semi-final second leg against Tottenham on Tuesday (19:45 GMT) as they look to overturn a 1-0 first-leg deficit. They then play Sheffield Wednesday in the FA Cup on 27 January before returning to league action on 30 January with a trip to Bournemouth.