Liverpool's defeat by Manchester City was a setback for Jurgen Klopp's side but it is not a result that will knock their confidence or affect the Reds' belief that they can win this title race.

Their loss had nothing to do with nerves, or any lack of effort or ability, and it is not as if City won by dismantling Liverpool or exposing any flaws in their team.

The Reds were just edged out of a very tight game against one of the best teams in Europe, and it could easily have ended up with a different outcome.

Of course it opens things up at the top of the Premier League table, but Liverpool are still four points clear with 21 games gone, which is better than they probably expected at the beginning of December, let alone at the start of the season. 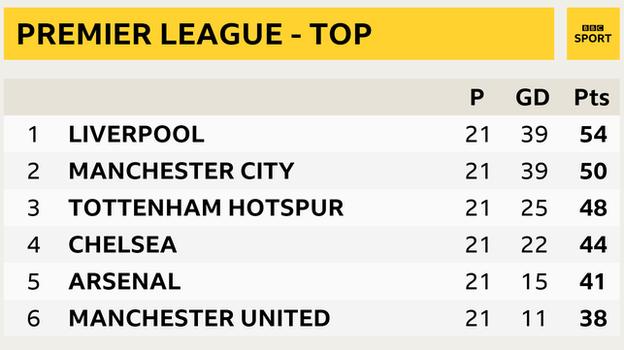 Yes, they have just lost to their closest rivals, but that is the only negative about their situation.

If you had said to Klopp in August that Liverpool would have clear daylight at the top at the start of January, having just lost their first game of the season, he would have snapped your hand off.

They were always going to lose at some point. Now they just have to react in the right way.

Losing unbeaten record can take the pressure off

When I heard Liverpool defender Dejan Lovren say before Christmas that they could emulate Arsenal's Invincibles side of 2003-04 and go the whole league season unbeaten, I groaned.

I was often in a similar position during my playing career, and you just never, ever, ever say that.

Experience tells you that, even if you go on to win the title, you always have one or two bad days where you get beaten and, as soon as Lovren said that, I thought it was asking for trouble.

In many ways, though, it is a good thing that Liverpool don't have to talk about staying 'invincible' any more. I think it takes a bit of pressure off.

From my experience, the players and the manager hate being asked if they can go the whole season unbeaten.

I just wanted people to shut up about it, and it becomes a millstone around your neck.

What do Liverpool need to do next? Start again

When City lost their first league game of the season, at Chelsea last month, Pep Guardiola didn't care about that record going - he just wants to win the Premier League, not remain unbeaten.

I am sure that is how Klopp will look at it too. The title was his target at the start of the season, and nothing has changed.

Now his side just have to start winning again. That is what City did when Liverpool beat them in January last year - they just went on another long unbeaten run.

There is no reason why Liverpool cannot do that too. They have got a fully-fit squad apart from Alex Oxlade-Chamberlain and they are all playing well.

The best way they can bounce back is by forgetting about what happened at the Etihad, and forget about what City do next too. 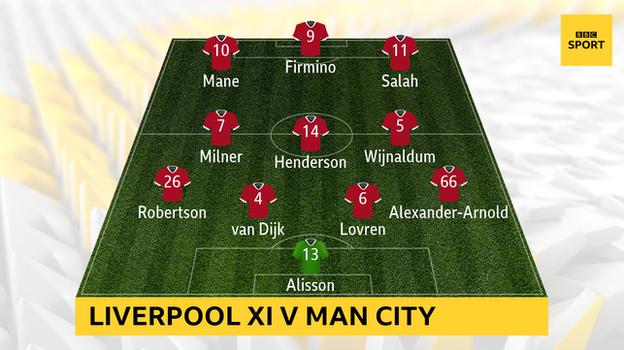 They need to focus on themselves. The only way I ever dealt with losing was by getting back on the bus and thinking about what went wrong on the way home, and then starting again.

Klopp knows better than anyone about how his side need to react and I actually think it is a good thing that they play Wolves in the FA Cup next, because it means he will be able to rest a lot of his players.

I am sure they will be fine - I would be more worried about Liverpool if I thought that one defeat by a good side was going to affect them, because that would be a real problem.

I think City shaded the game anyway so I would argue they deserved their victory, but it is the fine margins that always decide close matches like this one.

The chance Liverpool missed at 0-0 when Sadio Mane hit the post before John Stones cleared - with the ball only 1.12cms away from crossing the line - was always going to be costly.

If Liverpool had taken the lead then, I think they would have gone on to win the game because City were just starting to rock a little bit after making such a high-tempo start.

But I disagree with Klopp when he said he thought Vincent Kompany should have been sent off for his tackle on Mohamed Salah in the first half.

The referee, Anthony Taylor, got it right when he booked him and it would have been a really harsh red card.

Liverpool did not really find their stride

I don't think Liverpool ever really found their stride against City, or played at the level we have come to expect from them, yet they still only suffered a narrow defeat.

The Reds did not really get their passing and moving going to their usual standards, but that had a lot to do with how well City played.

Stones and Kompany were brilliant at the back for Pep Guardiola's side, and Fernandinho was outstanding. Between them, they held City together defensively.

They really made Liverpool hurry when they got on the ball in the City half and it meant the Reds' front three did not get their usual service in the danger areas.

Salah, Roberto Firmino and Sadio Mane all came deep to get the ball instead but that was part of the problem because it meant that, when they were in possession, they were a long way from Ederson's goal.

Liverpool did not do much wrong in defence either, but they were caught out for Leroy Sane's winner.

It felt like they were trying to over-run City like they do to other teams in the league but where normally they can keep possession and keep the opposition pegged back, they could not contain City and it only took one ball to open them up.

In these kind of games, against the top teams, you cannot afford to switch off for a second, even when you have the momentum.

That is what happened on Thursday night but the consolation for Liverpool is that, even in defeat, they showed there is absolutely nothing between them and City at the moment.