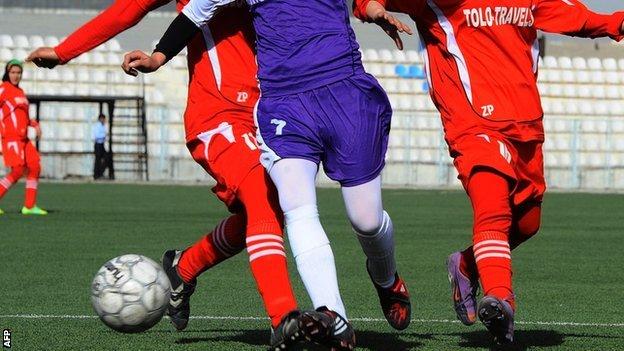 Afghan Football Federation president Keramuddin Keram has been suspended while allegations of sexual abuse of members of the women's national team are being investigated.

Allegations have been made by several former players and Kelly Lindsey, the American former head coach of the team.

The decision was taken by Afghanistan's attorney general's office, which is carrying out the investigation.

The Afghan Football Federation has called the allegations "groundless".

Keram is one of six officials suspended while the investigation is ongoing.

Football's governing body Fifa is also "looking into" the claims.