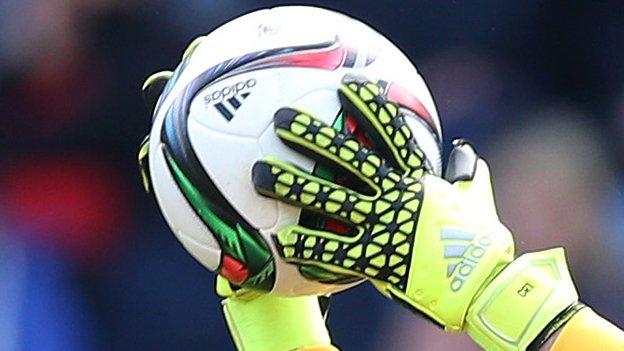 An amateur Irish football club have apologised after falsely reporting the death of one of their players.

Dublin club Ballybrack FC had informed the Leinster Senior League that Fernando Nuno La-Fuente had died in a traffic accident.

Their game against Arklow Town on Saturday was postponed while a minute's silence was held before other fixtures.

However, it emerged that La-Fuente is alive in his native Spain and the league has launched an investigation.

The league placed a death notice in an Irish newspaper, offering its "heartfelt condolences" to his family and Ballybrack FC, before being notified La-Fuente had not died.

"It has come to the attention of both the club, senior players and the management team that a gross error of judgement has occurred emanating from correspondence sent from a member of the senior set-up management team to the Leinster Senior League," Ballybrack said on Tuesday.

"An emergency meeting was held and the person in question has been relieved of all footballing duties, within Ballybrack FC, its senior team and roles within the club itself.

"The club has contacted Fernando to confirm his whereabouts, wellbeing and are thankful for his acceptance of our apology on this matter.

"This grave and unacceptable mistake was completely out of character and was made by a person who has been experiencing severe personal difficulties unbeknownst to any other members of the club.

"At this stage we can only offer our sincere apologies to the Leinster Senior League, our opponents Arklow Town FC and the host of clubs and football people who made contact with us or offered messages of support in recent days."

"The young lad didn't die in a motorbike accident last Thursday. He went back to Spain four or five weeks ago apparently," he added.

"The Leinster Senior League rang yesterday morning. We wanted to show our sympathies and go to the Mass and maybe meet the family and see what we could do to help in this horrible situation.

"We checked the hospitals, we checked everywhere. Nobody could find anything about this young fella. Obviously, some of his team-mates released stuff on social media saying he went back to Spain four weeks ago."

The Leinster Senior League had earlier released a statement which outlined its plans for an investigation.

"The Leinster Senior League will co-operate with all relevant agencies in the investigation of this matter and the league will also deal with this issue through their own internal disciplinary procedures," it said.