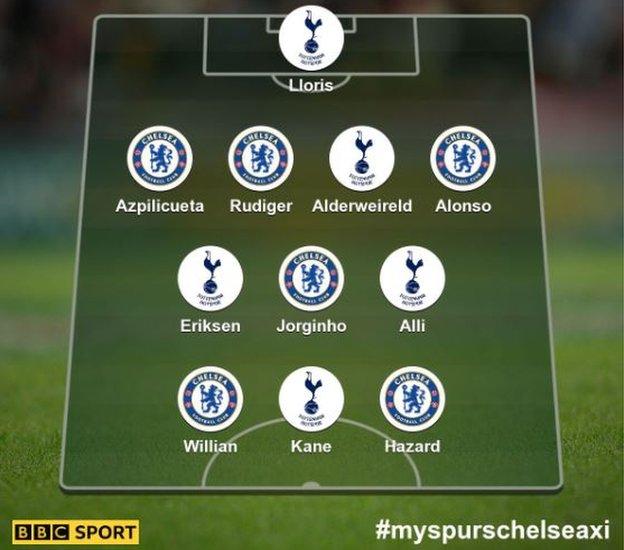 Chelsea may have handed N'Golo Kante a new deal on Friday but there was no place for the Frenchman in your combined Tottenham and Chelsea XI.

Fourth-placed Spurs are set to host the Blues, who are third in the Premier League, on Saturday.

Kante was kept out of your midfield by team-mate Jorginho and Tottenham pair Dele Alli and Christian Eriksen.

However, you showed more faith in the Blues' defence - Cesar Azpilicueta and Marcos Alonso are your full-backs, with Antonio Rudiger partnering Tottenham's Toby Alderweireld at centre-back.

But how will the players do for real? Find out here later with our live radio and text commentary of the match at Wembley (17:30 GMT kick-off).