England staged a superb late comeback to beat Croatia at Wembley to reach the finals of the inaugural Uefa Nations League.

Croatia, England's World Cup semi-final conquerors in Moscow in July, looked set to win once more and relegate Gareth Southgate's side from the elite group when Andrej Kramaric's twisting finish put them ahead via a deflection off Eric Dier after 57 minutes.

England needed two goals to top the group and reach the semi-final and final stages in Portugal next June, and at least inflict a small measure of revenge on Croatia for that World Cup disappointment.

And they responded brilliantly to get the win their performance deserved and secure qualification for the next stage of the tournament.

Substitute Jesse Lingard scored from almost on the line with 12 minutes left before, with five minutes remaining, captain Harry Kane slid in Ben Chilwell's free-kick to send England through and relegate Croatia.

Southgate will have feared an old flaw was returning to haunt his side when Kramaric put Croatia ahead just before the hour after seemingly taking an age to twist and turn before beating Jordan Pickford.

It was cruel on England and punishment for failing, as they did in Moscow, to make the most of vast first-half superiority as they created a series of chances but contrived to miss them, with Kane and Raheem Sterling the chief culprits.

England could have been forgiven for believing the fates were against them as they trailed to their League A Group Four opponents, who have become something of a bogey side over the years.

Instead, they responded with courage and character as the clock ticked down to rescue glory and a place in Portugal from the prospect of relegation into the lower reaches of the Nations League. The victory also guarantees England a place in the Euro 2020 play-offs, a fallback in the event they fail to qualify for that tournament through the traditional route.

Southgate can take his share of the credit for two attacking substitutions, sending on Lingard and Jadon Sancho with England's backs against the wall, the reward coming in the shape of that decisive late rally.

It hardly counts as retribution for the disappointment of the World Cup semi-final but it was a demonstration this England side is developing under Southgate, this victory acting as a measure of their progress.

The obvious joy of England's players and supporters after that dramatic finale was another indicator the Uefa Nations League, mocked and maligned at its inception, is capturing the public's imagination.

It is not yet close to being ready to be spoken about in the same breath as the major tournaments such as the World Cup and the Euros - but England's adventure so far has produced hard evidence the idea behind its creation - to add an extra edge beyond traditional friendlies - has been a success.

The atmosphere inside Wembley when England went a goal behind was testament to this, with the crowd clearly aware of the consequences and what Southgate's men required to avoid the worst fate.

The group situation added an extra layer of tension and atmosphere, contributing to a memorable conclusion.

The Nations League results have also seen England respond to an ongoing criticism they fail to beat the top sides, with even Southgate insisting they could not be considered among the world's elite until they beat the best. The World Cup did nothing to answer those questions.

Now, in this increasingly competitive environment, they have recorded significant wins away to Spain and now at home to the team that outmanoeuvred them in Moscow.

England and Wembley embraced this new format - and relished in the occasion.

England's 'Football Coming Home' anthem became a serious bone of contention at the World Cup - with Croatia using it as a sign of arrogance from their opponents in the build-up to the semi-final.

That was harsh and misleading as the song was actually written as a hymn to England's failures and disappointments in the lead-up to staging Euro '96 on home soil.

In Russia, it worked to fire up Croatia even if it was unfair on England as the message was twisted.

Was it mischievous, then, that the strains of the song were belted out over Wembley's public address system at deafening volume the second the final whistle sounded and was instantly joined by thousands of celebrating England fans?

No-one should count this as revenge for the World Cup but England and their supporters took great satisfaction in overcoming notoriously difficult opponents. 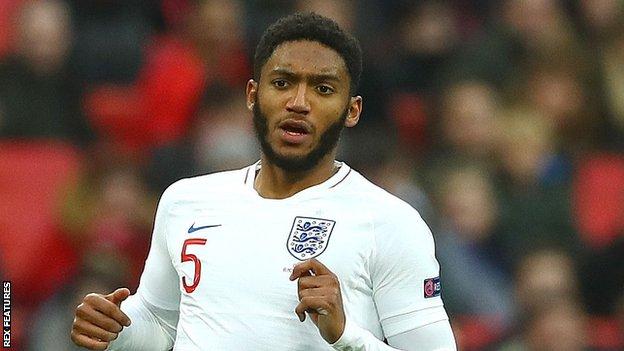 England manager Gareth Southgate on BBC Radio 5 live: "I think the most pleasing thing of the year has been the connection with the fans and being able to share brilliant experiences with them.

"Today was brilliant - I can't remember the new Wembley like that. We have exciting players that give them excitement.

"We were by far the better team in the first half and we came back from a soft goal. If you're going to win a game that's the way you want to win.

"We were playing against a very, very good side. To keep the ball, use the ball and create chances was very pleasing. And you have to keep calm - when you think the chances have gone then you have to keep believing."

England striker Harry Kane on BBC Radio 5 live, talking about where his winning goal ranks: "It's right up there. To see the fans like they were and the belief they showed. It's all about having match-winners in the squad.

"It's one of England's best years. We could win a trophy.

"To carry the momentum into the new year... we've had a fantastic year, but not rested on our laurels."

England goalkeeper Jordan Pickford on BBC Radio 5 live: "The atmosphere is probably the best we've had at Wembley, so credit to the fans.

"This Nations League makes you want to beat the best. We've beaten two of the top 10 sides in the world. Now we have another semi-final - it'll be a good summer."