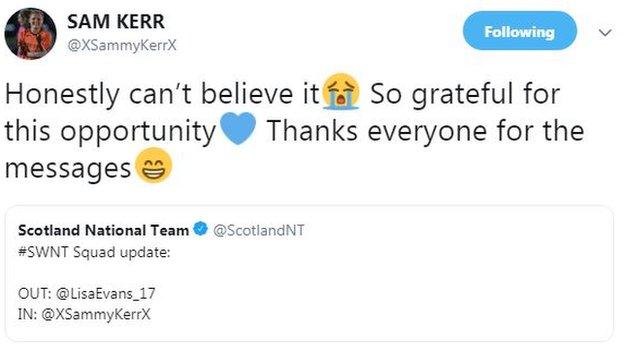 Glasgow City midfielder Sam Kerr has been called up to the Scotland squad for the first time before next week's friendly with United States.

Kerr, 19, replaces Arsenal's Lisa Evans, who became the second player to pull out, along with club team-mate Emma Mitchell.

Shelley Kerr's Scots will take on the world champions in Paisley on Tuesday.

Both sides will feature at next year's Women's World Cup and it will be a first appearance for Scotland.

Kerr has featured for Scotland at Under-16, Under-17 and Under-19 levels.