Leicester City staff, players and fans were in tears as they held a minute's silence for their owner Vichai Srivaddhanaprabha, before their first match since his death.

Supporters travelling to the game away at Cardiff City on Saturday started the day with a free breakfast and tribute t-shirt provided by the club, which many were seen wearing at the match.

Fans unfurled a huge flag tribute to Srivaddhanaprabha, from Thailand, before kick-off and players wore their own t-shirt tributes to the man known affectionately as 'The Boss'.

The Premier League match was the Foxes' first since Srivaddhanaprabha and four other people were killed in a helicopter crash outside King Power Stadium on 27 October.

Manager Claude Puel had said the result in Cardiff was "not important" but Leicester performed well and a second-half Demarai Gray goal was enough to give them a 1-0 victory.

Srivaddhanaprabha's funeral began at a temple in Bangkok, Thailand, on Saturday. 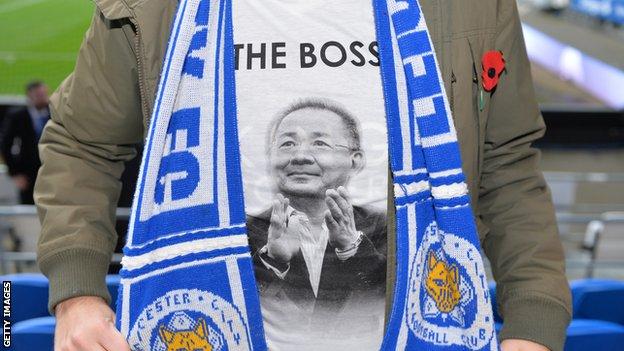 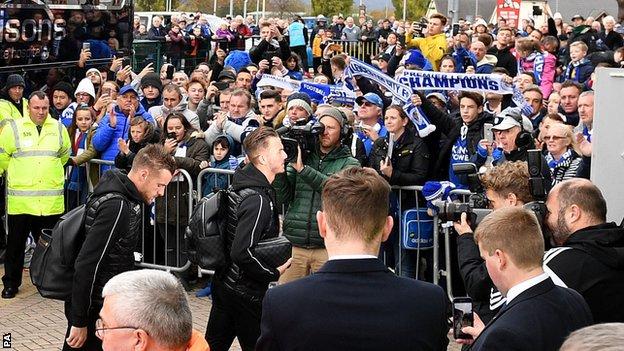 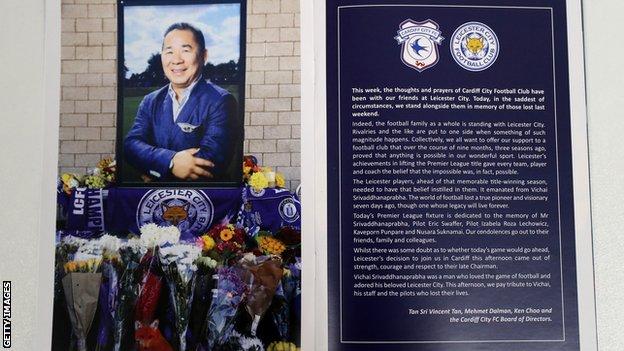