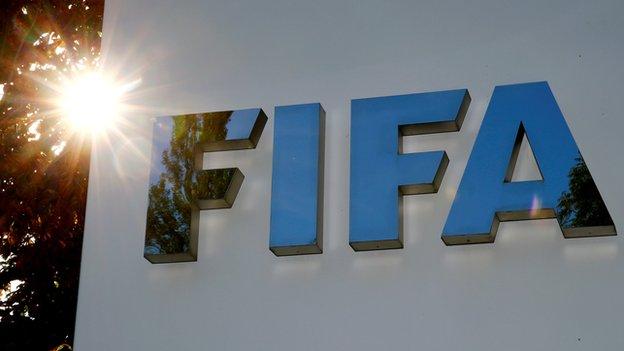 Fifa has suspended Sierra Leone from international football because of government interference in the running of the country's football association.

"The suspension will be lifted once the SLFA and its recognised leadership have confirmed to Fifa that the SLFA administration, premises, accounts and communication channels are under their control once again," Fifa said.

If the ban is not lifted before 11 October, Sierra Leone's 2019 Africa Cup of Nations qualifier in Ghana will be cancelled. The return fixture is scheduled for 15 October.

Sierra Leone are one of four teams with three points in Group F, which also includes Ethiopia and Kenya.

The ACC says that, under Sierra Leone law, both SLFA president Isha Johansen and general secretary Christopher Kamara must vacate their posts until their case on corruption-related charges concludes.

Both Johansen and Kamara have denied any wrongdoing.

Fifa had repeatedly warned Sierra Leonean authorities the ACC's actions could result in a ban and, in a letter dated 28 September, sought a meeting with the government to address the impasse.

"To date, the court sentence on the charges brought forward by the ACC., which had been scheduled for 2 October, has been postponed indefinitely, reducing the likelihood of a swift resolution of the matter," said the letter signed by Fifa Secretary General Fatma Samoura.

"The SLFA's national and affiliated club teams are no longer entitled to take part in international competitions until the suspension is lifted."

While the government has claimed it had nothing to do with the ACC's actions, Fifa outlaws 'undue influence from any third party'.