For two seasons, the Ibrox side have lusted for a derby win as Celtic swept all before them en route to successive domestic trebles. The Gers fans are imbued with the belief that this time, with Gerrard at the helm, they can end their 11-game wait for Old Firm glory.

How will the former Liverpool captain and his new-look squad handle the occasion? After a frustrating summer, can Celtic continue their city dominance?

Once united in pursuit of a Premier League title, Rodgers and Gerrard meet as rival managers for the first time.

Gerrard is unbeaten in 12 outings as Rangers boss and has unquestionably improved the rudderless group he inherited.

Rodgers, formerly his manager at Liverpool, has won everything on offer in Scotland since arriving in 2016, and has never lost an Old Firm derby.

The prevailing perception is that Rangers have narrowed the gap on their city foes with a summer overhaul. Whether that is true remains to be seen. 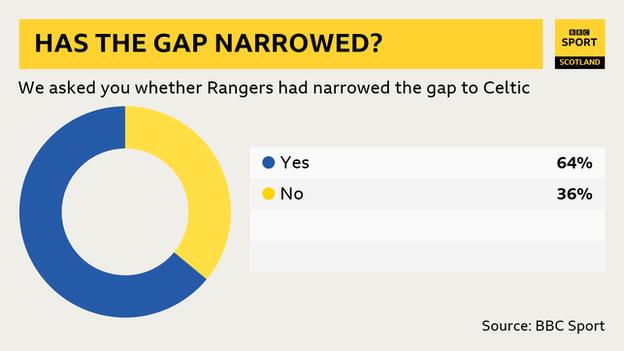 How does it feel to be an Old-Firm newbie?

When kick-off comes, the noise, colour, everything makes you go, "wow, this is brilliant". Then you hear some of the things that are being said and shouted...

The next 90 minutes is usually quite enjoyable, whether you're up or down. The madness erupts if you've not won after the game when you've got to explain to everyone what went on.

You find it enthralling, exciting, a wee bit disappointing because of the behaviour. 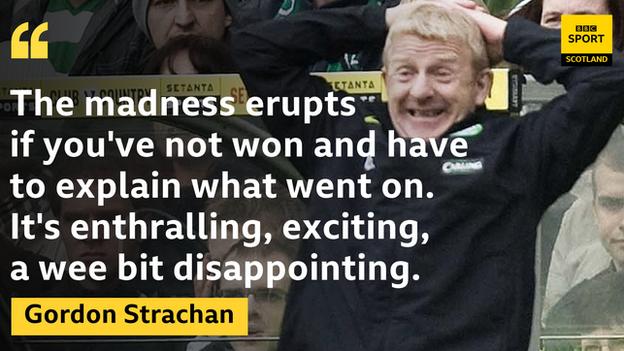 Can Gerrard handle the Old-Firm heat?

Stevie was sent off in just his second Liverpool v Everton contest for a stoppage-time, thigh-high lunge on Kevin Campbell.

In the 31 Merseyside derbies he played subsequently - and likewise the numerous grudge matches with Manchester United - he learned how to control his emotions. How to channel them into affecting what happened on the pitch. Mostly, anyway.

So when he steps out of the tunnel at Celtic Park he'll know exactly how he should behave.

And he'll know how big a marker he can set down by leading Rangers to their first 90-minute win over Celtic in six years.

The past month has been the toughest of Rodgers' reign. He has brought lavish success to Celtic - those back-to-back trebles, electric Champions League nights, and a thunderous, deafening dominance over Scottish football.

Lately, though, fractures have emerged. Indications that all is not well between Rodgers and the club's board.

The manager has been unable to address his squad's shaky central defence - a deficiency exposed by AEK Athens that meant for the first time under his stewardship, Celtic failed to reach the Champions League group stage.

Rodgers publicly let his frustrations at the lack of transfer activity be known after the club missed out on several targets.

Earlier this month, centre-back Dedryck Boyata declared himself injured for a League Cup tie, despite the manager saying he was fit. It seemed the Belgian international was agitating for a move.

The 22-year-old has so often been Celtic's man for the big stage. He's scored against Manchester City and Paris St Germain, and found the net seven times in nine matches against Rangers. It will be up to Odsonne Edouard or Leigh Griffiths, both of whom have bagged derby goals, to lead the line on Sunday.

Kyle Lafferty and Allan McGregor, back at Ibrox for second stints, are seasoned competitors in this fixture.

For Celtic, Filip Benkovic could feature after the centre-back completed a loan move from Leicester City, as may former Kilmarnock midfielder Youssouf Mulumbu, another deadline-day addition.