Rangers forward Jamie Murphy has been ruled out for the rest of the season after damaging knee ligaments.

The Scotland international, 28, ruptured his anterior cruciate ligament in Sunday's 3-1 League Cup win at Kilmarnock, prompting Steven Gerrard to criticise the use of artificial turf.

The Rangers boss said the club will give Murphy "all the support he needs".

"Jamie has been excellent for me since day one. We are trying to help him in every way we can," said Gerrard.

"He is a huge player for us. I'm bitterly disappointed over it. He's coming to terms with it now but at the beginning he was upset, as you can understand."

Rangers have already moved to bolster their forward options, having been given permission by Hearts to speak to Kyle Lafferty, who is poised to return for a second spell at Ibrox.

Gerrard also reiterated that he hopes to sign another defender before the 31 August transfer deadline to provide cover for first-choice centre-back pairing Connor Goldson and Nikola Katic.

Rangers signed Murphy on a permanent deal from Brighton this summer after a successful loan spell last season which brought five goals in 19 games.

He scored in Gerrard's first competitive game in charge at Ibrox - a 2-0 Europa League qualifying win over Shkupi - and had started seven of their nine games this term. 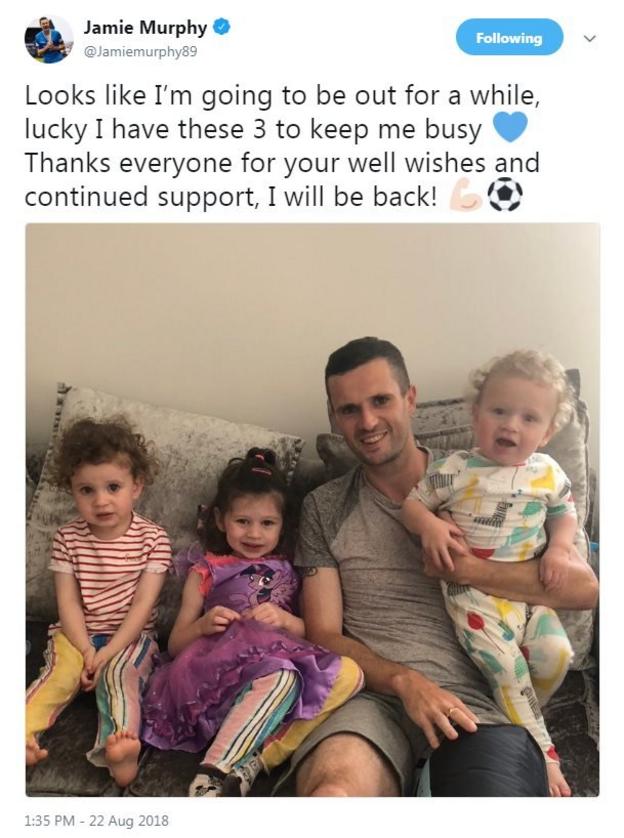