Barnsley have written a supportive letter to a lifelong fan who openly discussed his depression and anxiety on social media.

Chris Ryder received the letter from the club's chief executive Gauthier Ganaye and posted it on Twitter.

Mr Ganaye said his "office door is always open" and the League One club would be "returning the favour" in support for his loyalty as a fan.

Ryder told the BBC he was "shocked" to receive the letter from the club.

"Initially when I saw the badge on the top of letter, I thought 'uh-oh, what have I done?'" said the Tykes fan, from Barnsley.

"I've been known to be a little bit cheeky, all in good fun, to the guys who run the social media page [at Barnsley], so reading it I was really shocked."

He posted on social media to thank people for getting in touch offering their support. The club said it "wishes Chris all the best and offers its full support going forward".

The tweet of his letter, which he captioned "Best football club in the world", has been widely shared across social media.

The English Football League, which works closely in partnership with mental health charity Mind, described the letter as "a touch of class". 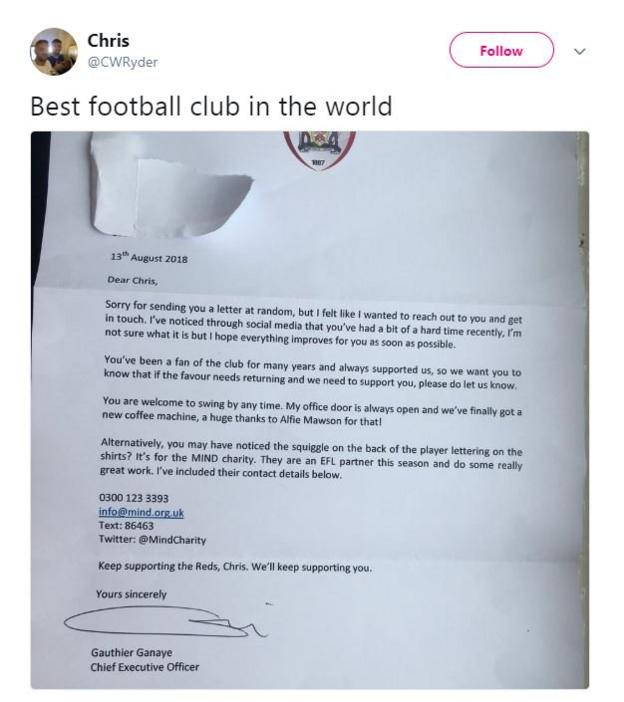