Karius, 25, was blamed for Borussia Dortmund's third goal in their 3-1 victory over the Reds, having made a mistake at Tranmere earlier this month.

In May, the German made two high-profile errors in the Champions League final defeat by Real Madrid.

"Stay strong Karius, it has happened to the best of players," wrote Salah.

Karius had earlier responded to criticism with a message on Instagram.

"To those who take joy in seeing other people fail or suffer, I feel for you," he wrote.

"Whatever it is that's happening in your life to hold this much anger and hate, I pray that it passes and good things come to you." 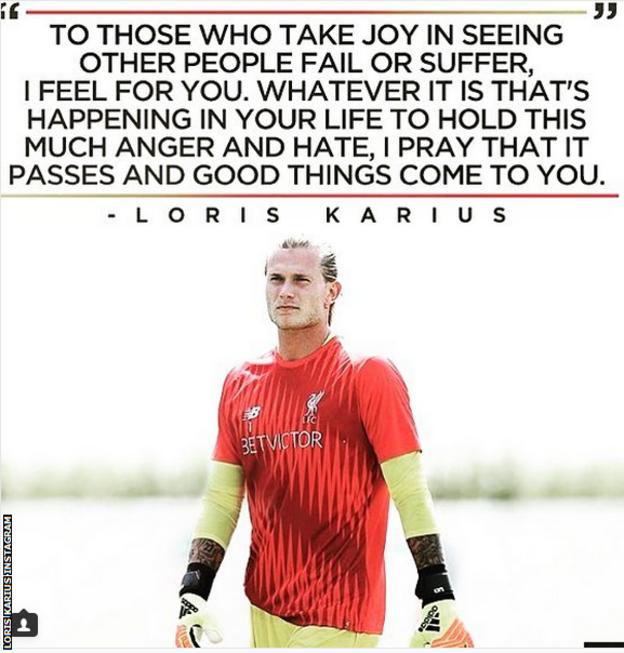 Liverpool manager Jurgen Klopp has defended Karius, but warned the goalkeeper will continue to be criticised until "he has a few fantastic games".

The Reds have strengthened their goalkeeping options this summer with the acquisition of Brazilian Alisson from Roma.