Ridiculous? Or the right decision?

There was no doubt about the most controversial moment in Sunday's World Cup final.

France went 2-1 ahead against Croatia in Moscow thanks in no small part to the video assistant referee.

When a flick-on from Samuel Umtiti struck the left arm of Ivan Perisic in the Croatia area, Argentine referee Nestor Pitana did not award a penalty.

But, after consulting with the VAR, he then watched it back on a pitchside camera and changed his mind, awarding a spot-kick that Antoine Griezmann slotted home.

Was it deliberate handball? Did Perisic have time to move his hand out of the way?

France went on to win the match 4-2, winning the World Cup for the second time.

Here's how the BBC Sport pundits saw the key incident.

Former England striker Alan Shearer on BBC One: "There is no way a ridiculous decision like that should be deciding this final. It doesn't deserve it after the tournament we have had.

"It will be a crying shame if this game is decided by that decision."

Former England defender Rio Ferdinand on BBC One: "You can't 100% say it's a penalty and he meant that. He's not deliberately trying to handle that ball.

"It's too close to him to react. The fact the referee took so long to make a decision, he can't be certain."

Former Germany manager Jurgen Klinsmann on BBC One: "When you are not sure, you don't give it. It was the wrong decision."

Former England midfielder Chris Waddle on BBC Radio 5 live: "I think it is a penalty. I would have given it. Perisic has stopped the ball going through with his hand."

France's first goal came from a controversially awarded free-kick. Replays showed Marcelo Brozovic, who was closest to Griezmann, did not touch him as the Frenchman fell.

From Griezmann's curling free-kick, Mario Mandzukic headed into his own net to give France the lead.

"It's a dive," said Shearer. "Brozovic goes in to close him down and Griezmann was expecting to be hit and he wasn't."

Ferdinand added: "Two bad decisions have turned the game on its head."

Former England player Sir Trevor Brooking, speaking on BBC Radio 5 live, said: "I am so annoyed. It was never, ever a free-kick. Griezmann hardly got touched." 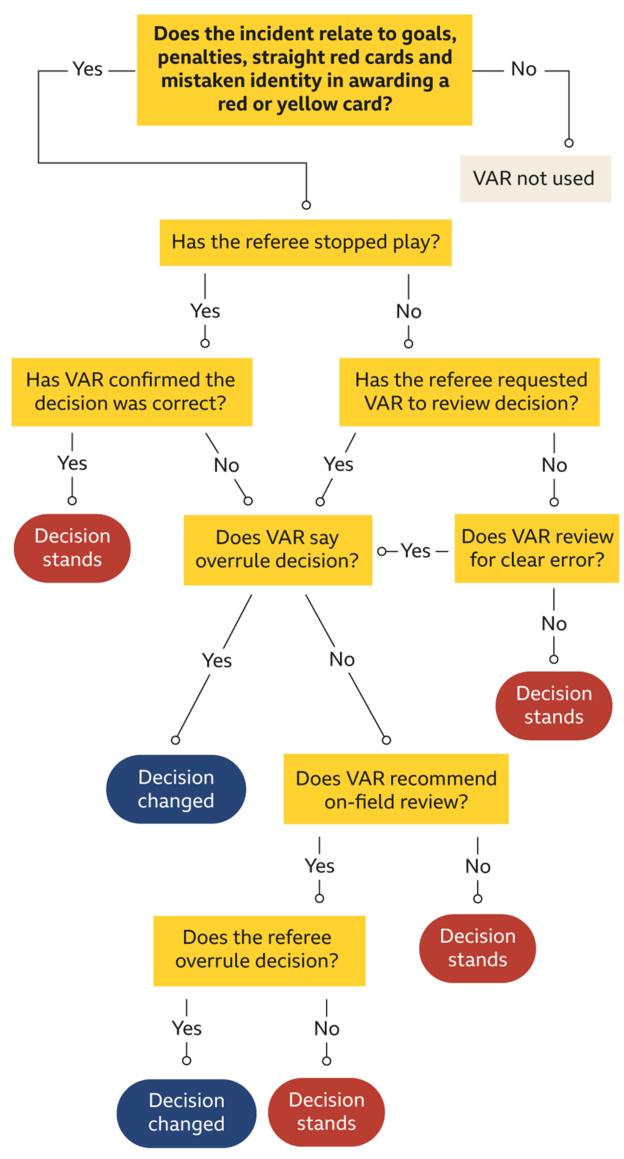 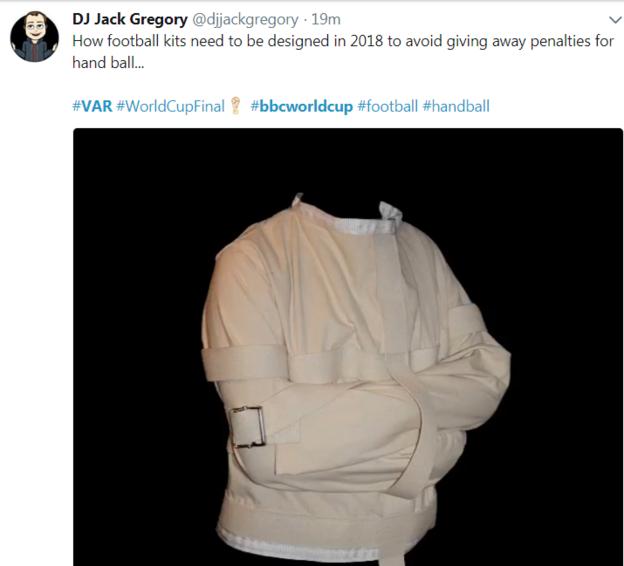